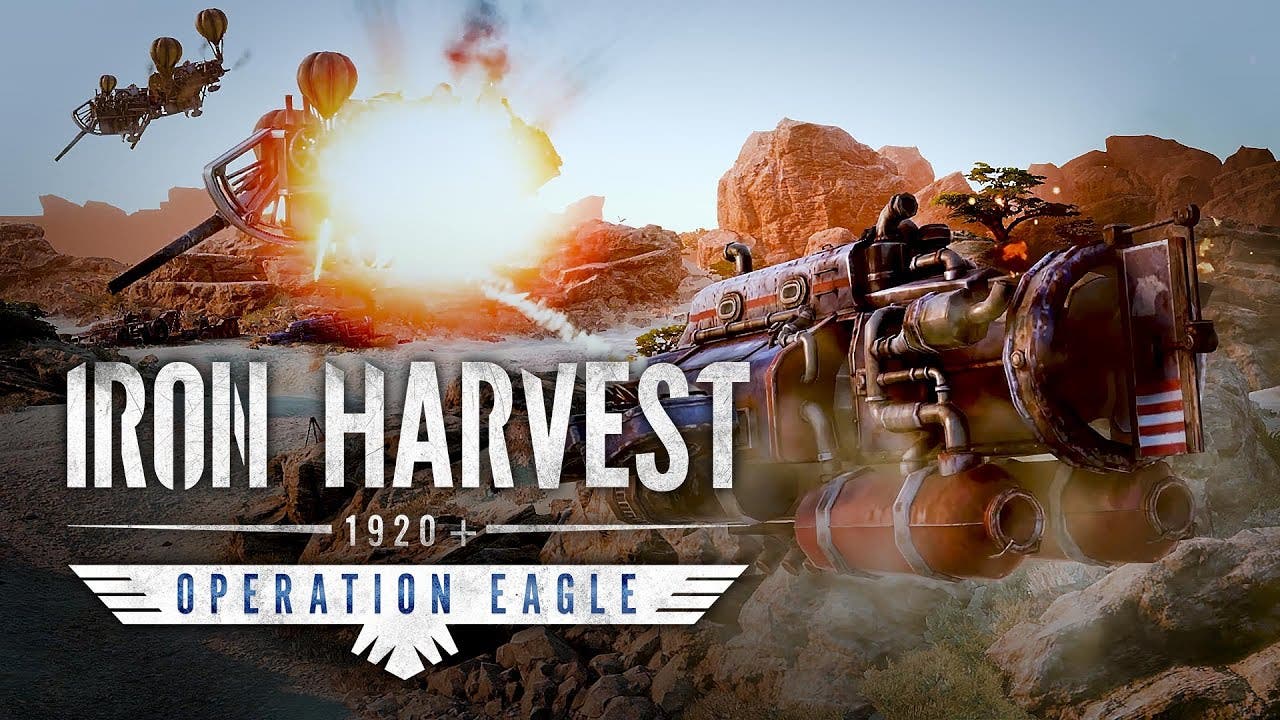 Larkspur, Calif. (May 27, 2021) – Is it a bird, is it a plane? Maybe it’s a bit of both. The American Union of Usonia and their giant diesel-punk airships have entered the battlefields of Iron Harvest. KING Art Games today have released Iron Harvest: Operation Eagle, the first major add-on content for the critically acclaimed RTS Iron Harvest.

*Every Iron Harvest player will get access to new units, buildings, and maps via matchmaking.

Unnoticed by Europe’s old elites, the American Union of Usonia stayed out of World War I and became an economic and military powerhouse. Relying heavily on their “Diesel Birds,” the Usonia faction brings American might to the Iron Harvest battlefield.

Arabia is a prosperous nation, rich in trade and oil. Its lands are populated by various tribes with complex politics. With the increased mass production of mechs, the Empire of Saxony now has a need and sees an opportunity to occupy Arabian land and claim its resource deposits for themselves. Having watched the devastation the World War from afar, the reigning king accepts a concession with Saxony to avoid conflict. Arabia’s Bedouins fiercely resist against the Saxony encroachment, but the Saxony war machines prove difficult to overcome. In desperation, the King of Arabia secretly contacts an ex-colonial nation – Usonia – to help Arabia reclaim its independence. Hope remains they will send aid for liberation.

For more, view our Operation Eagle Faction Frenzy video that reveals insights into the roster, background, and maybe even the secret motivations of Usonia’s entrance into the conflict – https://youtu.be/A2ANci_bzu4.

*Iron Harvest: Operation Eagle is available on Steam as an exclusive standalone product. This means that players who are new to Iron Harvest or want to check out Operation Eagle only can begin their conquest without purchasing the original base game (Steam only).

The standalone Steam version contain the entire Usonia campaign along with the Polania tutorial levels, and allows all players to compete in all multiplayer modes. Operation Eagle is also available as a standard DLC add-on for existing players on Steam, GOG, and Epic Game Store.