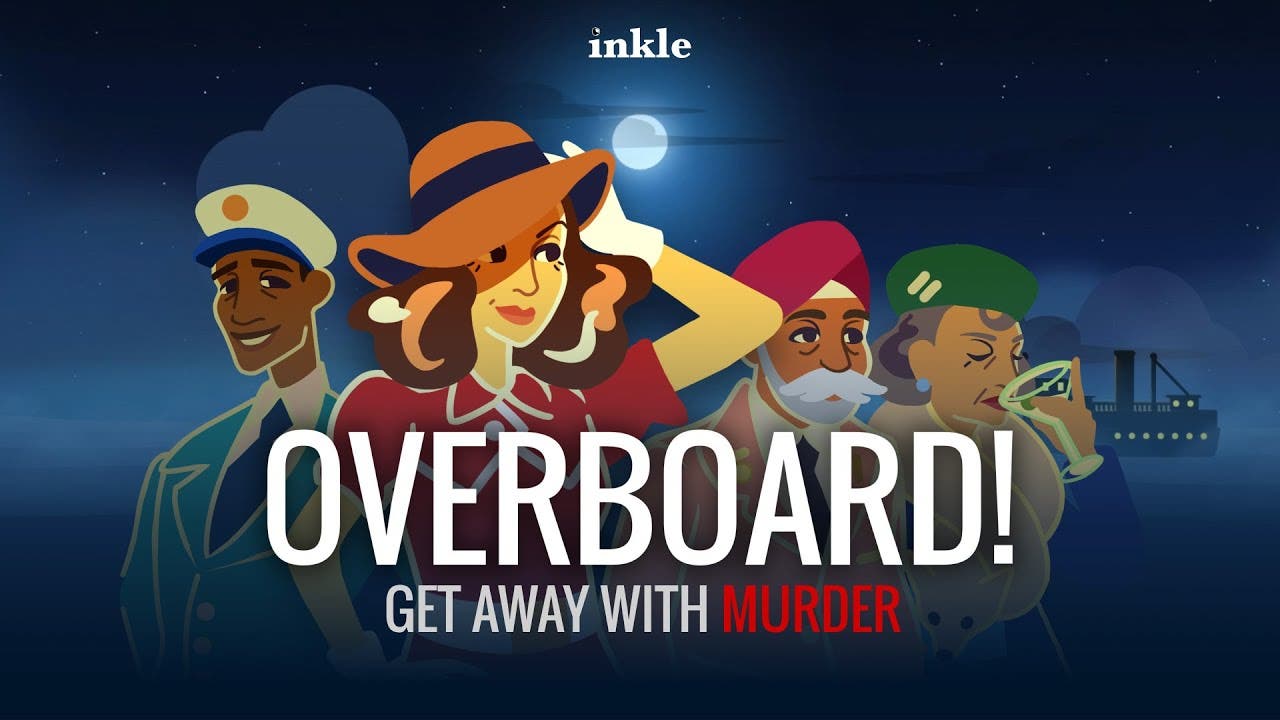 Overboard! from Heaven’s Vault developers inkle Ltd is a murder without the mystery – out now

In this murder mystery, you’re the one whodunnit. Now you have eight hours to cover your tracks and get away with murder. The only question is, who’s going to take the fall?

Get Away with Murder
It’s 1935. Actress Veronica Villensey, en route to America, has thrown her wealthy husband overboard. All she has to do now is pin the blame on one of her five fellow passengers. But that’s easier said than done when each would-be suspect has their own ideas about what happened, and can move freely around the ship in response to your choices.

Anyone could be a witness. Anyone could be the next victim. And convincing the authorities that Malcolm died by suicide won’t be enough — cash-strapped Veronica can only collect the life insurance money if someone gets the blame. Designed for multiple playthroughs with an enormous amount of variety and consequence, Overboard! is a narrative puzzle you’ll want to keep exploring until you’ve executed the perfect crime.

A Game No One Saw Coming
Today’s surprise release was first conceived in January 2021 as a fast, fun project to cheer up inkle’s UK-based team as they entered yet another COVID-19 lockdown. Overboard! is the award-winning narrative studio’s first day 1 release on Nintendo Switch and their first iOS release since the conclusion of Steve Jackson’s Sorcery! in 2016.