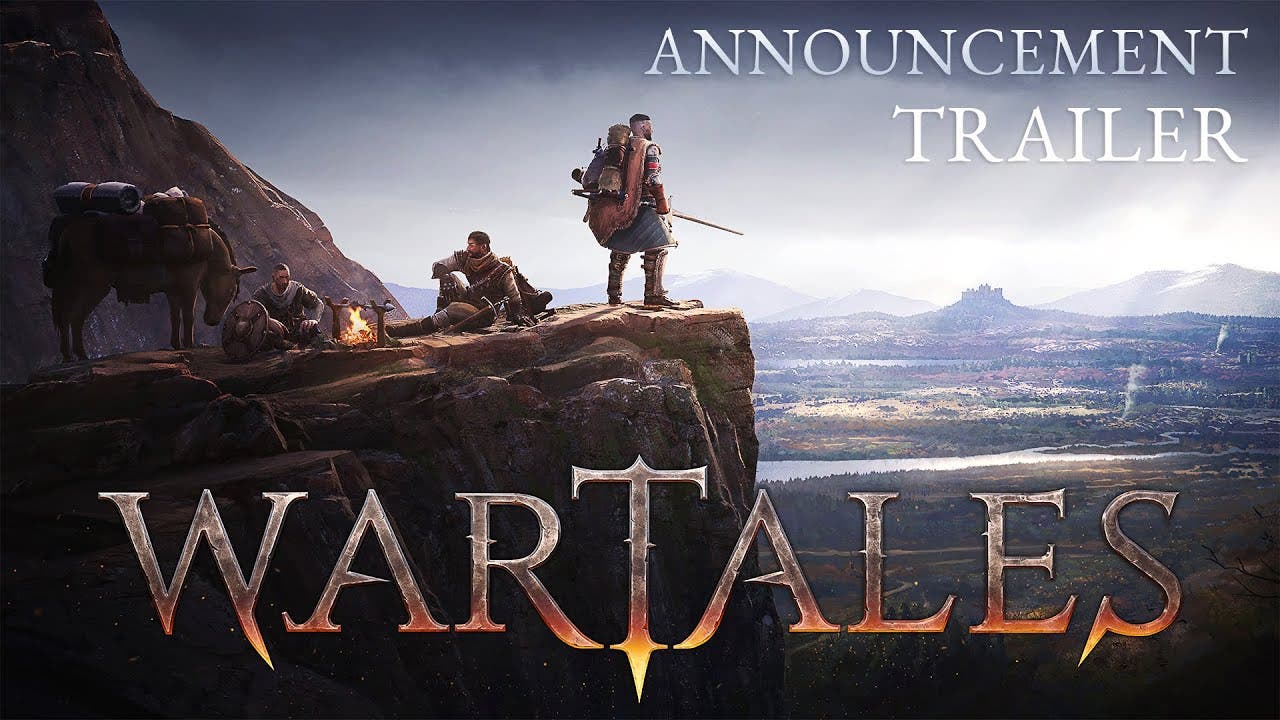 BORDEAUX, France – June 13, 2021 – Wartales, a medieval open-world tactical RPG following a mercenary warband, was unveiled today at the PC Gaming Show. Developed by Shiro Games, the studio behind the Evoland series and Northgard, which has sold more than 2.3 million copies, Wartales will arrive on Steam Early Access in late 2021.

A century after the Great Plague ravaged the world, those who remain struggle to survive. The cities still standing cautiously eye their neighbors, as roving raiders stalk travel routes in hopes of plundering valuables from unsuspecting travelers. Honest work is difficult to come by in this age, but in such dark and dangerous times, hired blades are always in high demand.

Journey across an expansive open world spanning multiple regions in a free-form adventure. Take up arms as a fledgling band of mercenaries seeking work from local taverns, fiefdoms, and duchies. Amass gold and precious resources while growing the company’s renown and attracting fresh recruits to replace fallen comrades for whatever trials lie ahead.

Mercenary life is a hard one, and the clash of steel is a constant threat. Overcome beasts and bandits alike in tactical turn-based battles where positioning and strategy are the keys to survival. Send sword-wielding brutes headlong into enemies to engage them in combat before directing thieves to flank foes and strike from behind. Command archers to rain arrows on survivors to slow their retreat and run them down before collecting the spoils of war.

Celebrate making it through each day by making camp to rest. Feed the fighters to keep them healthy and pay their wages every three days to keep the troupe together. Running low on food and coin can be disastrous, leading to desertion, mutiny, or worse. Pass time at camp by leveling up troops, unlocking new classes, and equipping new gear before returning to the road for another day of adventuring. Each character archetype has multiple subclasses with a variety of distinct strengths, and subsequent level-ups bring boosts to core attributes.

Build up the warband’s reputation by taking on jobs in inns and marketplaces found in each city. Purchase supplies from friendly innkeepers — or have a burglar pilfer their wares. Hire blacksmiths to repair armor and forge new weapons. Recruit new companions eager to make a name for themselves. Then venture into the wilderness to hunt, gather, and explore wild and mysterious lands to salvage valuable loot and uncover untold surprises.

“Wartales is an open-ended epic that’s all about player freedom,” said Nicolas Cannasse, Game Director, Shiro Games. “Its dark medieval setting and expansive world are crafted to ensure that no two adventures feel the same, and we cannot wait to welcome mercenaries to Wartales when it arrives on Steam Early Access and the Epic Game Store later this year!”

Wartales will launch on Windows PC via Steam Early Access later this year. For more information, please visit the official website and follow Shiro Games on Twitter. Wartales will have a playable demo available on Steam during the NEXT Festival, June 16-22, 2021.