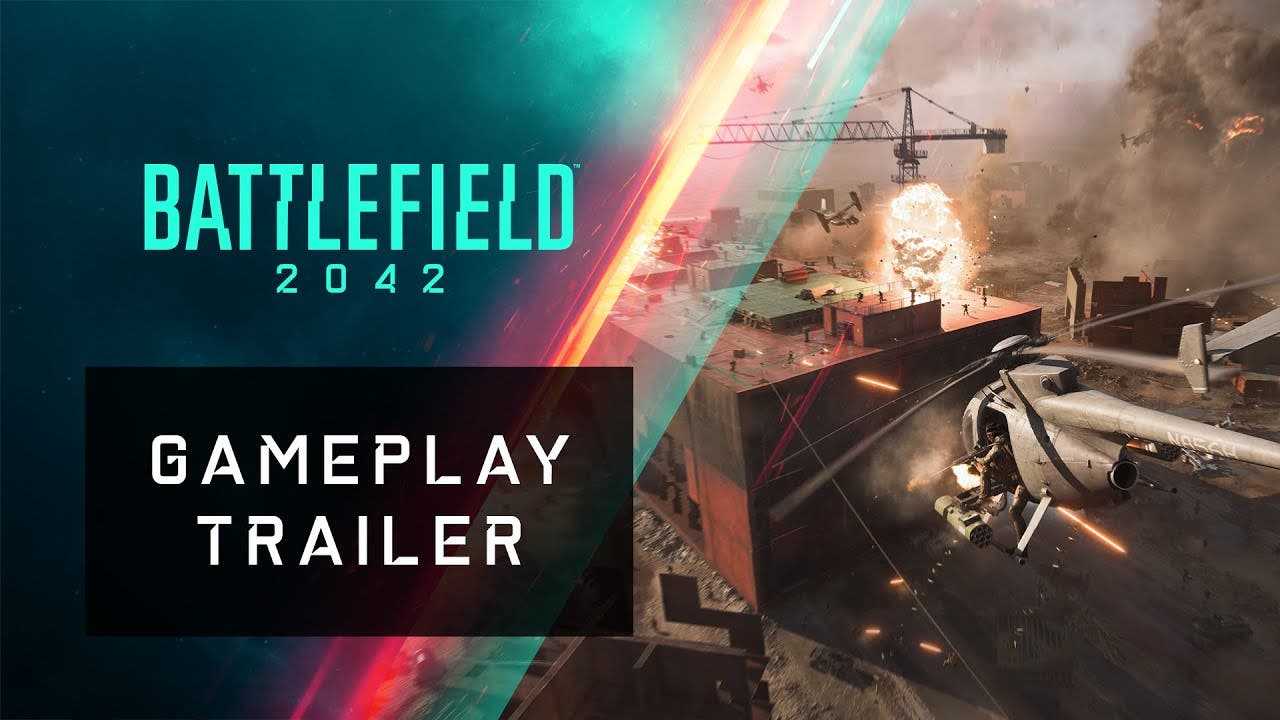 The trailer provides a first-hand look at gameplay for Battlefield 2042 and shows off the game’s massive scale and epic destruction, as well as providing the next look at the game’s range of weapons, vehicles, gadgets and maps.

During the Battlefield 2042 reveal earlier this week, the team at DICE provided players a look at the first of three distinct multiplayer experiences, All-Out Warfare. This experience includes the next generation of fan-favorite modes Conquest and Breakthrough, now featuring up to 128 players on PC and next-gen consoles, with maps filled with dynamic weather, dangerous environmental hazards, and spectacular world events.

In July, the team at DICE LA will reveal the second experience for Battlefield 2042 at EA PLAY Live on July 22. A love letter to Battlefield fans, this new experience is a brand-new game type that long-time players will feel right at home with. The third experience, Hazard Zone, is an all-new, high-stakes squad-based game-type that is a modern take on the multiplayer experience that will be revealed in more detail closer to launch.

In case you missed it, you can watch the Battlefield 2042 reveal trailer that debuted on Wednesday, June 9, here.

You can learn more about the world of Battlefield 2042 here.