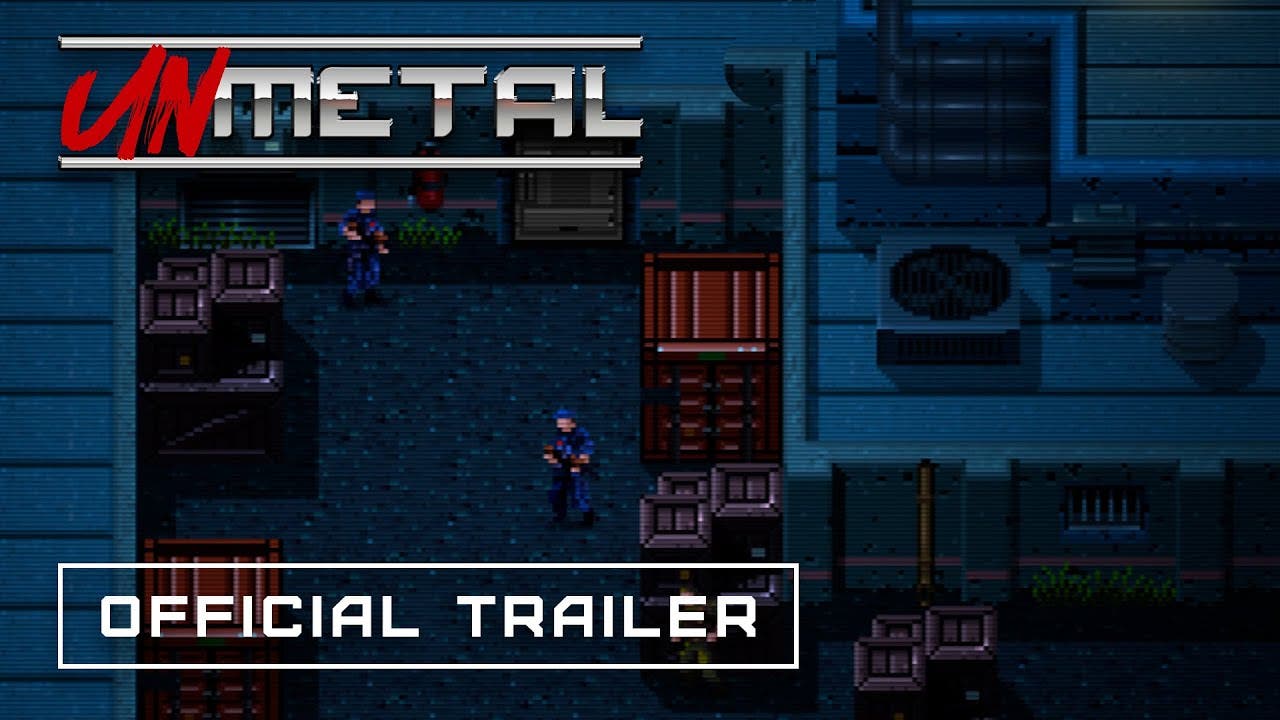 Versus Evil to publish stealth action game UnMetal, set for release this Summer onto consoles and PC

Baltimore, MD – June 15th, 2021 – Indie publisher Versus Evil in partnership with Independent developer Unepic_Fran are excited to announce that their 2D stealth action game UnMetal is coming to PlayStation 4, PlayStation 5, Xbox One, Xbox Series X, Nintendo Switch and popular PC stores Steam, Epic Games Store, and GOG this summer with a release date to be announced in the coming weeks.

An updated playable demo on PC for Steam is available for players to try, and coincides with new reveals and demos in Steam’s Next Fest from the 16th June.

UnMetal is driven by a narrative that piles on the 80’s movie and TV nostalgia alongside gameplay and characters heavily inspired by games where hiding in cardboard boxes is considered a sound evasion strategy. UnMetal’s top down 2D pixel-art visuals deliberately give the game a distinctly retro feel and tasks you, the player, to conduct a covert mission to escape a clandestine military base for a crime you didn’t commit. Espionage and deception go hand in hand as you take out video cameras with grenades, knock out nosy predictable guards and subdue pursuing enemies with military grade hardware when things inevitably go haywire.

“When Versus Evil first started to talk with UnEpic_Fran about UnMetal, I honestly didn’t know what to expect.  Once we played UnMetal and started learning more, we were hooked. This isn’t just a stealth action game, but a game that is fun, challenging, and wrapped up into a classic retro design filled with intelligent humor. There are truly some genuine laugh out loud moments in this game that make you feel like you are quoting lines from your favorite movie.  The Versus Evil team could not be more excited to launch UnMetal.” said Steve Escalante,General Manager of Versus Evil.

You can start your own escape on all the major console stores this summer, and UnMetal will also stealth onto Steam, GOG, Epic Game Store, Humble Store, Gamesplanet., VersusEvil.com and all other approved Versus Evil PC retailers.

Check out the new official UnMetal announcement trailer here which featured as part of the recent Guerrilla Collective 2021 game reveals.