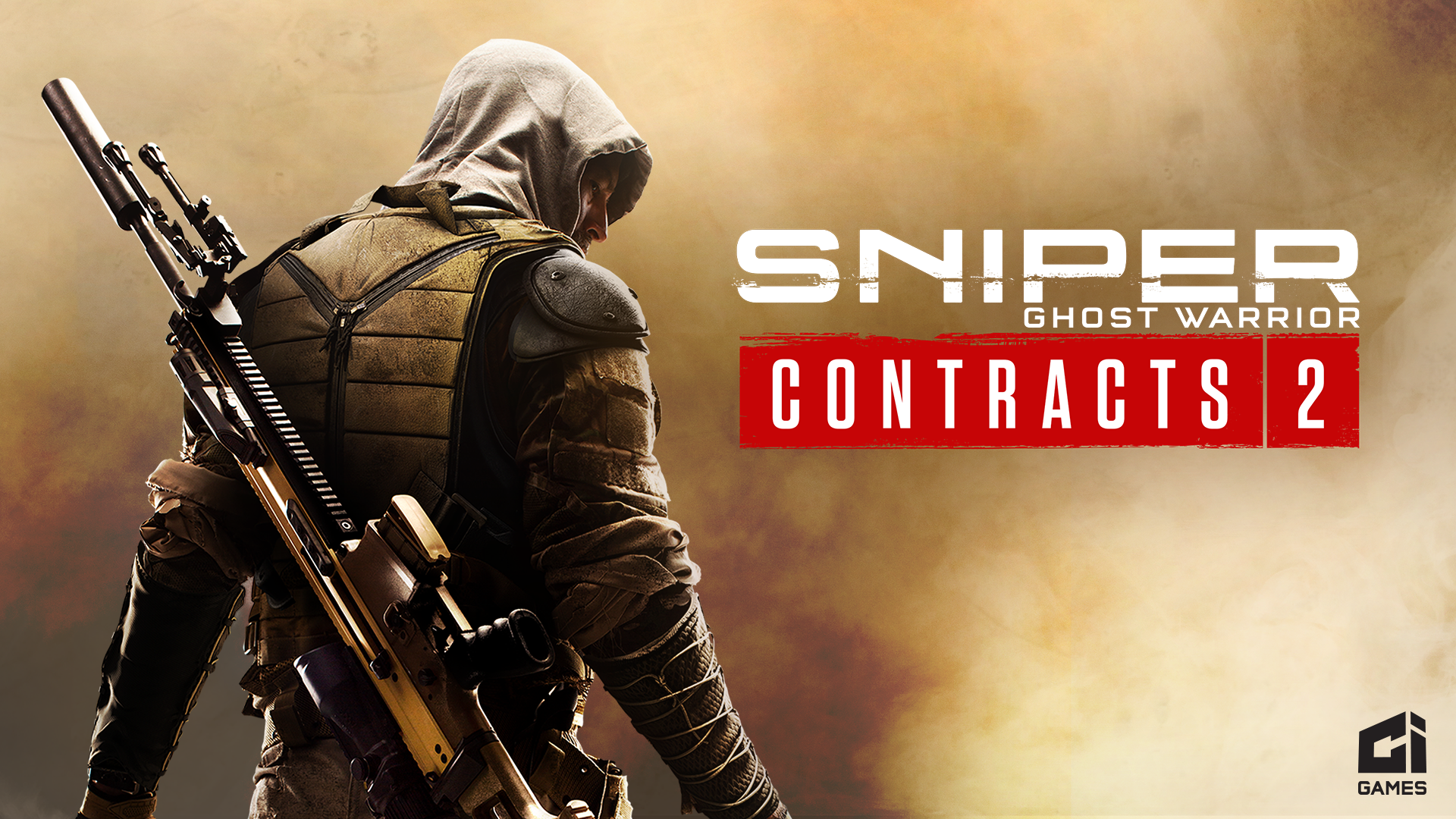 While I lauded the original Contracts for its promise and revitalization for the series, turned out to be short-lived. This is a good game, marred by outdated stealth design, a continued lack of manual saving, and frustrations solved by other games many times over. This is a game that's meant to be replayed, and should despite some drawbacks and flaws CI Games has yet to address. It's true that Sniper Ghost Warrior Contracts 2 is a better game than its predecessor in every way, still providing thrills through a deep and rewarding sniping system enhanced by some impressive gore and ranges only real snipers have experienced, until now.

Sniper Ghost Warrior Contracts took the series in a more focused direction back in 2019, and improvements were seen across the board from mission-based contracts to bigger maps with longer draw distances to an array of gadgets that were fun to use. Sniper Ghost Warrior Contracts 2 adds a lot of new, such as a new protagonist, vision modes, and long-range sniping that has been requested for some time. It’s unfortunate then, that despite a greater focus on the extreme distances, there’s diminishing returns on the core gameplay. This results in a game that feels like a retread of familiar ground despite the new locale. Sniper Ghost Warrior Contracts 2 is gorier and more satisfying in terms of successfully lining up that perfect shot, but remains a slight letdown as it hasn’t fixed or improved issues that have persisted over the years.

The first thing that’s noticeable is the cold, snowy tundra of Siberia has been swapped out for the warm, dry Middle East in the fictional deserts of Kuamar. This time playing as a sniper assassin known as Raven, you’re tasked with taking down a crime syndicate poised to make things go from bad to worse. There’s no mention where Seeker from Sniper Ghost Warrior Contracts is during all of this, though. In terms of setup and story, that’s pretty much all there is. There’s bad people doing terrible things, and you must take them all out, starting from the bottom. From here you select one of four difficulties: marksman, sharpshooter, veteran sniper, and deadeye. From left to right, the game will get progressively harder for you, and much like a driving game would, turns off assists until there’s no guidance at all.

You can liken the open-world structure to something like HITMAN 3, but it is a little more linear and it’s own thing than that. There are multiple zones, broken up into five distinct maps. From there, the maps are broken up into two contract types. There are two maps, like Mount Kuamar which is reminiscent of a map from the first game and another that also play like Sniper Ghost Warrior Contracts where they’re big maps to explore at your leisure. The other three are “extreme-range sniping assignments” that are much more linear, and focus on sniping targets from 1000 meters away. It’s a lofty goal, that’s aided by the chosen difficulty. How you tackle any of these maps is entirely up to you, and that freedom is what propels the game.

You can use your binoculars to scout far away targets, tag them, and survey the landscape for weaknesses. Your augmented reality mask returns, so now you can send out a pulse to highlight items that may be useful. But it has a limited effective range, but helpful in a bind. The AR mask also now includes thermal vision, which is incredibly helpful in isolating targets in the indoor, darker areas. As you come across enemies, provided that you’re stealthy, you can grab an enemy for an interrogation or silently kill them. Interrogations, given you have the time to pull it off without being seen allows you to get all of the enemies in the area added to your map and highlighted in your mask. However, some enemies will not give that information up easily. It may take multiple attempts to achieve before you get what you want.

Funny enough, stealth isn’t that important here. You can quite literally fight your way out of every encounter guns blazing, and no one will bat an eye. There’s no scoring once all contracts have been fulfilled, it’s just about getting the kill. There’s many challenges around how stealthy you are, but that’s just lost money. Every contract can be replayed, so you can save that for another run. In each mission, the map will outline the contract area, and no other information. From there it’s up to you to find, tag, and draw out the target. While I appreciate the “figure it out on your own” approach, a little more guidance couldn’t have hurt. As you explore maps, you’ll unlock fast travel points which really helps expedite some of these bigger maps. As each individual contract is completed, you can go to an extraction point to receive the rewards, and even leave the level if you so desire. Now, you’d want to do that if you needed to buy new gear, swap out weapons, or even go to another map entirely.

Sniper Ghost Warrior Contracts 2 is all about the art of the kill, the life of a sniper and their precision. Back when Sniper Elite: Berlin 1945 released, there were many gameplay videos made about trying to get the longest kill. Something I can see a similar competition formed around here. There’s a big focus about the longest sniper shot from the game’s exposition, and the game will constantly set you up with targets at least 1000 meters away. Regardless of what assists you use or don’t use, calibrating your rifle for the shot is a mathematical and physics-based affair that has to take distance, wind, and bullet drop into consideration. A silhouette next to the crosshair will guide you, changing in size as you adjust your zeroing so you can use it as a quick comparison to know if you’ve got it right is a plus. A major complaint from Sniper Ghost Warrior Contracts, and more so with Sniper Ghost Warrior 3 that preceded it, was that the draw distance wasn’t big enough to allow for long-range sniping. That’s all been solved here, and it truly feels like a sniper heaven here.

There’s dismemberment this time around, because sniper rifles do insane damage, and having that represented helps cement the authenticity. However, I can’t fathom why the save system continues to be both a nightmare and utter annoyance. The game still relies entirely on an autosave system, where sometimes is very generous, and most times is not. I really wish there was a way to quick save, or manual save. This is a game where you’d want to save right before a big shot, and if need be, roll back to the last save to fix your mistake. This means there’s consequences, but I shouldn’t have to be beholden to them if I don’t want to. Especially if so many other games in and around the stealth genre allow it. The AI often goes into full alert for the entire area if I kill one person, even if they didn’t radio for help. To say they are inconsistent is an understatement. There are anti-drone towers that feel like a cheap and artificial hinderance to using a tool you can legitimately use to tag enemies not in your visual range by binoculars or scope. The game has a concerning number of small doors that can’t be opened or gone through, and their improper scale is noticeable. The game only lets you through doors that are permanently open, which signals to some limitations in its design. 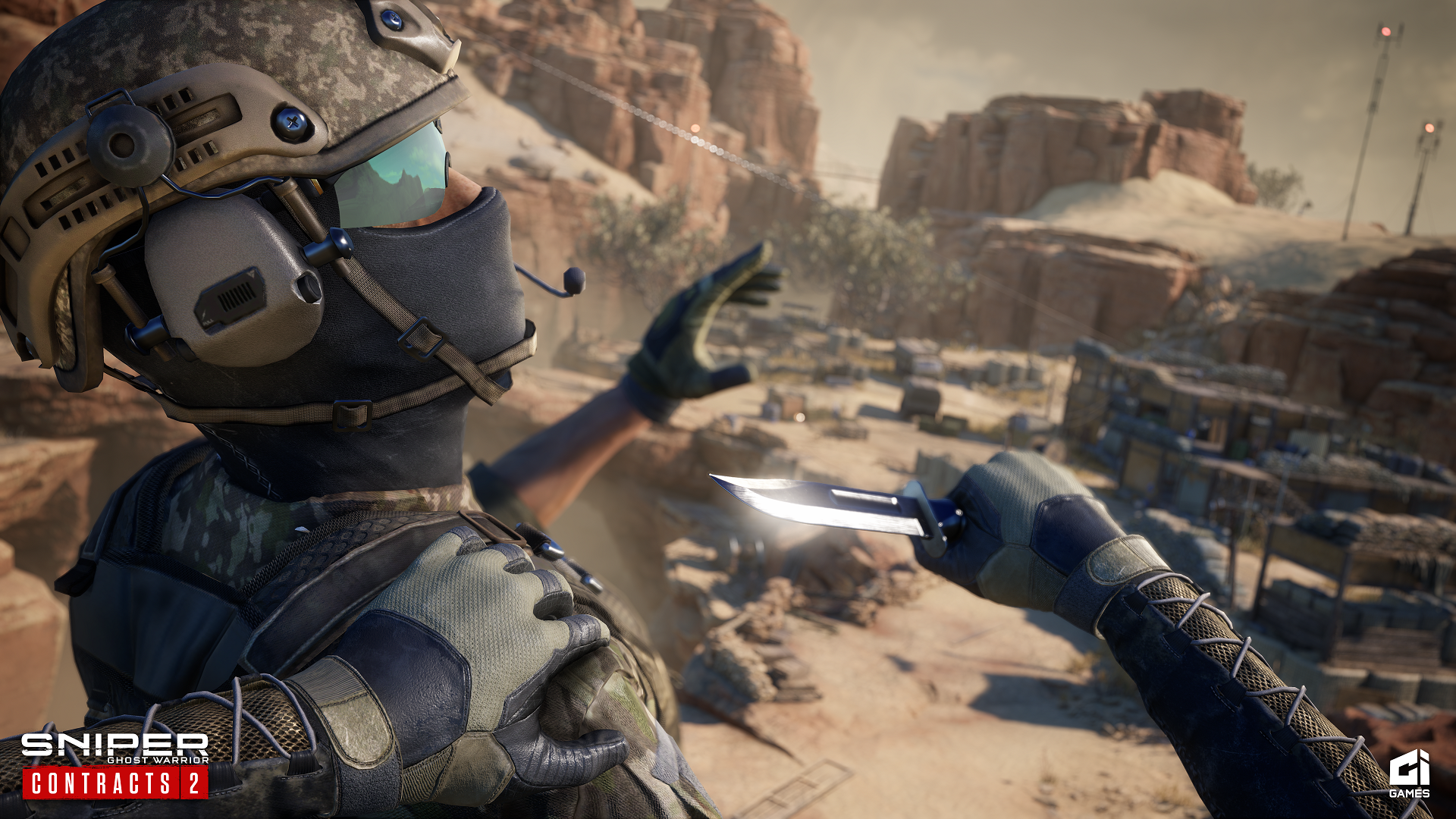 There’s an upgrade tree for developing the skills of Raven even further. They’re broken up into four categories: mask and recon, support and stealth, drone and turret, equipment and gadgets. From there, you can purchase things like performing chained stealth kills or having more armor. You can choose how to advance yourself so long as you have the tokens and cash to support it. It’s a simple system that offers more ways to engage with the AI as you progress.

Weapons can also be upgraded by customizing them. From cosmetics like skins to gameplay changing features such as suppressors for undetected kills. Snipers have the most versatility in their design, with ones designated as light, medium, and heavy which alters their range and damage. Special ammo types are available for you to do catastrophic damage like with explosive rounds, or lure targets away with their sonic sounds. In the end, there’s all sorts of ways to convert each weapon into its best form that suits your playstyle, whether you’re a sniper, ghost, or warrior. Sniper Ghost Warrior Contracts 2 is incredibly performant and virtually bug-free, again using the CryEngine for its visual splendor. There was only one instance where the game ever crashed on me. Upon completion of the tutorial, the game just crashed to desktop for no good reason. The game doesn’t seem to respond to ALT + TAB well, either. Aside from those two things, the game never had another problem. I was able, with maximum settings, get the game running at around 130fps at all times. Even with the greater draw distances, and bigger maps overall, the game looks and plays great. There’s something really unsettling by nailing a headshot, only to see the bullet travel in slow motion to the target and see their head burst open like a bloomin’ onion at Outback Steakhouse. 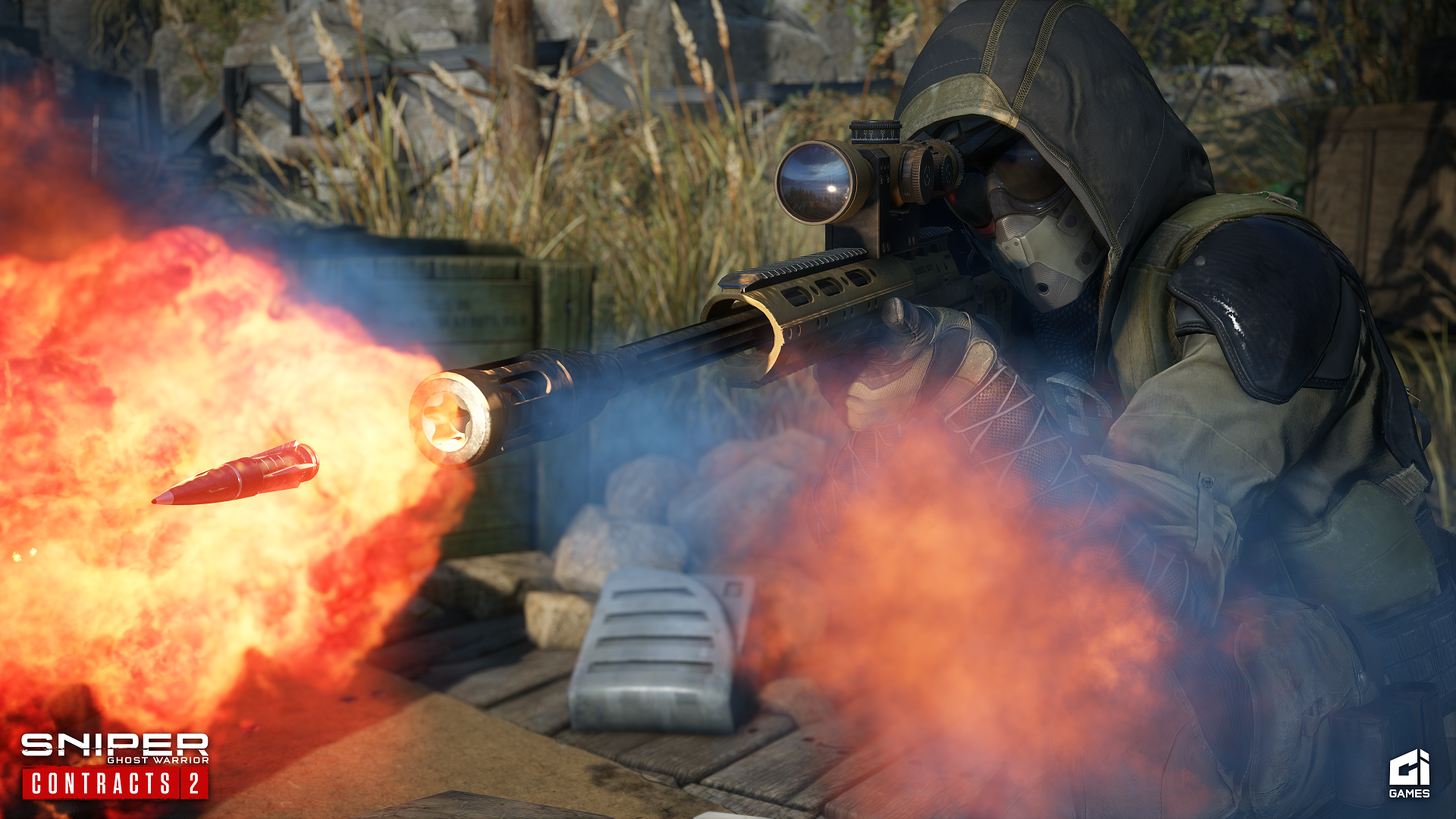 While I lauded the original Contracts for its promise and revitalization for the series, turned out to be short-lived. This is a good game, marred by outdated stealth design, a continued lack of manual saving, and frustrations solved by other games many times over. This is a game that’s meant to be replayed, and should despite some drawbacks and flaws CI Games has yet to address. It’s true that Sniper Ghost Warrior Contracts 2 is a better game than its predecessor in every way, still providing thrills through a deep and rewarding sniping system enhanced by some impressive gore and ranges only real snipers have experienced, until now.