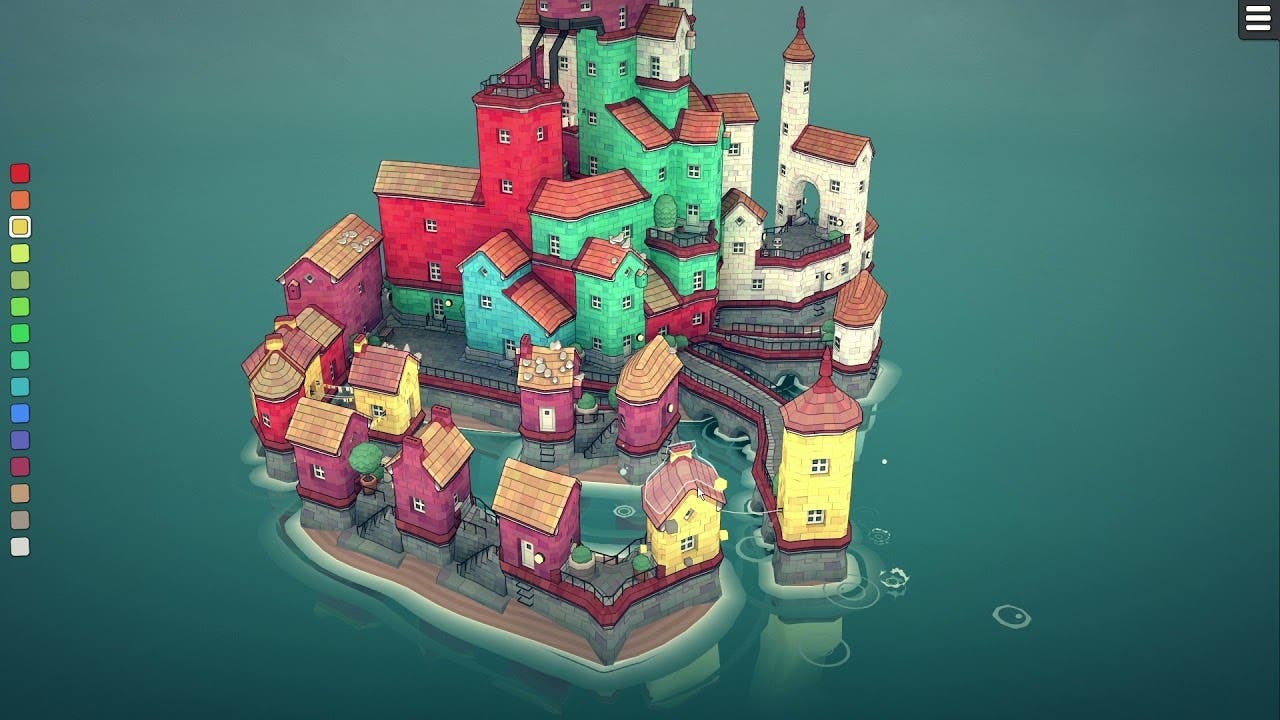 After an overwhelmingly positive response to its Early Access launch on Steam, Townscaper, the town building toy-like game, officially has a release window. It was announced at E3 during the GameSpot Play For All Showcase that Townscaper will be releasing in August of this year. The announcement comes in the form of a new trailer that shows off more of what Townscaper does best – letting you build picturesque towns with ease.

Townscaper on GameSpot’s Play For All Showcase

Townscaper is the resulting passion project of Oskar Stålberg whose previous works includes the Viking inspired, Bad North. To expand onto additional platforms, Oskar is once again teaming up with publisher Raw Fury, who will bring the game to Nintendo Switch and Mobile. The port to the Switch is especially exciting given Townscaper’s pick up and play design. Players can transport themselves into beautiful scenes or create towns inspired by their surroundings using the Switch’s touch screen capabilities.

With quaint, colorful blocks locking into place to the sound of soothing ‘pops’, Townscaper definitely feels more like a childhood toy than a game – it’s a callback to simplicity and pure creative expression. Access to all the building tools is given right away and Townscaper’s algorithm ensures that every block snaps together in a cohesive way to allow anyone to create the town of their dreams with houses, gardens, and bridges, regardless of architectural skill.