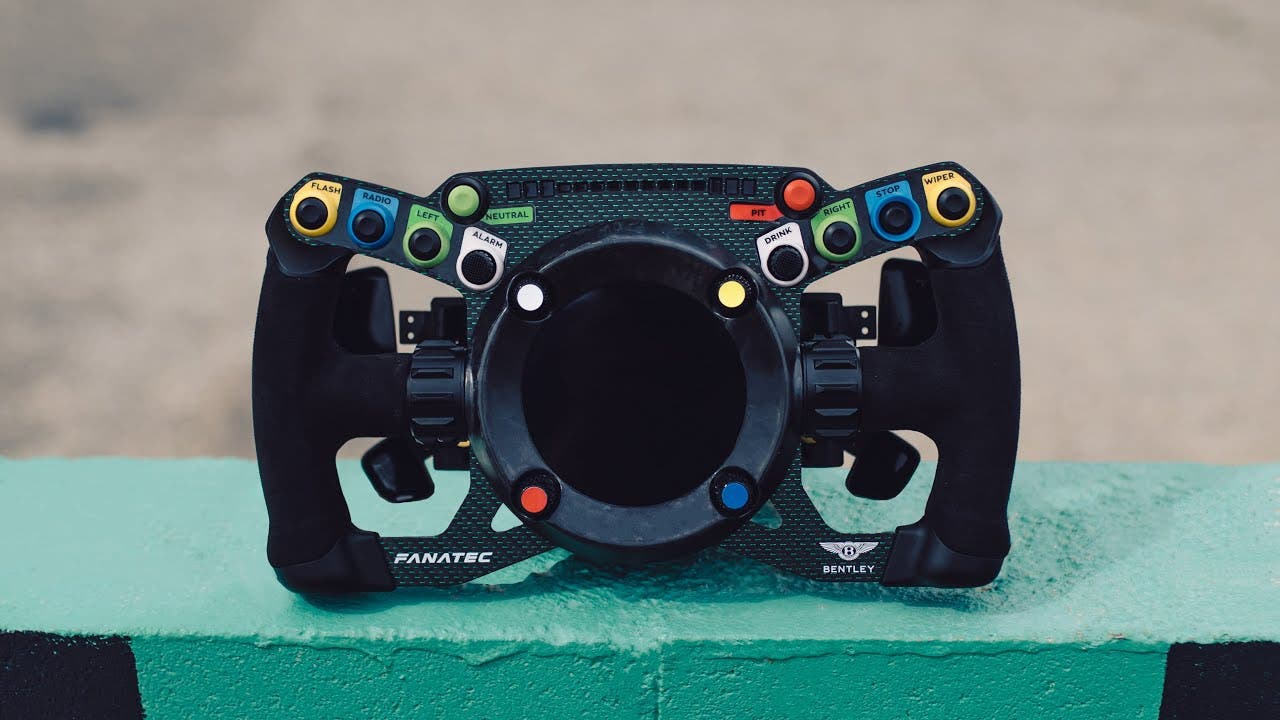 Stand out from the crowd.

You’ve never seen a wheel quite like this. The spectacular circular display dominates the front face, with a stunning forged carbon bezel and CNC-machined aluminium rotaries with signature Bentley knurling.

The Podium Steering Wheel Bentley GT3 was developed simultaneously for both the real Pikes Peak race car and for sim racing, in collaboration with Bentley and their Motorsport team. The quick release (QR2) meets FIA standards, allowing it to connect to the real car and compatible Fanatec wheel bases.

Telemetry and much more.

The large, circular display can show game telemetry and other special features using a bespoke interface. Adjusting force-feedback and other hardware settings in the Fanatec Tuning Menu also provides a unique experience with this wheel.

The included mount can be used to showcase the wheel on either your wall or desk. Powered by a USB connection, the wheel can be displayed as a clock inspired by the traditional timepiece found in

A unique configuration of the integrated Podium Advanced Paddle Module based on the shifter paddle design from the Continental GT offers four magnetic paddles: two for gear shifting, and two for additional functions. Dual analogue clutch paddles use contactless Hall sensors for precision and durability.

In addition to the main display, the eight primary buttons also attract the eye with a special backlit surround. Integrated RevLEDs and FlagLEDs are programmable to display many colours through FanaLab.

Due to the number of hairpin turns on the Pikes Peak International Hill Climb course, it is essential for the wheel shape to feature a lower rim section. This optional grip (included) can be attached to help when applying extra steering lock around tight corners.