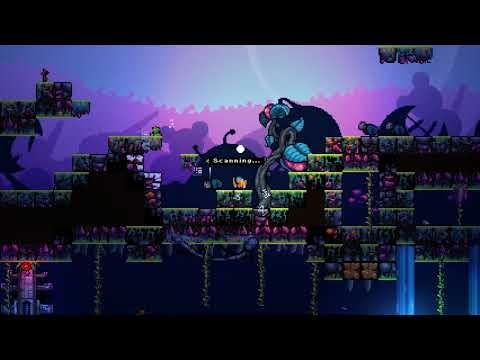 THE NETHERLANDS — June 19, 2021 — Revealed during GameSpot’s Play for All showcase, Residual, a new breed of survival platformer from OrangePixel and legendary publisher Apogee Entertainment, crash-lands on Steam for PC, PlayStation 5, PlayStation 4, Xbox Series X|S, Xbox One, and Nintendo Switch Q3 2021.

Standing alone against a uniquely generated alien world, you play as the survivor of a crashed spaceship with the goal of escaping if at all possible. Explore a strange world within a forgotten galaxy and uncover ancient lore and mysteries hidden for centuries miles beneath the surface.

Apogee Entertainment, the industry luminaries who brought you Duke Nukem, Prey, Wolfenstein 3D, and Max Payne, introduces an unpredictable survival adventure. The unique Nature Engine (not based on Unity or Unreal) generates thousands of possible planets with radically different temperatures, plant life, weather and terrain on every playthrough.

Harvest food and find warmth to make it through the night. Unearth precious metals to craft sci-fi survival tools like teleporters and force fields. Dangerous storms threaten from above and the traps of a mysterious, long-lost species guard the labyrinth of caves below.

Yet through it all, Residual strives for an accessible experience anyone can enjoy. Solve light puzzles and think up creative, freeform solutions for avoiding confrontation. Choose a male, female, or non-binary protagonist and set forth with the snarky, humorous robot companion—the Personal Disaster Bot (a.k.a. Peedy-B)—as a guide who happens to think it’s the star of this galactic story!

No matter where the adventure goes, what the planet has in store, and which of over 3,000 plant and animal species appear… At the deepest layers of the planet, the secrets of what brought this uncharted galaxy to its knees await to be discovered.

“When designing Residual, my goal was to offer players something brand new every time they sat down to play,” said Pascal Bestebroer of one-man studio OrangePixel. “Every world tells its own story, shaped by your personal journey through it. The experience will always be challenging, but never unfair, and a rich story awaits for those who choose to seek it.”

“Look, it wasn’t me who crashed,” butts in Peedy-B in a raspy, computerized voice. “But let’s get real here—as the brains of this operation, it’ll be up to me to get us both off this rock!”