Montpellier, France (June 22, 2021) – Solo developer BenStar, aka Benjamin Kiefer, with support from publisher Dear Villagers (ScourgeBringer, The Dungeon of Naheulbeuk) has released the second Steam Early Access update for his pixelated roguelite Revita. As revealed in a brand new trailer, the Cursed Choices update introduces a host of new features including a fourth area, a revamped ticket system, 25 new relics and a sinister NPC called “The Librarian.”

To celebrate this new update Revita will be available on Steam with a 15% discount from June 22 to the end of the Steam Summer Sale on July 8.

BenStar has also released a content roadmap that details the major updates that will be coming to Revita over the course of next year: http://bit.ly/cursedchoicesnews 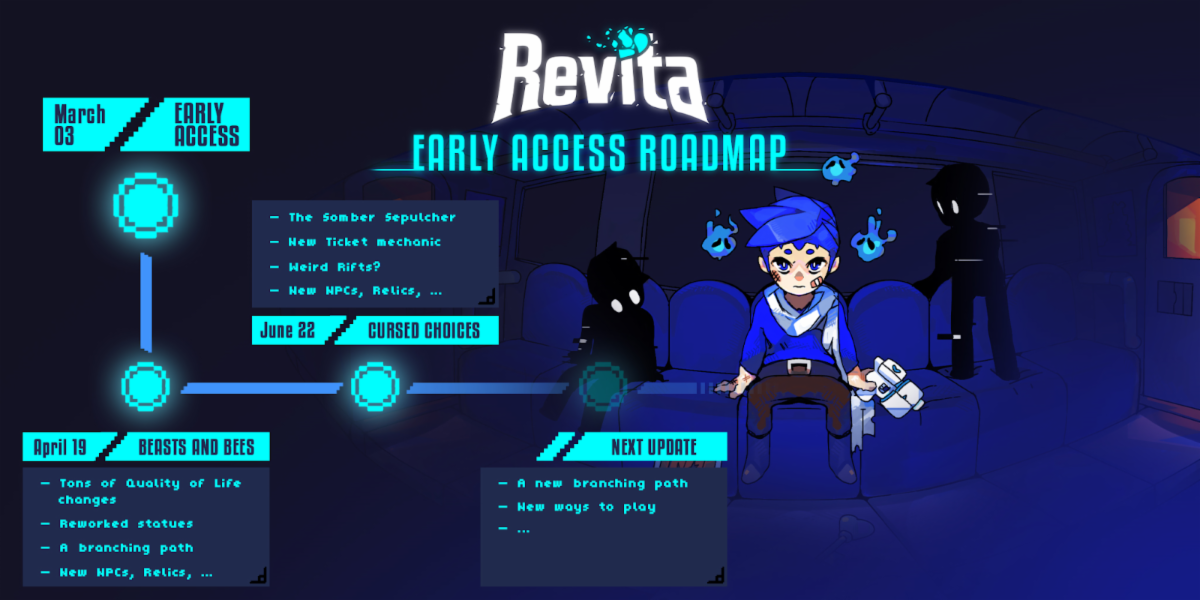 In Revita, players must climb an ominous clock tower through a series of procedural encounter rooms and take on challenging boss fights on their way to reclaiming their lost memory. Along the way, players will be able to trade health for randomized upgrades as the game dares them to live on a knife edge.

“If you liked the look of Revita but wanted a bit more content, now is the time to jump in,” says Benjamin Kiefer, the solo dev behind Revita. “I’ve squeezed a lot of new stuff into this update. It’s chunky as hell.”