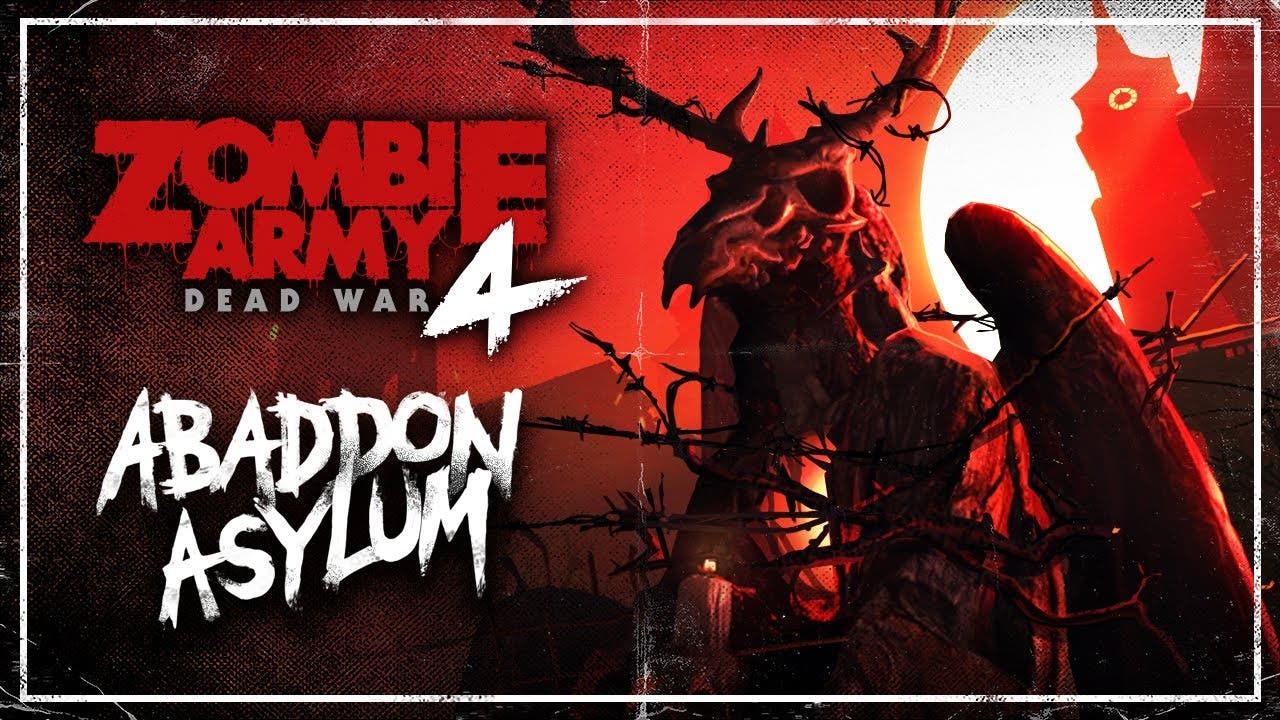 The Left 4 Dead crew help out in Zombie Army 4: Dead War with the Abaddon Asylum today

The Asylum (June 22, 2021) – Renowned zombie slayers Bill, Francis, Louis and Zoey from the Valve smash hit, Left 4 Dead, are tooled up and ready to take on a new horde as they join ZOMBIE ARMY 4: DEAD WAR as brand new playable characters in the latest free DLC in Season 3 – which is available now. In addition to the free characters, Season Pass owners can now visit the spine-chilling Abaddon Asylum in a new campaign mission which is also available as standalone DLC.

Abaddon Asylum is the second mission in the ‘Return to Hell’ campaign, following the events of Terminal Error where you uncovered information about the location of Baron Umbra, the mastermind behind the dastardly occult scheme. You will have to fight your way into the Asylum before tracking down Baron Umbra and taking him out once and for all.

Developed by Rebellion in collaboration with Flix Interactive and Radical Forge, Abaddon Asylum is available now as part of Season Pass 3 and also available to buy separately for $6.99. In addition, all players can also download the Left 4 Dead Character Pack for free now on all platforms.

The entire Season Pass 3 is available to buy now, priced $34.99 with far more content yet to come.