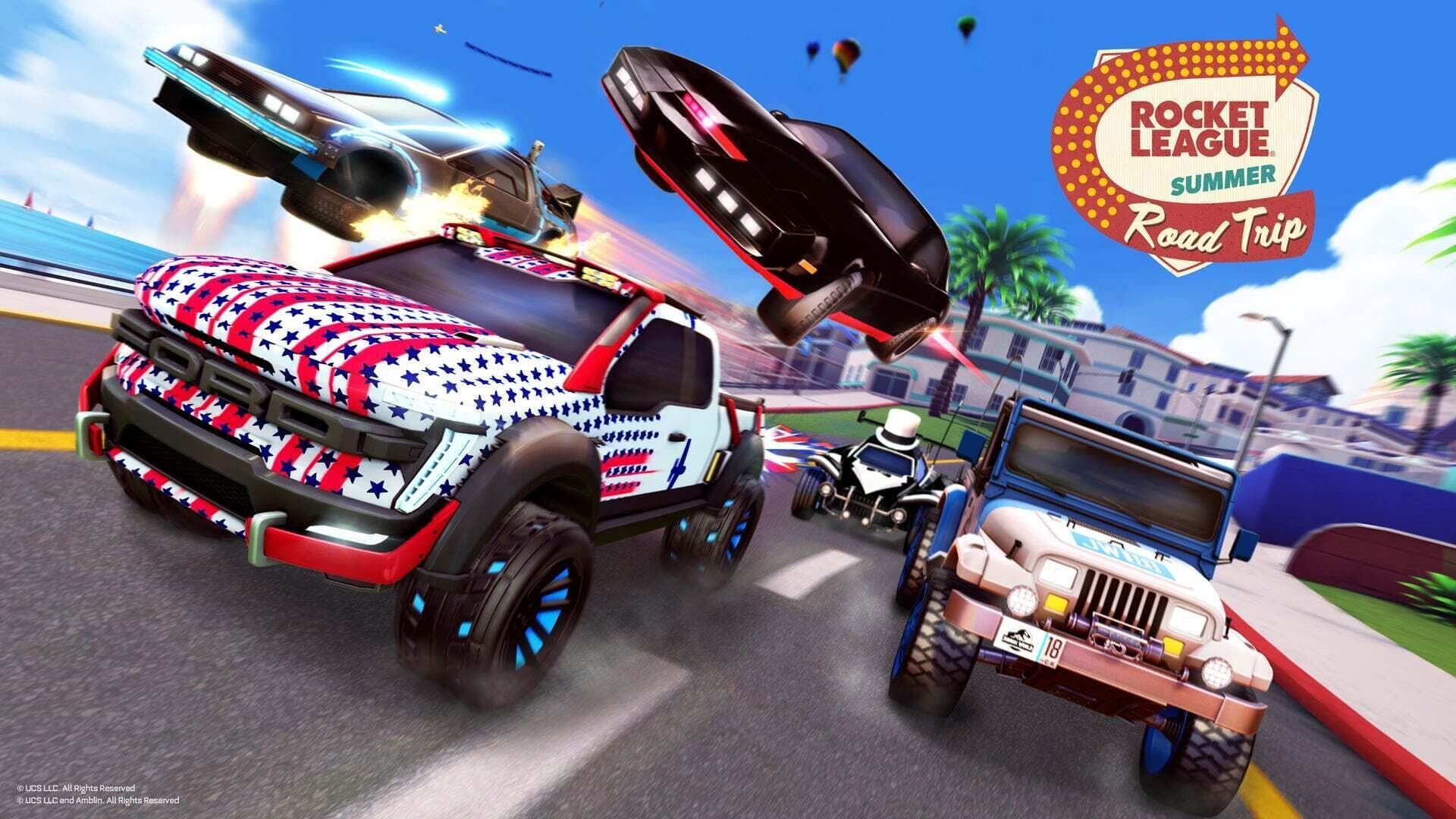 SAN DIEGO – June 23, 2021 – Psyonix, the San Diego video game developer, announced that the Summer Road Trip, an in-game summer celebration, will begin in Rocket League starting July 1, on all platforms! The Summer Road Trip will feature new and returning content, such as cars that will be available for the first time since the game transitioned to free to play, as well as numerous Limited Time Modes (LTM).

The cars coming back to Rocket League throughout the Summer Road Trip include the Ford F-150 RLE, the DeLorean time machine from Universal Pictures and Amblin Entertainment’s Back to the Future franchise, the Jeep Wrangler from Universal and Amblin’s Jurassic World franchise, as well as K.I.T.T. from NBC’s Knight Rider. In addition to the cars, there will be a Summer Formal Bundle to celebrate Rocket League’s Sixth Anniversary on July 7. The LTMs that will be available are Heatseeker, Beach Ball, Dropshot Rumble, and a new Rocket Labs called Loophole where players will need to score through holes in the floor, instead of standard goals.

The full Summer Road Trip Item Shop release and LTM schedule is below:

For more information about the Summer Road Trip, check out the latest blog post HERE.