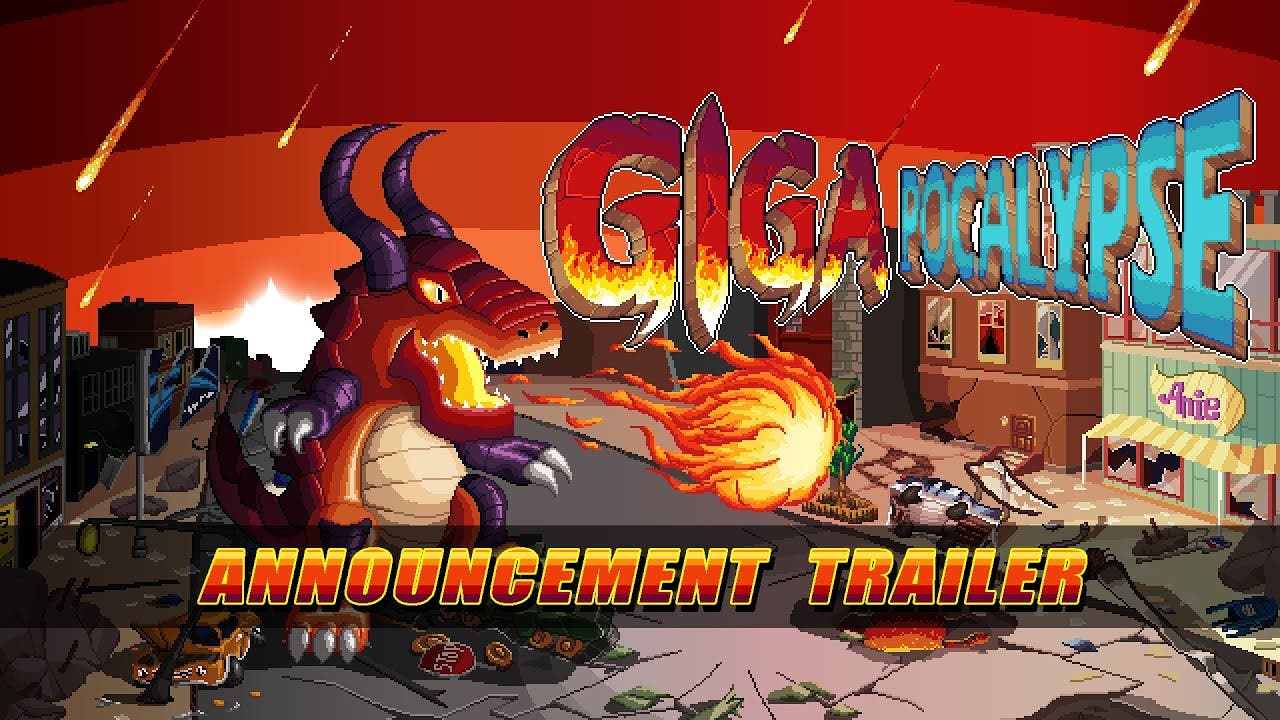 Cologne, June 24, 2021 – Headup today announced the PC Early Access release date for their 2D pixel art destruction game Gigapocalypse. On July 22nd, those with an insatiable appetite for destruction can gorge themselves on the biggest monster mashup of the year.

Amplified by pumping heavy metal songs, players will control giant Kaijū-inspired monsters – the so-called “Gigas” – and leave a pixelated trail of destruction. As the Giga evolves, players will unlock powerful mutations, skills, and skins, or even the ability to spawn up to five cute yet evil minions which accompany the Giga on their destructive journey. Unleashing their destructive power on unsuspecting cities, will ultimately bring them face to face with fearsome bosses at the end of each level.

Take care of the Gigas with Tamagotchi-style mini-games and decorate their “home” to unlock more upgrades and make them even more menacing. The full game will feature six beautifully detailed pixel-style locations based on earth’s past, present and future timeline, as well as nine distinct Gigas to bring on the monster apocalypse!

If this tickles your retro feelings, try Gigapocalypse’s Steam demo (available until Sunday 27th of June including Razer Chroma support) and wishlist on Steam to receive a reminder when the game becomes available.

Also, check out the game’s Twitter page and feel free to discuss with the developers on Discord.