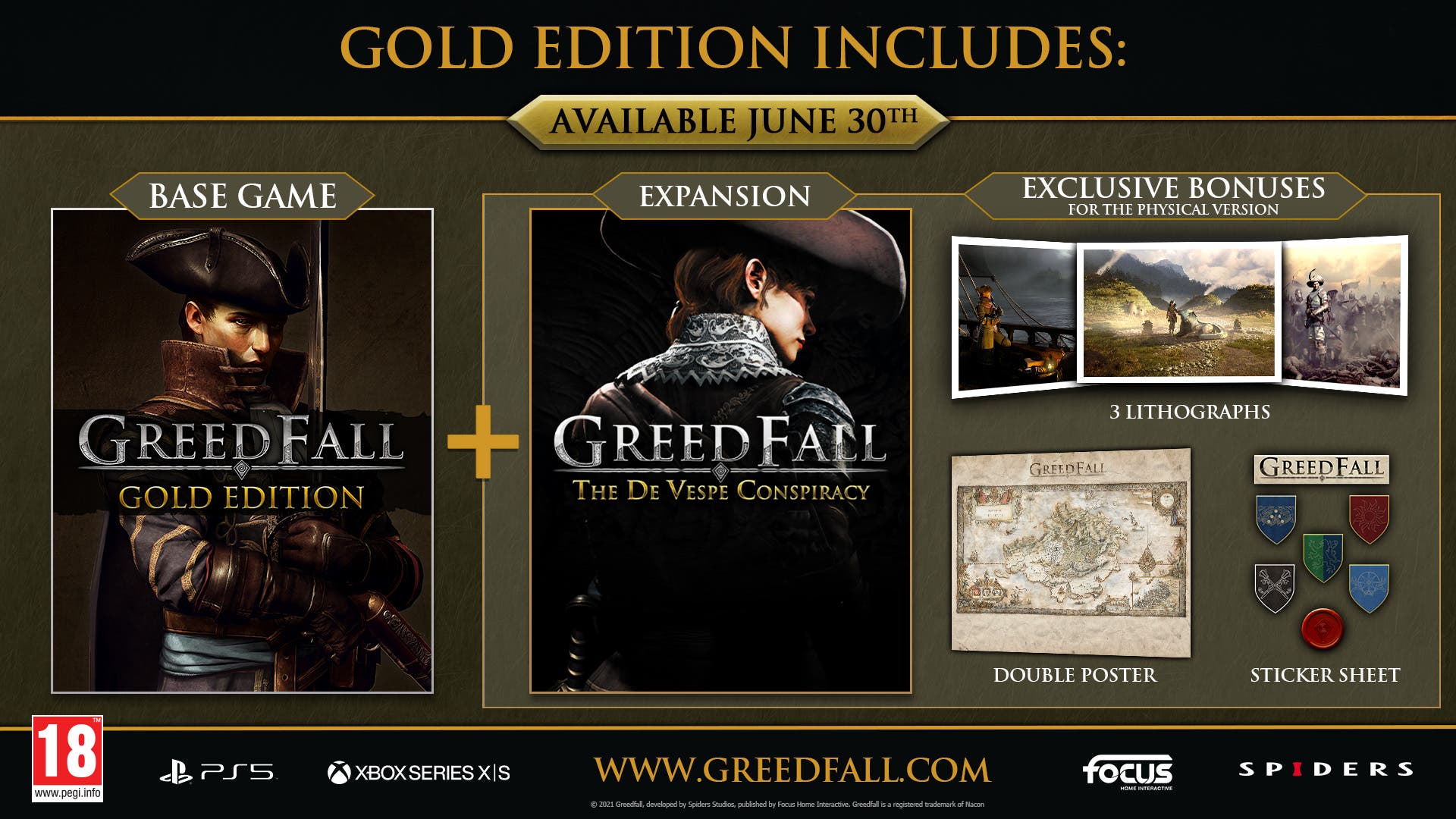 The “De Vespe Conspiracy” expands on GreedFall’s sprawling world and story, inviting you to discover a previously uncharted region of Teer Fradee with totally new intrigue. Navigate a web of lies, manipulation and secrets as you unravel a nefarious conspiracy that threatens the balance of power. Explore new territory on the island, battle strange new beasts, equip new gear, and face off against a villainous enemy faction in your hunt for the truth.

The “De Vespe Conspiracy” expansion will also be available for standalone purchase for players who own the base game. For more on GreedFall, visit http://greedfall.com/shop.