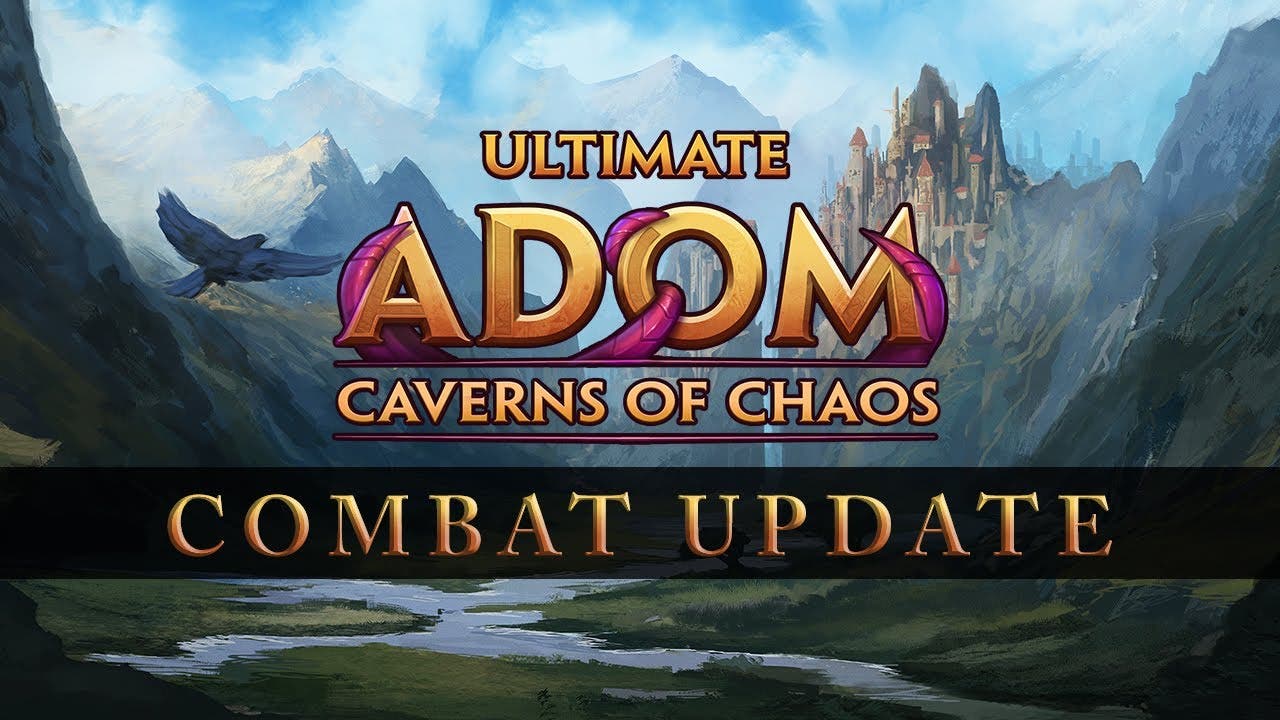 The new Combat Skills update offers players more freedom when it comes to weapons and armor compared to the previous model, which locked players in a specific combat type. Now, players have access to a greater variety of weapon and armor types, allowing for more experimental and creative combat styles and character specializations. Additionally, existing weapon skills have been rebalanced with over 20 levels of progression added. Also included in the patch are a plethora of bug fixes, improvements to melee combat, achievements, and trading cards.

If all of that still isn’t enough to get your grindstone spinning, you’ll be thrilled to learn that monster-slaying in Ultimate ADOM is now even more rewarding. Some powerful foes will now drop “treasure troves,” which offer three useful items to choose from. And, if you aren’t diggin’ the first drop, using in-game gold to re-roll the item choice grants another chance to get that item you’ve been after. Lastly, additional prefixes and suffixes are in play for all shield types and ranged weapons, resulting in tens of thousands of new variations of both.

A sequel 25 years in the making, Ultimate ADOM – Caverns of Chaos returns players to the world of Ancardia, currently enjoying a rather suspicious lull in cataclysmic events. Unfortunately, something is ‘a stirrin’ in the caverns below, and it’s up to you to head down into the darkness and see what sort of evil is brewing. Luckily for you, there is a nearly endless combination of spells, weapons, and abilities available to get you through the dungeons safely…perhaps not the first time, or the second time, but definitely at some point.

Bringing together the past and the present, the game contains all the hallmarks of the genre but with contemporary stylings and additions for current hardware, like a modern user interface and support for controllers. Players can also choose between a slick new graphic mode and the more classic “old school” ASCII look, on top of the ability to toggle between 3D and top-down view.

Developed by Team ADOM and published by Assemble Entertainment, Ultimate ADOM – Caverns of Chaos is fully launching on Steam on August 25, 2021. Play now via Early Access and add the game to your wishlist by visiting the Steam Store page. Learn more at the official Ultimate ADOM website.