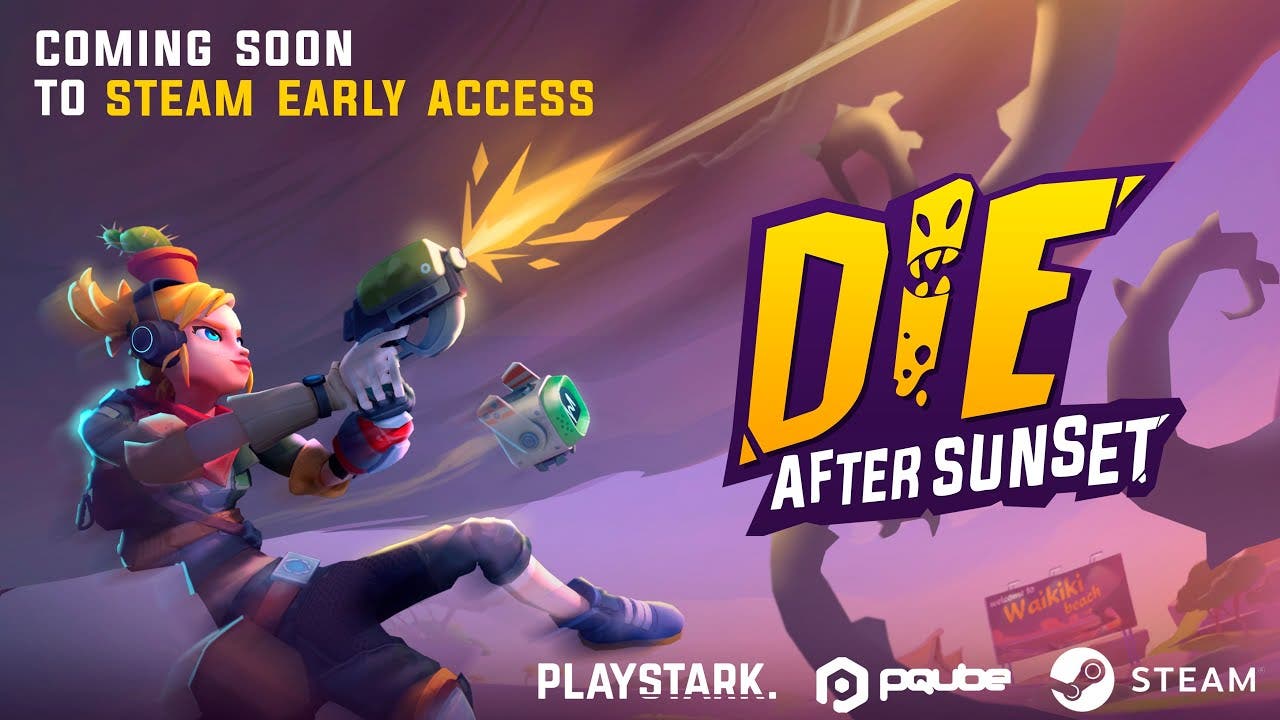 PQube (London, UK) – June 25th, 2021 – PQube and developer Playstark are excited to reveal their partnership in bringing third person rogue-lite ‘Die After Sunset’ to early access soon on Steam! The chaotic, fast paced shooter will be coming to PC and consoles in 2022.

Throughout its Early Access period, Die After Sunset is set to receive regular free updates with brand new levels, characters, game-modes and more!

Take on the role of April Blazestrong, a rookie trooper trapped in a time loop, as you battle a sudden and mysterious invading alien force. Conquer dozens of enemies and gigantic bosses as you battle to liberate the planet, fall at any point and the loop resets…

With dozens of items, gear, abilities and perks to synergize together on each run, you must prepare yourself to become as powerful as you can before the sun sets! Whilst adorable and clumsy in the light, Murkors transform into powerful beasts when in the shadows. As the sun sets in each level, choose how to combat the enemy and use light to your advantage to keep those pesky creatures under control!

Do you cross that chasm engulfed in shadow? Or can we get a bit more light in here?

Each run in Die After Sunset is completely unique – from the procedurally generated challenges you complete, the perks and abilities you are rewarded, to the chests available to loot.

Synergize the weapons, gear and abilities each time to make your runs count. In typical rogue-lite fashion, you can upgrade your characters, tech and weapons between runs! Unlock a variety of new items, abilities, playable characters and more to better prepare yourself for the next showdown.

Farm mucus during your missions to spend in the Overworld hub where you can control your meta-progression!