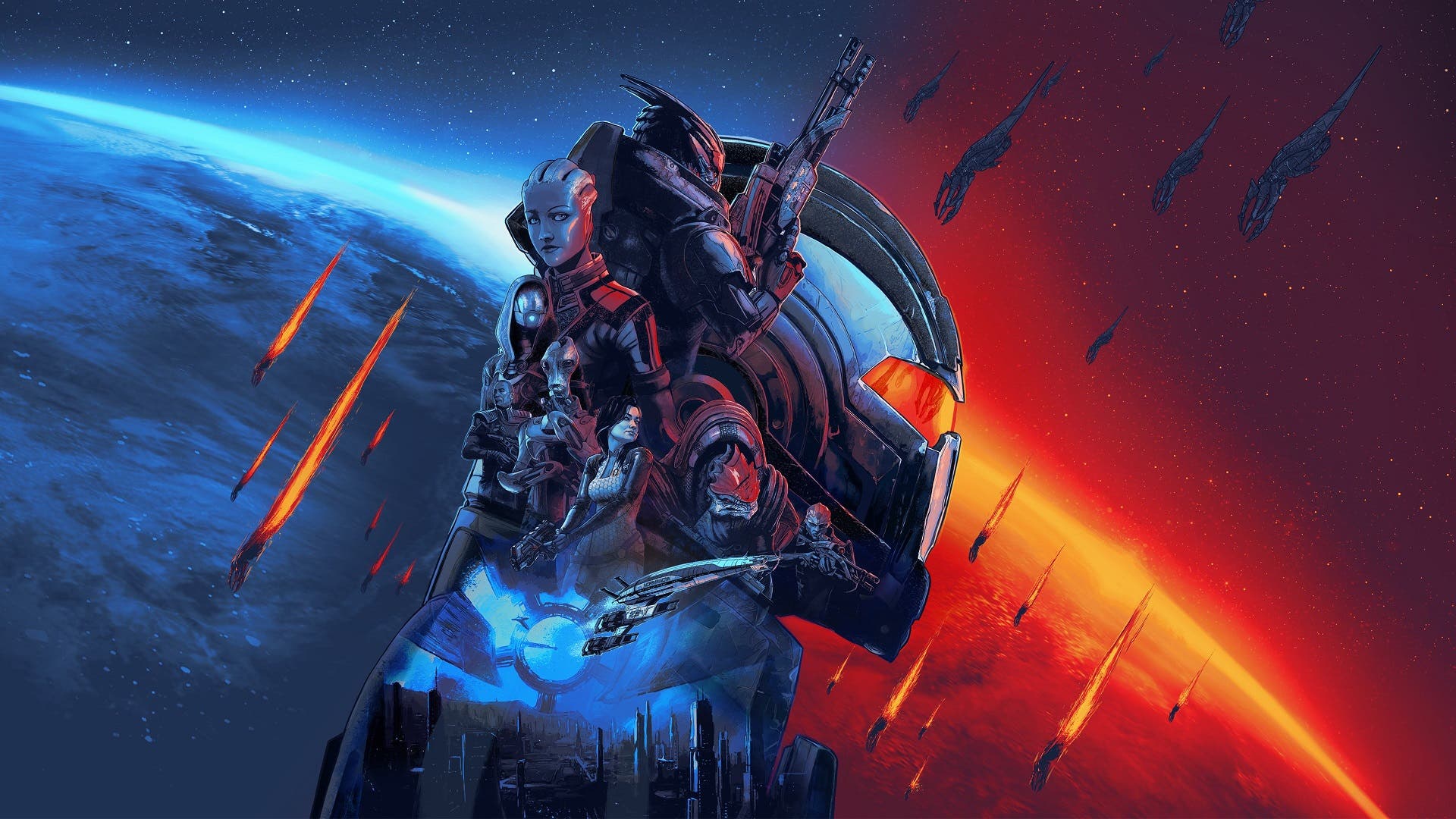 Bioware has had many successful franchises over the years, but none have connected with me more, or it seems the general gaming public, as much as Mass Effect. Mass Effect has seemingly become part of pop culture. As with other high-profile Sci-fi properties, I’ve run into my share of N7 apparel out in the wild and Mass Effect flair plastered over people’s, well, anything. You haven’t made it until they make a license plate bracket out of your property. Why yes, Mrs. green Ford Focus in the parking lot, my other ride is also the Normandy. Even after the few downs, the series has fallen into, it still holds on to a passionate fanbase. With the release of the Legendary Edition, we can all relive our Shepard’s tale, with a sharper coat of paint. 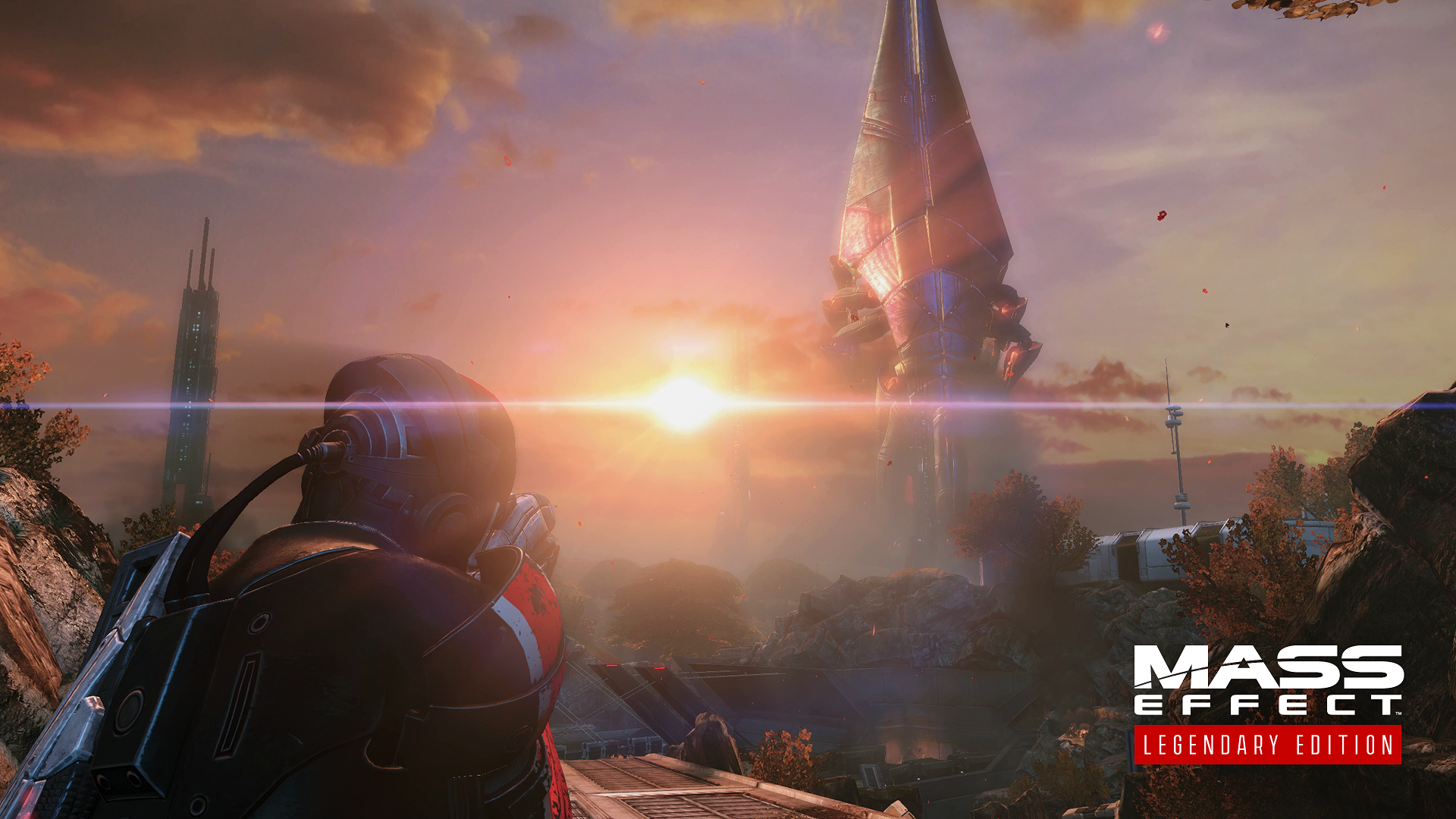 If this is your first romp with the Commander, get ready for some intense lore, world-building, and gripping combat. If you’re coming back for a revisit, you’re going to enjoy the updates for sure. But to briefly sum up the series, you follow the story of Commander Shepard, who lives in the far future, one where humanity is but one of many different races populating the milky way galaxy. After choosing your backstory in character creation, you find yourself being sent on a routine mission that turns bad real fast. Shepard encounters an ancient relic, gets gripped by its power, and begins a series of events to investigate and stop a group of ancient AI, threatening to wipe out all life in the galaxy.

Just like Star Wars and Star-Trek before it, Mass Effect’s whole appeal is its incredible space opera story, one you get to manipulate yourself. Your hero and his or her allies band together, fight impossible odds, and attempt to hold back an impossible force. Through all three games, you’ll have interesting moral decisions to make, ethical dilemmas to endure, and outcomes that will haunt your character through the massive three-game story. By making decisions that are seen as more heroic or anti-heroic, you get to craft ME your way. But we’re not here to go over ME1-3 again, there are many reviews out there and a few at your favorite gaming site right here. Today, we are looking at how well the Legendary Edition remasters these iconic games. Of the three games in the trilogy, the original Mass Effect has seen the most changes. Just about every element of the game has been updated to fall in line with more modern titles. Improved visuals and the revised combat being the most noticeable. Combat has been tweaked to be closer to that of Mass Effect 2 without changing many of the core mechanics that make ME1, ME1. You can now hide behind cover easier and even command your squadmates with the d-pad, as seen in future installments. If you are a FemShep player, Bioware has added the ME3 default Female Shepard model into ME1. Granted I made my own, but it was good to see them go back to fix that little bit of continuity.

The one added feature I appreciated was the option to condense the skill points so that you can get closer to maxing out your character in a single playthrough. If you’d like to use the old way you can toggle this feature off. But if you’re looking to breeze by the first game but still enjoy what it has to offer, I’d recommend keeping this on. All classes can also use any weapon in the game, you’re not restricted to just certain sets. That doesn’t mean your class is even across the board when it comes to weaponry, You will still get a bonus for using their specialized weapon. You’ll also find that sniper rifles have been tweaked to not sway so hard, making the sniper a lot more enjoyable to fire.

Mass Effect’s infamous Mako vehicle gets some much-needed improvements in the Legendary Edition as well. The vehicle doesn’t feel quite as floaty as the original and as a result, is quite easier to control. That isn’t to say it’s good, but it is better. I still had issues where having the camera rotated in just the wrong position would cause my inputs to be reversed and create frustration. I had forgotten there was no boost in the original release and here it felt so natural like it was meant to be there all along. I’m all for anything to make the traversal of the ME terrain better because even with the improvements to the Mako, it is still a chore to drive to the different points when there are near unclimbable mountains in the way.

One of the best things about having all three games in the same collection, once you finish your time in the game, you can just back out to the menu and load up your Shepard on the next game and when you compare the first ME, Mass Effect 2 hasn’t seen many significant changes. There is a slight upgrade to the game’s visuals and the core gameplay gets some under the hood tweaks. Mass Effect 2’s DLC does get included in the main story more naturally, and you’ll encounter the missions in a flow that is more fitting to the narrative. One of the original biggest changes between ME1 and 2 was combat, specifically ammo. In ME1 your guns worked off overheating, there was no ammo to speak of. In ME2, you have ammo you’ll need to replenish throughout the levels. Luckily the Legendary Edition does balance out the availability of ammo drops, leading to finding more ammo in battle not as annoying. Also, playing ME1 and 2 back to back really hits home how much was improved between the two. ME2’s story hits on all points, loyalty missions really drive home your connections with the crew, and probing planets is far better than having to attempt climbing mountains, only to give up and try to find a way around them.

Being that Mass Effect 3 is the final release of the trilogy. Even after 9 years, there aren’t many changes you’ll notice. I’m sure there are some graphics, sound, and characters that were touched up a bit, but it’s not anything that is as noticeable as ME1. Probably the biggest change felt is the way they implement Galactic Readiness. In the original release, ME3 included a very well-done multiplayer mode, and by playing that mode, you could increase your single-player story’s Galactic Readiness number. This number is a part of how the game decides which ending you will fall into. With the multiplayer excluded from the Legendary Edition, Bioware rebalanced the calculations to be simpler, focusing on only your in-game actions to increase readiness.

Other than the noted changes, Mass Effect is exactly how I remember it, great story beats, incredible voice acting, fun and engaging combat scenarios, and characters that you just want to hang out with. The Mass Effect: Legendary Edition is absolutely fantastic and overall an absurd amount of content for one bundle to contain. All three games have aged well, save for a few cringy lines of dialogue and player decisions. For new players, this is the way to experience ME. For old ME Vets, it’s an incredible look back. If there were one thing I would have liked to have seen included in this collection, it would have been some history extras. Behind the scenes, a documentary, VO outtakes, etc… Something, anything, Bioware would have had leftover to give us fans a little treat to celebrate the Mass Effect legacy. The Legendary Edition is worth every penny they ask for and you can’t go wrong with this purchase. To think, I went through this whole review without a “this is my favorite -BLANK- on the citadel” joke. Oh well, this review’s over. I should go.