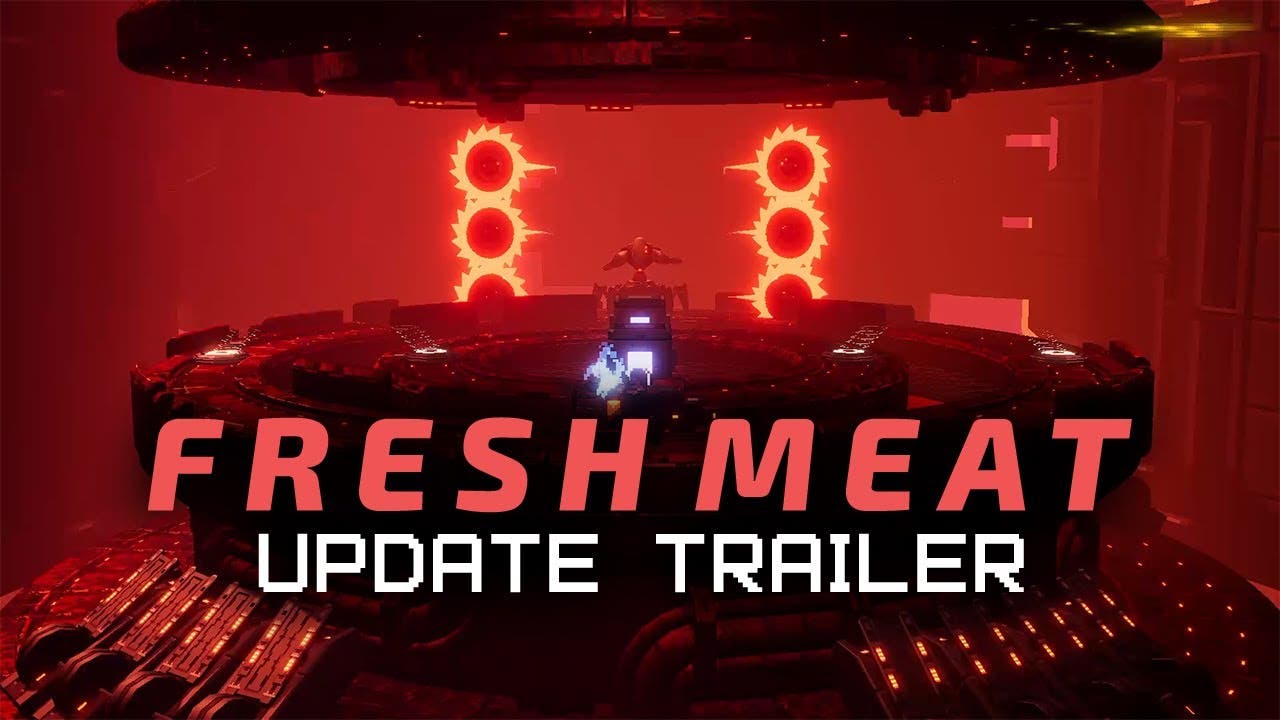 Wiesbaden, Germany – 25th June, 2021. Get those rubber boots handy, as publisher Assemble Entertainment and developer SmokeStab are inviting you to get ankle-deep in blood and viscera in the latest update to their 360° roguelike shooter, Orbital Bullet. This update, titled “Fresh Meat,” brings a whole new biome to explore, enemies to kill, and an assortment of weapons and abilities to kill them with! That is, of course, if they don’t use their arsenal-bladed bloodletting gear to eliminate you first. There are also some new blood-spattered GIFs to whet your appetite ahead of your trip to the planet-wide abattoir used by those jerks at Dread Corp. to create their parasite-infected mutant super-soldiers!

On the crimson-drenched planet Karth, the heinous Dread Corp. has built a manufacturing plant that would make even Jason Voorhees feel squeamish. Fresh Meat is the ultimate fusion of slaughterhouse and mad science laboratory, where unfortunate souls undergo brutal surgery, unwanted amputations, and are forcibly mutated with controlling parasites. Rotational roguelike warriors will be pleased to hear there are also five new weapons to dispatch those aforementioned abominations, like the self-explanatory Flamethrower and the rapid-fire, long-distance death-dealing Spiral Gun. If that’s not enough to encourage your visit to the (really) red planet, The Fresh Meat update also brings new abilities to Orbital Bullet, such as the thematically appropriate “Corpse Collector” perk that lets you use readily available bodies as ammunition!

Key Features of the Fresh Meat Update Include:

Throughout Early Access, developer SmokeStab Studio invites players, fans, and all members of the community to join the official Discord to share feedback, gameplay recommendations, content suggestions for new weapons, challenges, bosses, planets, enemies, and more during the pre-launch phase.