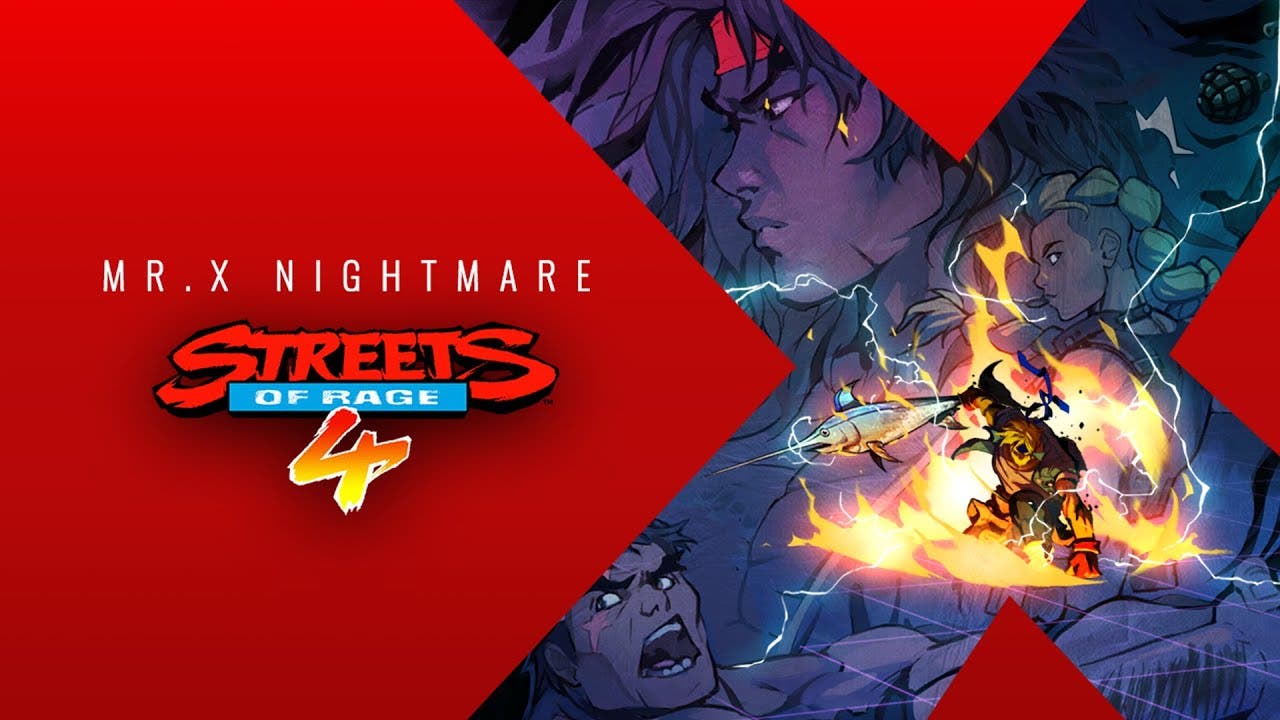 Mr. X Nightmare DLC for Streets of Rage 4 gets a release date and new Survival Mode

PARIS (July 1, 2021) – Publisher and co-developer Dotemu with co-developers Lizardcube and Guard Crush Games today announce that Mr. X Nightmare, the upcoming DLC for the smash hit Streets of Rage 4, is launching July 15 for $7.99 on PlayStation 4, Nintendo Switch, Xbox One, and PC via Steam, GOG, and the Windows Store.

The announcement brings first details for Mr. X Nightmare’s Survival mode, an inventive, immensely replayable challenge for Streets of Rage 4’s most versatile brawlers. Fighters beat down endless waves of foes and earn perks for as long as they can stay alive across two session variations: Random, which keeps each fight unpredictable through generated runs; and Weekly, a series of static gauntlets generated each week. See how Survival’s variety in battles builds upon Streets of Rage 4’s phenomenal combat in Mr. X Nightmare’s release date trailer: https://youtu.be/DPpJrZGeOUg

Each completed level offers two randomized perks to choose from, granting stackable bonuses to power up combatants in unique and devastating ways until they’re defeated. Braving Survival’s onslaughts also permanently unlocks new moves for use across any of Streets of Rage 4’s modes, allowing players to personalize movelists for their favorite characters. Progress unlocks devastating new weapons within both Survival mode and an incoming training mode, as well as gallery content. The mode’s leaderboards keep track of the community’s well-fought runs too; who will be Wood Oak City’s finest fighter?

A new physical version of Streets of Rage 4 with all Mr. X Nightmare content included on the cartridge is also available for pre-order starting today courtesy of Merge Games. This edition launches on Sept. 28.

Streets of Rage 4 is a revival of the classic beat em’ up series released in 2020. After not seeing a release for 25 years, Streets of Rage 4 brought the series into the modern era, receiving critical praise for its faithful evolution of the series’ signature action and surpassing more than 2.5 million copies downloaded. The title features new and returning characters, stylish hand-drawn artwork, fresh combat abilities and mechanics, retro pixel character unlocks, and a soundtrack crafted in homage to the sound and style that made the original games so popular.