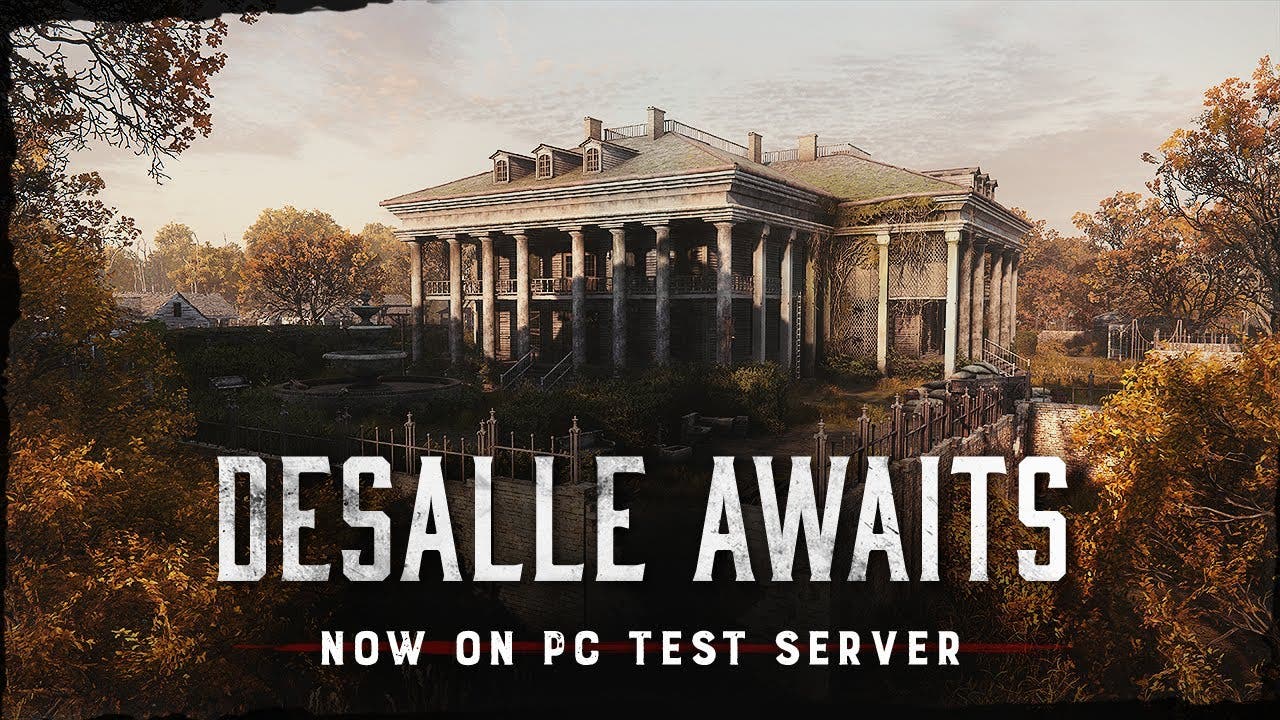 Head to DeSalle today, the new map for Hunt: Showdown only on the PC Test Servers

FRANKFURT, Germany – July 9, 2021 – Crytek is delighted to announce that Hunt: Showdown players can set their sights on a range of new experiences and challenges as a new map called “DeSalle” comes to the game’s PC test servers today. DeSalle will launch on live servers for PC, PlayStation®4 and Xbox One later this summer. The new map will be the first to launch for Hunt: Showdown in three years and expands the roster of the game’s maps to three, joining Still Water Bayou and Lawson Delta as settings for the game’s high risk, high reward competitive match-based gameplay.

A foreboding new autumnal theme sets the tone for DeSalle, where players will hunt clues, monsters, each other, and new “Miner Grunt” enemies equipped with blinding helmet lights. DeSalle features 16 distinct new areas as it combines the decayed urban sprawl of two wild west towns alongside expansive mountainous, industrial, and farm regions. New urban settings in the map include a prison, church, bank, and saloon. Players will also hunt and fight through a shipyard, watermill, fort, quarry, coal mine, and new farmyard areas.

“We are delighted to launch DeSalle, a map which will bring a really new feel to the bayou,” said Fatih Özbayram, Senior Producer for Hunt: Showdown. “DeSalle is designed to bring more verticality to the game with climbable areas where players can take the high ground. The new map presents a wide range of new gameplay possibilities and more approaches for players to take towards their target, whether roaming town streets, stalking through a shipyard, or exploring the depths of a quarry.”

Hunt: Showdown is out now for PC, PlayStation®4 and Xbox One. Find out more about the game by visiting www.huntshowdown.com.