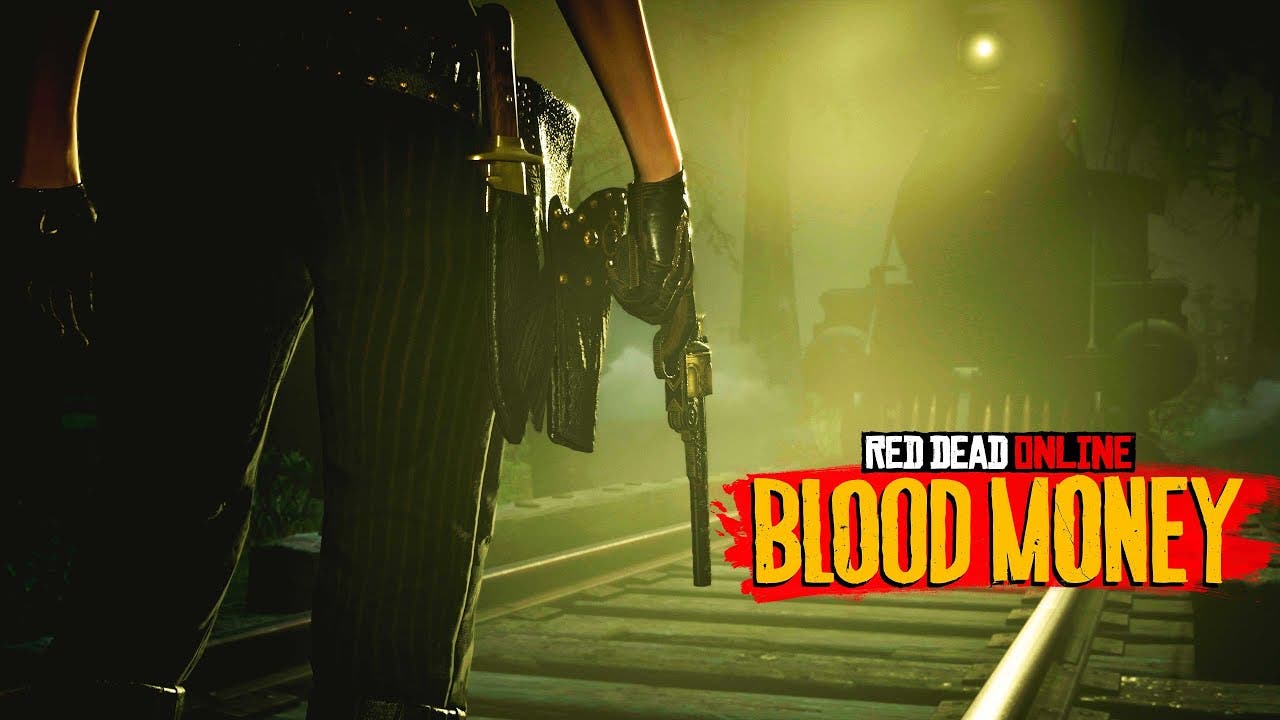 Blood Money delivers a raft of new criminal possibilities available to everyone across the entire world of Red Dead Online, with each step leading to the potential of greater rewards.

Head to the manicured streets on the west side of Saint Denis and acquaint yourself with Guido Martelli, right hand man to the notorious mob boss Angelo Bronte, to begin your journey taking on Crimes and Opportunities as they arise. Martelli is eager to recover a unique commodity known as Capitale – a system of exchange designed for the Bronte family’s more sensitive business dealings — which has found its way into the hands of the various cutthroats and villainous scum littered across the frontier. The value of Capitale for Martelli and the Bronte family, depends upon its scarcity.

Introduce yourself to the members of Martelli’s ring to uncover any potential crimes for the taking — if you’re yet to cross paths with these morally bankrupt associates, you may be asked to prove your worth before they trust you with recovering Capitale. Visit these particularly questionable characters:

Today’s update adds three multi-part Crime Contracts — The Railroad Contract, The Jeb Phelps Contract, and The Bluewater Contract — each with their own story to unravel. For those looking to lie, cheat, and steal their way to riches, you can also take on other dirty deeds. And as you traverse the plains, keep your eyes peeled for Homestead and Camp Robberies.

During these exploits, you’ll amass Capitale for Martelli. Trade these private bonds to henchmen in Martelli’s network who will in return for your efforts dispatch you on the first of three, larger scale Opportunities. Martelli is eager to stifle a rising Lemoyne senator whose political ambitions have hampered the Bronte family’s far-reaching operations. Damage the senator by stealing three Jewels of the West, the first of which is in pursuit of the Covington Emerald, an ill-gotten heirloom coveted by black hats far and wide, being transported by rail on a heavily guarded train.

Stay tuned to the Rockstar Newswire for information on more Crime Contracts, as well as two additional Opportunities to come in the weeks ahead.

The Quick Draw Club is a new series of rapid-fire passes in consecutive installments over the months ahead. Built specifically for the needs and wants of bandits, the Quick Draw Club grants members special rewards, bonuses, and items to accommodate living on the fringe of the law.

Each pass consists of 25 Ranks and costs 25 Gold Bars – meaning you’ll recoup your investment at the end of each pass by completing all 25 Ranks. And with each consecutive pass you purchase, you’ll earn extra perks while purchasing all four will land you a Reward to claim the upcoming Halloween Pass 2 for free.

You can also look forward to new Daily Challenges and Awards rolling out. And those looking to compete against their peers can participate in the Nominated Series — a playlist consisting of modes chosen by players within the session.

After speaking with Guido Martelli, visit the Fence to pick up the Hired Gun Kit: a care package fit for any outlaw that includes the new Fierro Bandana, bundles of ammo and consumables to keep you ready for battle, and Capitale to put towards Martelli’s criminal Opportunities across the five states.

Speaking of Opportunities, bandits who maneuver onto and off a guarded train, evade the law, and make away with the Covington Emerald will receive a Reward for a free Single Bandolier. Completing this Opportunity on the Ruthless difficulty this week or beyond will also unlock the Pacific Union cap for purchase from Madam Nazar.

In celebration, local saloons are offering free drinks all week long. Consider that an invitation and a word of warning in case the barroom turns into a brawl. Visiting the Benefits Hub will yield a Reward for a free select Accessory of your choice.

This week, Stables are offering 30% off all Stalls and 40% off all American Paint Horses. Ammo Crafting Pamphlets, including both those for sale from the Fence and the Sedative Varmint Cartridge Pamphlet available for purchase from Harriet Davenport, are 30% off as well. Hone your lethal skillset and take 40% off all Ability Cards.

To mark the release of Blood Money, the discounts listed below are all active through July 26:

PlayStation players can play Red Dead Online without a PlayStation Plus subscription from July 13 until July 26.

Red Dead Online players who connect their Rockstar Games Social Club account to Prime Gaming before August 2 will receive a Reward for a free Saddle (up to RDO$200), 2 free Treasure Maps, and an Offer for 40% off the Fast Travel Post.