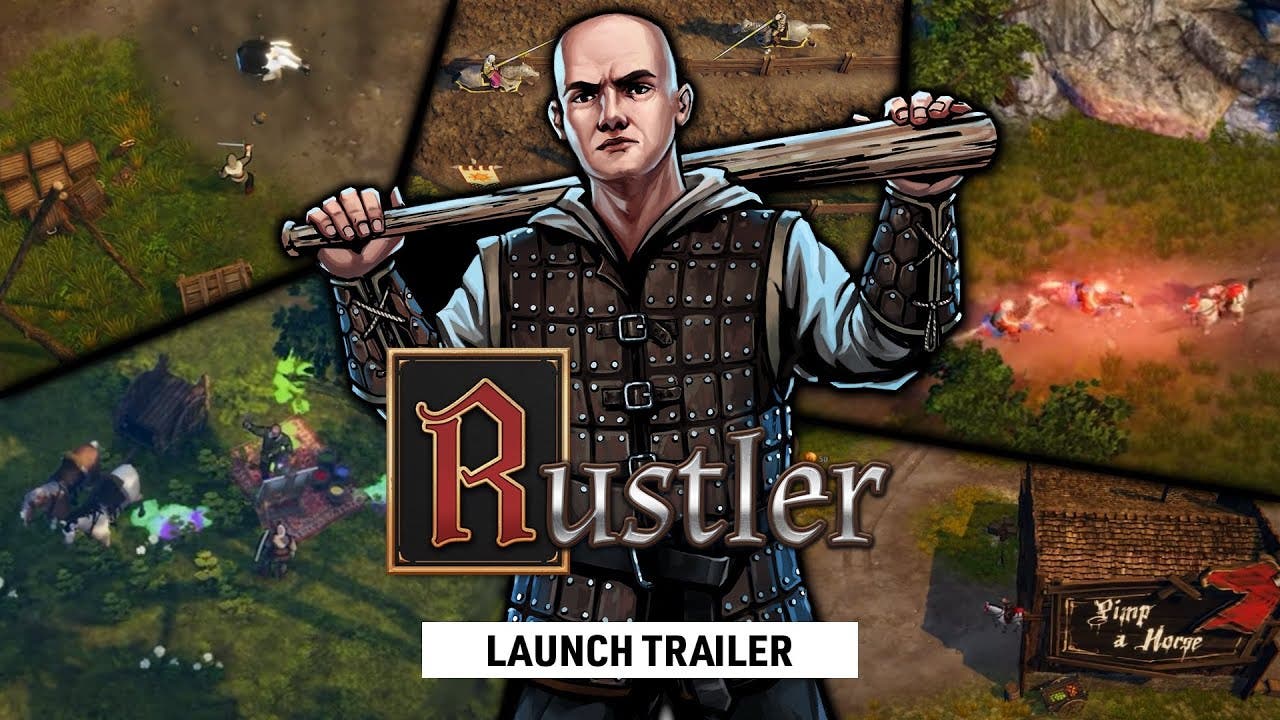 Walnut Creek, Calif. (August 31, 2021) – Modus Games today announced Rustler is available across PC, Xbox One, Xbox Series X|S, PS4, PS5 and Nintendo Switch. With the news, they also unleashed cows being launched out of catapults, innocent villagers having their hay bales lit on fire and much, much more mayhem. Purchase the game on your preferred platform now: rustlergame.com.

Today’s launch was accompanied by a trailer that showcases the absolute problem that player character Guy becomes as he attempts to win The Grand Tournament and its illustrious prize, destroying everything in his path as he does so for no real reason.

Also announced today was the news that until September 14, Xbox and PlayStation players will be able to pick up a free digital Starter Pack DLC bundle which includes:

In Rustler, you’ll play as anti-hero Guy, a brigand determined to win The Grand Tournament while causing a ruckus along the way. Saddle up and prepare to complete quests, race horses, vandalize property, shoot cows into the sky, and more in Rustler.