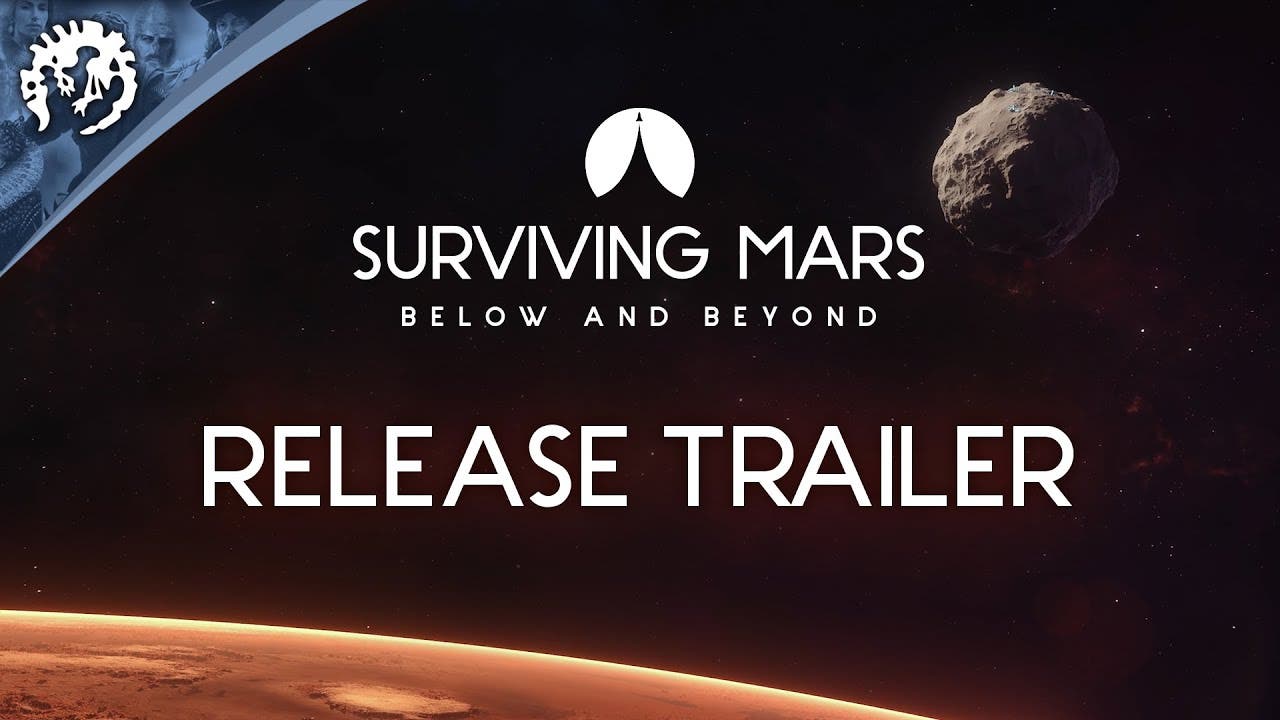 With the Below & Beyond expansion, Surviving Mars players can expand their colony’s horizons into underground caves and lava tubes, and beyond the surface to fleeting asteroids. The redefined Recon & Expansion tech tree gives players the tools to build, discover and evolve their colony. Construct underground buildings and bases to provide the colony with additional levels of protection against natural disasters. Leverage technological discoveries to mine passing asteroids for exotic resources – just make sure to get back before it leaves orbit!

“We have one of the most supportive and creative communities in gaming. We know that, with these expanded features, our players will blow our minds with their ingenuity,” says Magnus Lysell, Product Manager for Surviving Mars at Paradox Interactive. “We give our players the tools they need to overcome challenges and create their story. With Below & Beyond, we’ve given players a lot to work with and I’m sure they will come up with some incredible colonies.”

“We’re beyond excited to welcome players back to the world of Surviving Mars with Below & Beyond,” says Dominique Morel, COO at Abstraction. “It’s been amazing exploring and expanding Surviving Mars’s horizons so that players can push them even further.”

Surviving Mars is available on PC, Xbox One, and PlayStation 4. For more information about Surviving Mars, visit the Paradox Store page, or check it out on Twitter and Facebook.