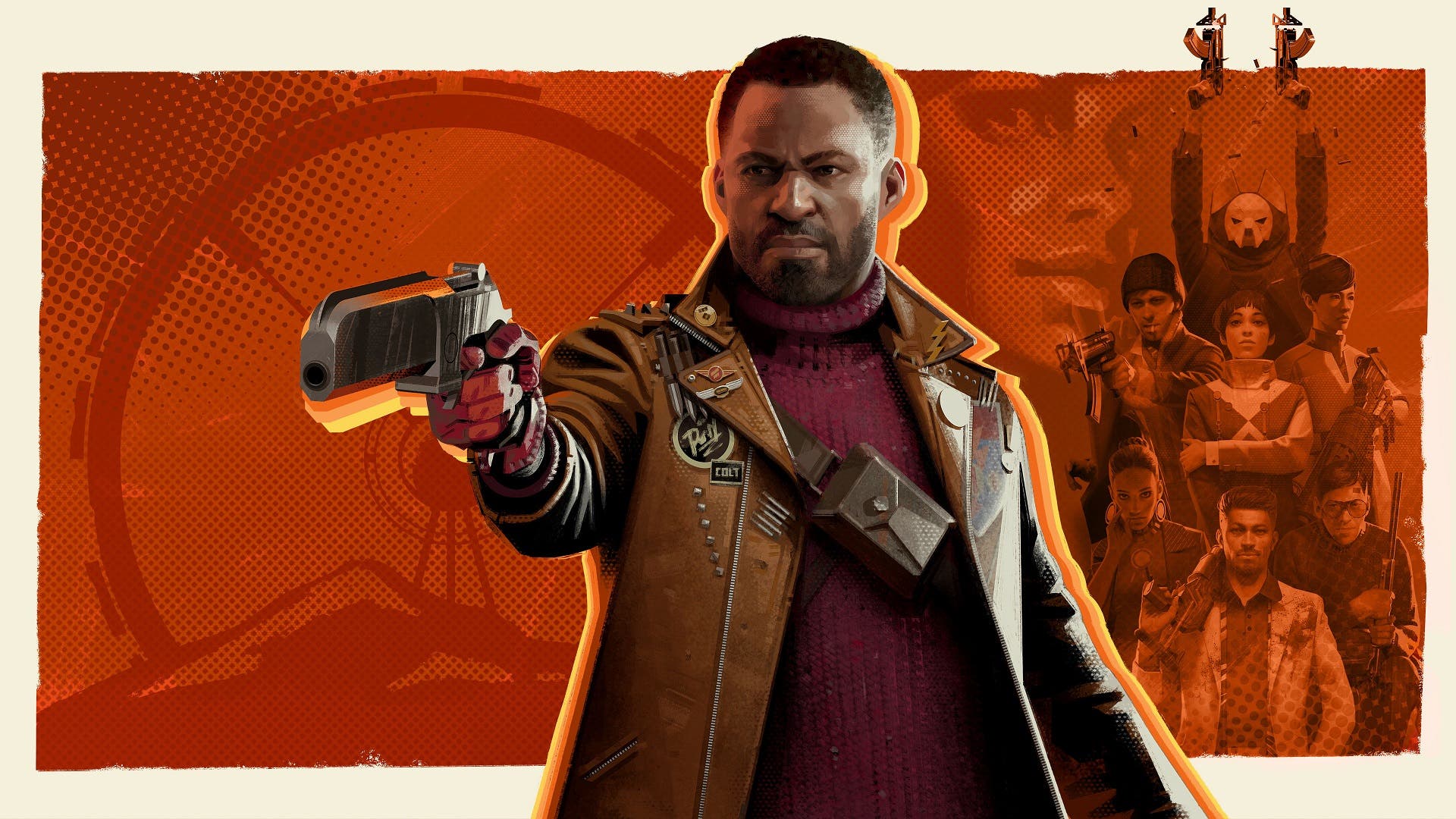 Arkane Studios has an innate ability to make believable worlds with an engrossing story, backed by excellent gameplay. That trend continues in DEATHLOOP, where the goal is simple: break the cycle. What’s not simple is actually breaking the loop, as you’ll have to become powerful and ready to reach its conclusion. The environmental richness of Dishonored meets the combat versatility of Prey, for an exceptional immersive sim. Throughout your fifteen hours or so, is a journey of memorization, growth, and controlled repetition. DEATHLOOP is a shining example of the time loop perfected. 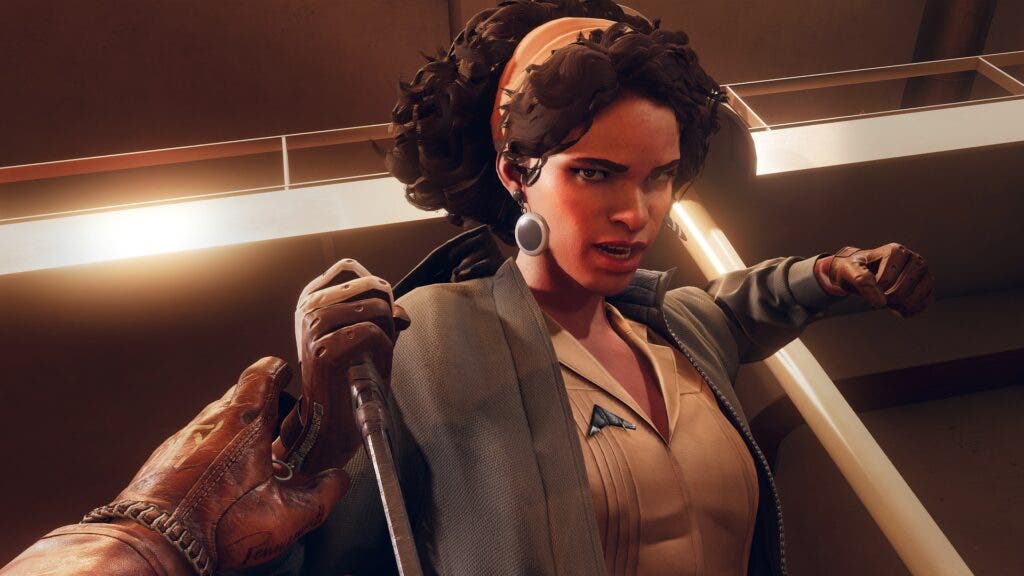 The first option available is to ‘Break the Loop’. After a brutally gory introductory sequence, you’ll be placed in the boots of Colt Vahn, a man without a fleeting memory. Waking up on the beaches of Blackreef with no recollection of what’s happened, but somehow you’re public enemy number one. And worse off, everyone wants you dead. The Eternalists as they’re known to be, are living the same day for eternity and will do anything to protect the loop. Few are able to remember what happens, but Colt is one. The Anomaly is the source of the time loop that exists to be broken. This is the core of the single-player experience.

Additionally, choose to ‘Protect the Loop’ in this online player-versus-player mode to play as Julianna. Available after the lengthy tutorial, you are charged with invading other players’ games, friends or strangers alike, and killing Colt however you can. The odds are stacked against you, as Julianna only has one life to Colt’s three. A surprisingly deep progression system awaits for those who play as Julianna. The multiplayer is a place where you can invest some serious time into unlocking everything. Inversely, playing as Colt can see you being invaded by the AI (if in single-player mode), or by a real person. The PVP element of this game is reminiscent of some others, and it adds another layer of tension to the gameplay. 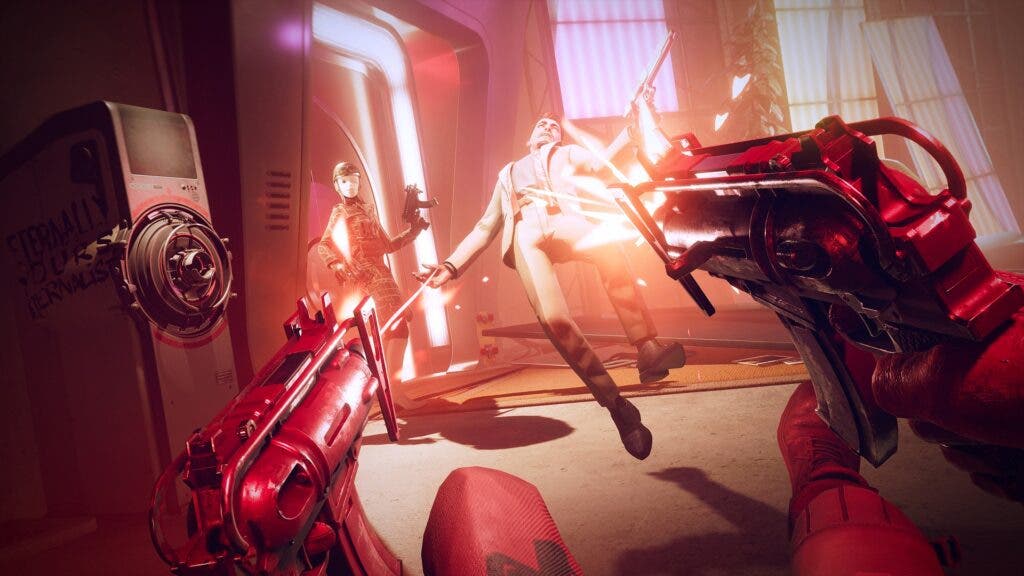 The game will always direct you towards the next thing to do. You’ll never be lost without a task or objective to complete. Broken up into two categories: Visionary and Arsenal Leads, which can be thought of as the main and side quests, respectively. There are four different times of day: morning, noon, afternoon, and evening. You can only visit one location for each time of day, as time advances to the next period after one location is visited, and you successfully exit. To break the loop, you have to kill all eight Visionaries in a single day or loop, lest you have to do it all over again. This is a murder puzzle, begging to be solved. It’s all about information gathering, and learning how to best them, or counter their abilities. Because if you don’t get the drop on them with a stealth kill, they’ll use their powers against you. There’s something actually satisfying killing a “boss” figure with a single headshot. You’re fragile, they’re fragile, and it feels great this way. Over the course of the game you’ll have to corral the visionaries towards certain locations at specific times of day. In most cases, you’ll have to stack them in a place and time in order to even attempt to accomplish this lofty goal. It’s actually a lot like Prey – Mooncrash in that regard, having to do everything at once in a single run. DEATHLOOP protects itself from being rushed. You can’t fast track your way to the ending, you have to complete the leads in order to get things lined up properly. In time, you’ll acquire the skill and tools to do that, with finesse.

By hearing radio broadcasts, overhearing conversations, picking up notes, and listening to audio diaries, the game’s clues will come into focus. Clues obtained will be added to your journal. The game’s good about pointing you in the right direction, but you’ll have to scour your environment to get everything from it. I thought this would be a game where I have to take notes outside of the game, but everything is kept neat and tidy for you. Death will happen frequently, know that you’re given two reprises, or respawns to try again before you’re dead and the loop resets. Essentially a three strikes rule. All is lost with a restart of a loop, such as weapons and gear you haven’t infused, but not the information you’ve read and heard. 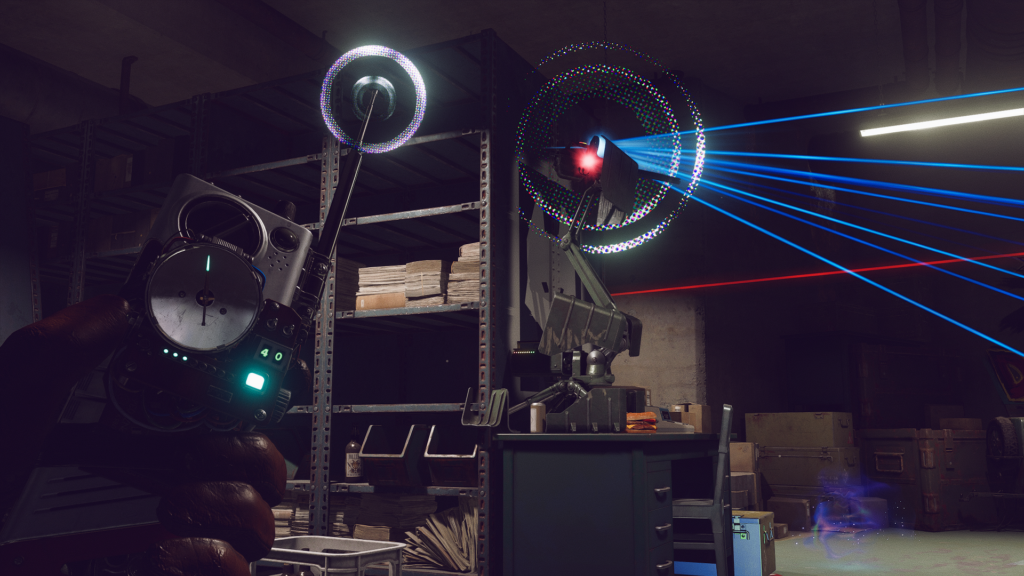 This is a first-person shooter, and it’s a game that rewards headshots. The initial set of weapons you obtain will jam, and you’ll have to unjam them to use. You’ll notice that these have a grey rarity. Weapons will be collected with turquoise, purple, and gold rarity. These imbue slots to place trinkets, and the highest tiers will have gameplay perks attached to them. If melee is more your style, you do get a machete for slash attacks and stealth kills. There’s a good variety of weapons across pistols, SMGs, shotguns, and rifles. All weapons have their purpose, so finding what works for you is paramount to your enjoyment. The names for just about everything is so weird and quirky, like the hackamajig. As you’d imagine, it lets you hack things, and from afar. Then you have the Strelak Sapper Charge, which is a fancy string of three words for a grenade with three forms: grenade, proximity charge, and trip mines. Ammo is not a concern here, especially when you reach the late game, it’s easy to get more from fallen enemies. There’s always a place to get more ammo, or you always have enough. As a nod to Arkane’s own Dark Messiah of Might & Magic, you have a powerful kick to knockback or completely punt enemies off of cliffs with.

It’s not long before you encounter a Slab. The first one is a passive ability, the aforementioned Reprise – it’s always equipped, and you can’t do anything with it once you get it. The first real slab you get is Shift, similar to Dishonored’s Blink, you can zip, zap, and zoom your way around the map, reaching new heights and going further than merely sprinting. It’s immensely helpful. Other slabs will have you throwing your enemies, linking minds so that what happens to one happens to the rest, and an invisibility cloak. These abilities are limited, but infinitely recharge. Trinkets picked up will often be duplicates or higher tier than what you currently have equipped. You can reduce them all down to the game’s currency and mystery resource: Residuum. You’ll acquire residuum from fallen visionaries and random objects in the world, to be used in-between the times of day, or having completed a district. Instead of skill points or skill trees, you’ll collect trinkets and weapons. Trinkets amplify skills or add new ones. They can buff weapons, or Colt entirely. Newly found trinkets can be infused so that they are retained with each cycle of the loop. Infusion is the form of permanence in DEATHLOOP, and is the primary way to become more powerful with each day. 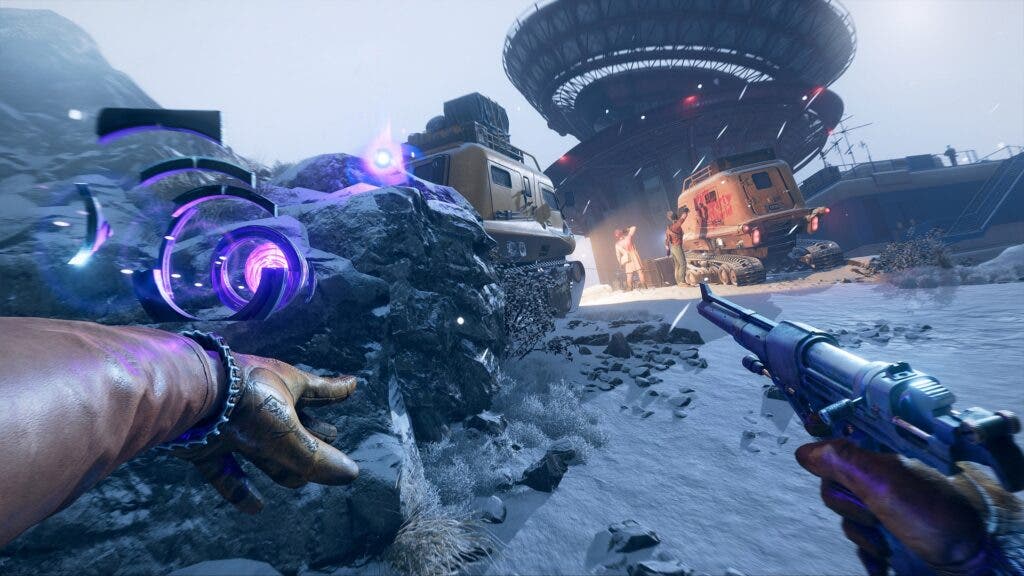 Stealth isn’t a requirement, though it’s an extremely viable option. Just as pure, unhinged violence is. Though if you want to take your time, you can. Crouching is near-silent (with some perks that make it completely silent), and only line of sight can ruin your stealth. There’s a button to focus in on enemies, tag them, and learn more about what they’re carrying and how alert they are. For every kill, enemies vanish on death – well that’s nice! Dead enemies leave a little trace of themselves behind, adept enemies will detect. The regular enemies are essentially faceless obstacles, they can be completely avoided in whatever your true goal is. There’s a little detail in the sound that indicate each state of stealth, whether you choose to use it or not. There’s these cues, all done in guitar notes. They will signal whether someone’s curious, they’ve spotted you, or are being pursued. It’s a wonderful marriage of sound design and gameplay nuance that bears mentioning.

If you take damage from combat, you don’t carry anything to heal yourself. Health stations and items are strewn around a level that can be grabbed from the map. Combat-focused players will have to play smart, and keep moving to avoid an untimely death. Colt can die a variety of ways: poison gas, falling, turrets, bullets, and water. For some reason swimming isn’t allowed – though the water is absolutely frigid. Shallow water hurts Colt, and deep water is an instant death. 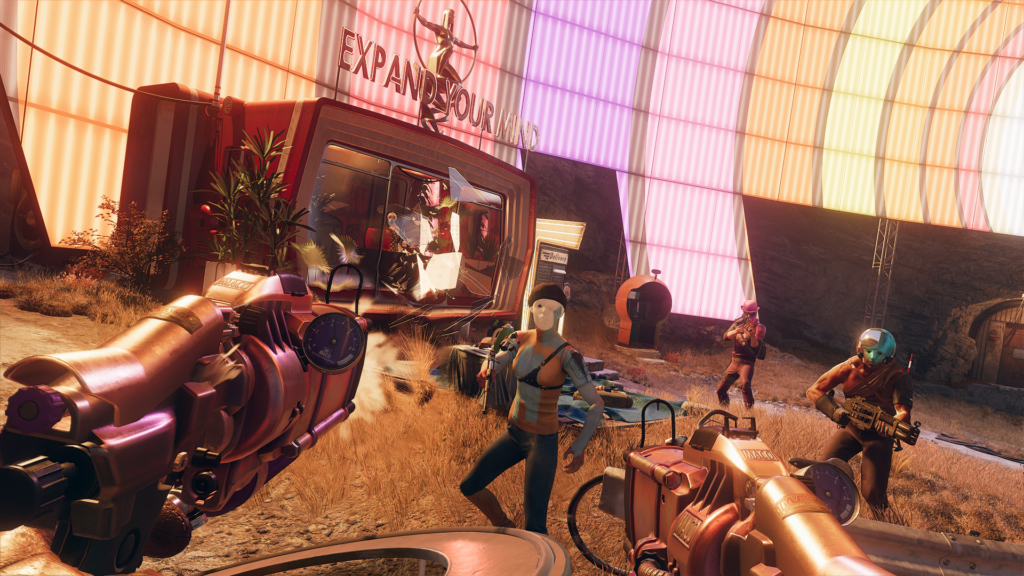 Evoking 1960s art trends like Psychedelic and Conceptual Art, DEATHLOOP is striking with every district you explore. This is a game that’s seemingly optimized for AMD GPUs, as most of the technology in the game for Ray Tracing and Super Sampling uses. So you’ll find settings for FidelityFX CAS, FidelityFX Super Resolution (FSR), and more. It is worth noting that NVIDIA Reflex is present, the low latency technology for multiplayer, but nothing else from NVIDIA. Now, having an NVIDIA GPU seemed to handle the AMD settings just fine, though it did seem choppy and poorly implemented. Upon closer inspection, FSR seems broken, producing horrendously blurry images under the “Quality” setting. And the Ray Tracing seems to be the source of most, if not all the crashes I experienced while playing. Turning it off didn’t diminish the experience visually. Overall I didn’t have terrible performance, but it could be better with NVIDIA “Game Ready” drivers and updates, which have yet to happen. Whatever you can squeak out of it, it’s an absolutely gorgeous game, still. 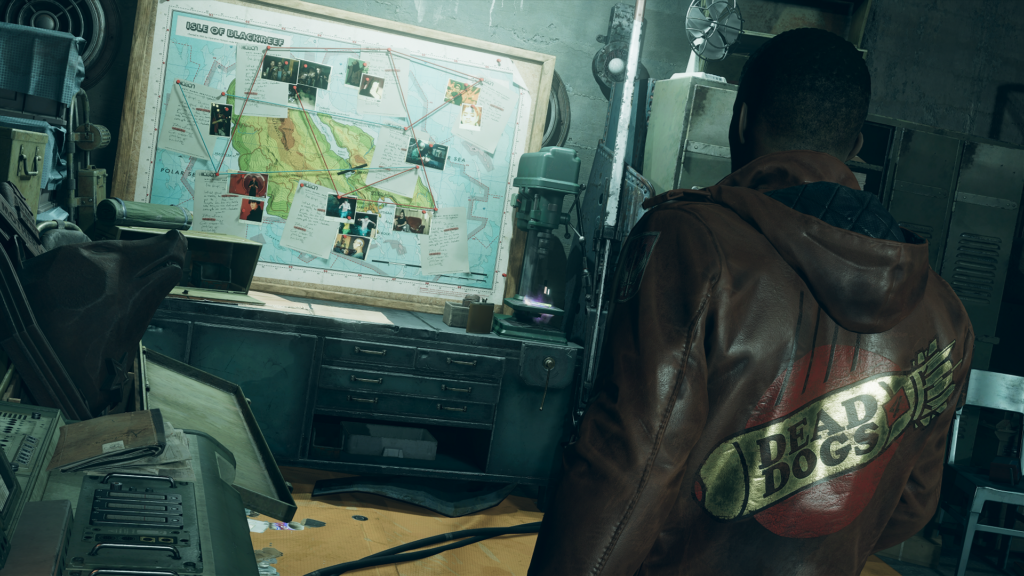 DEATHLOOP succeeds at the artistry of repetition with tight gameplay and the interplay between its systems. While the structure strays from what they’re known for, this is undeniably Arkane. In a lot of ways, this feels like a ‘Greatest Hits of Arkane’, offering a little something from all of their games. It’s a next-generation experience I won’t soon forget. I never tired of having to do the same kinds of things again and again. The loops are done are on your terms, giving you full agency. DEATHLOOP is the paragon of immersive sims, and standard bearer for the time loop sub-genre.