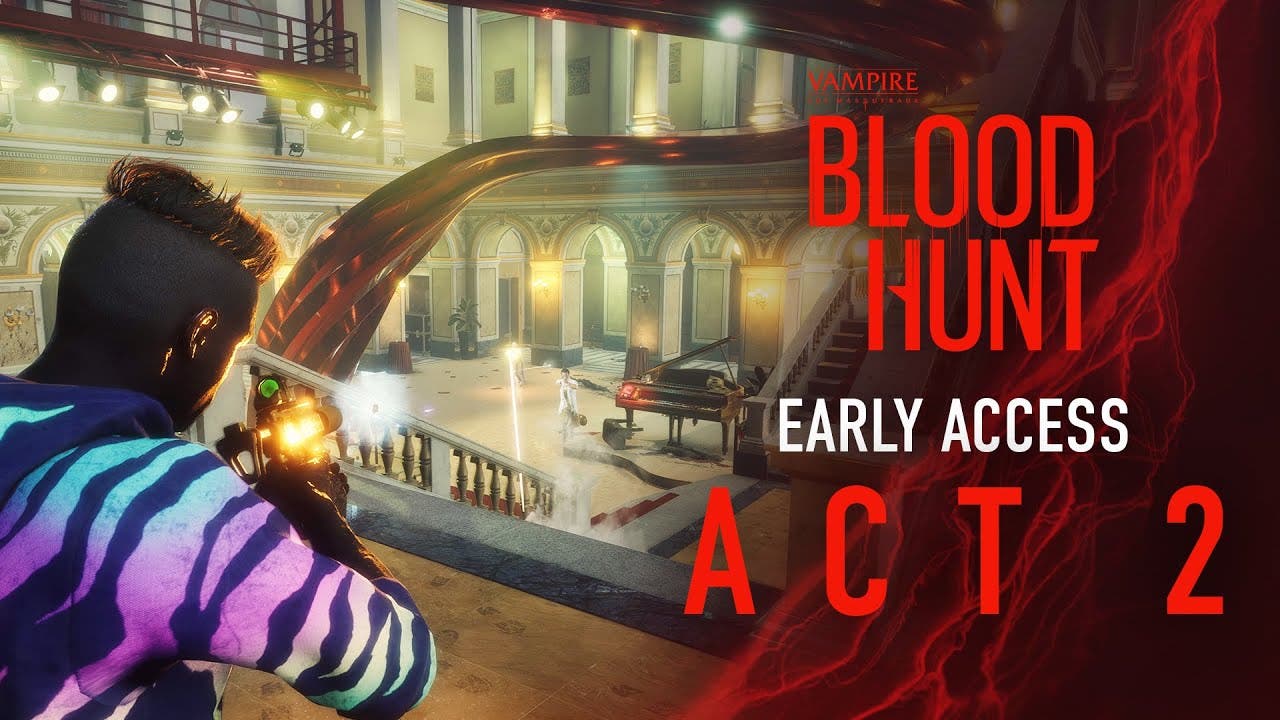 Malmö, Sweden – 8th October 2021: Developer Sharkmob is excited to announce that their free-to-play Battle Royale game Bloodhunt gets its first seasonal update with the release of Act 2. Still in Early Access, the game is scheduled for full release on PC and PS5 before the end of the year.

Act 2 introduces new story content, daily challenges, more vanity and opens up new areas of the map. The team at Sharkmob is also getting players into the Halloween spirit, giving players brand new Halloween content to sink their teeth into. The update will also include several gameplay improvements including balancing, optimizations and fixes to some issues raised by the community.

“We’re extremely excited that the Bloodhunt community is continuing to grow,” said Craig Hubbard,  Bloodhunt’s Game Director. “It’s great to see players enjoying the Early Access experience and our take on the Vampire: The Masquerade universe. We want to thank everyone who has joined the fight to become the ultimate vampire and we hope you’ll continue to share your feedback, suggestions, and hopes for the future of the game.”

“We’re just getting started on this journey and we see the community as a collaborative partner in helping us steer Bloodhunt in the right direction. We’re working on plans to further increase transparency and get more involvement from our players, so we hope you’ll stay tuned!”