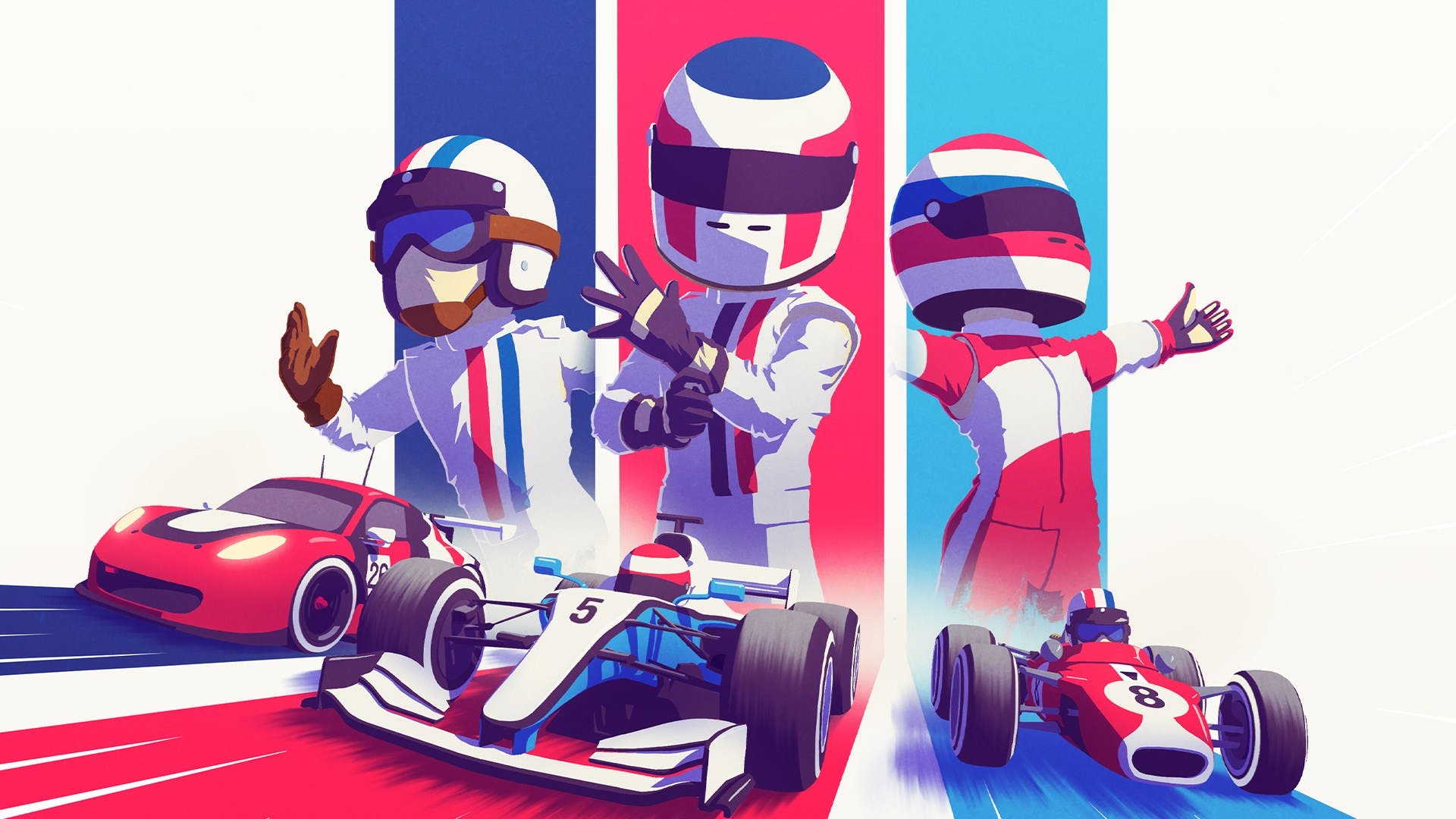 The top-down racer rarely appears, but is alive and well. After its stint on Steam Early Access, Circuit Superstars from Original Fire Games and the Square Enix Collective has now taken to the grid with a full release. It’s an eclectic mix of racing styles across different eras and terrain. It’s a challenging game for those who want it, yet it is still approachable for those need it. Circuit Superstars has unique handling for every car type which has a wonderful feel, and looks great while doing it. 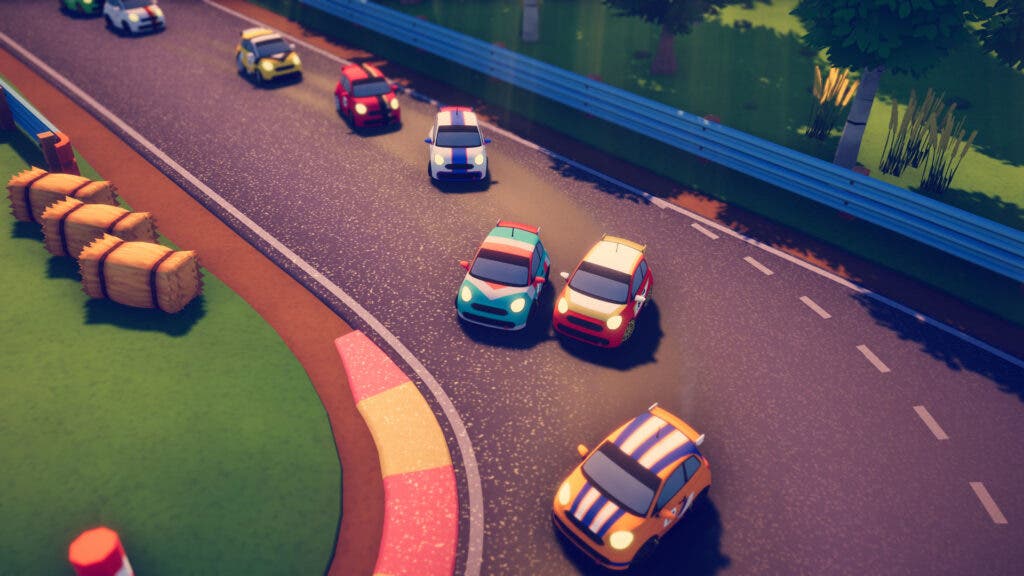 Circuit Superstars is a top-down or isometric racer in the vein of art of rally or something older, like R.C. Pro-Am. There are times where they even remind me of slot cars. It’s more apt to draw comparisons to Micro Machines when seeing these vehicles in motion and hooning around a track. Where the camera sits above the track seems like it’s at the perfect height. There’s also a minimap, and it’s great to reference it often on new tracks until you get your bearings.

There’s several modes of play, but the main draw will be the Grand Prix mode. Each grand prix has all of the game’s twelve different racing disciplines to participate in. The late-game Grand Prix’s will have more laps and more at-stake, but laps generally take about 30 seconds to complete, no matter what you’re racing with. This keeps races and series short and to the point. 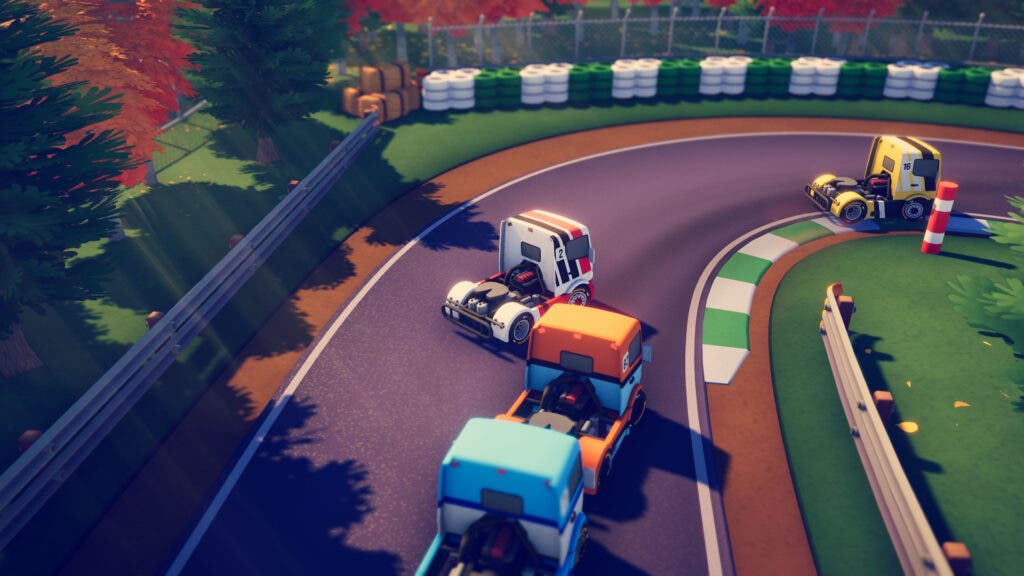 Within a grand prix like Rallycross, you’ll have to play every race, all in a row – there are no saves along the way. There are markers that if crossed will incur a time penalty. The AI gets caught on this too, so it doesn’t merely exist to catch you from cutting corners. No matter how you like your challenge, there’s something for you. I personally found a balance in the Pro-Am difficulty, which is the second of five available. If you’re looking for something to put you to the test, Circuit Superstars has something for everybody.

Completing races and Grand Prix’s, you’ll see a score accumulate into a rank. This only appears at the end of the race and no where else, so it’s not clear what this rank is used for. It seems to be an arbitrary inclusion. I’d like to see the rank system become something more meaningful eventually. As it stands, it’s just a way to see the numbers go up. 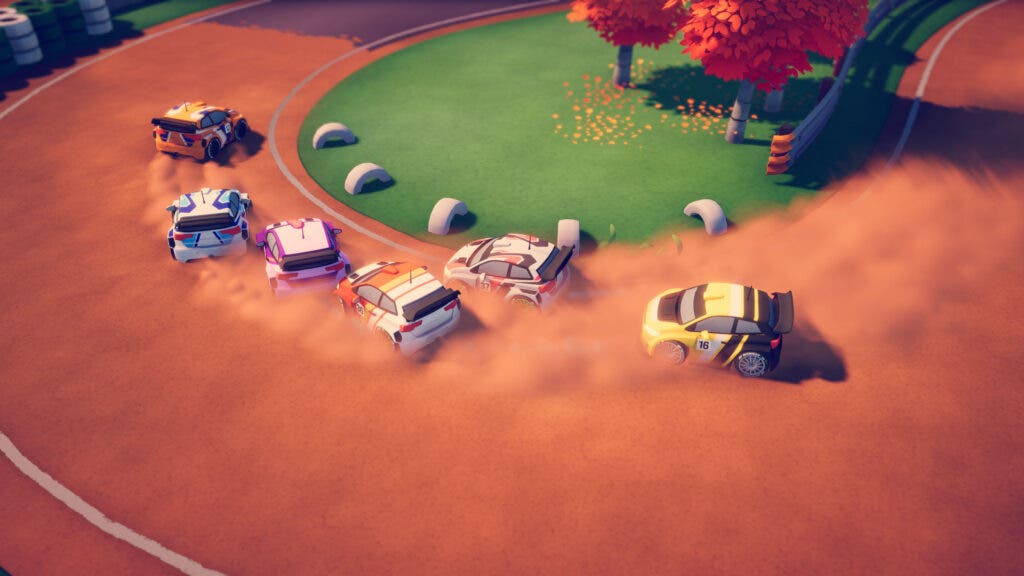 Visually, Circuit Superstars is incredibly gorgeous. From the bright, vibrant colors to the crisp, clean visuals. Then there’s the little details like the sparks when rubbing up against a barrier, smoke that billows when your car takes damage, and backfire as you shift. I’m surprised there’s no weather like rain or racing at night. They seem like weird omissions in hindsight. While racing, you’ll notice tire marks. These are cleverly disguised as the “ideal racing line” if you look closely. It’s really smartly designed that way.

Races become a bit more serious in faster disciplines, asking you to perform a qualifying lap before the race proper. In some races like with the 80’s Formula GP, you’ll have to concern yourself with vehicle health, fuel consumption, and tire health. This is all remedied by making a strategic pitstop to be topped off. Since there’s no spotter or crew chief talking to you, these decisions must be gauged by you and you alone. 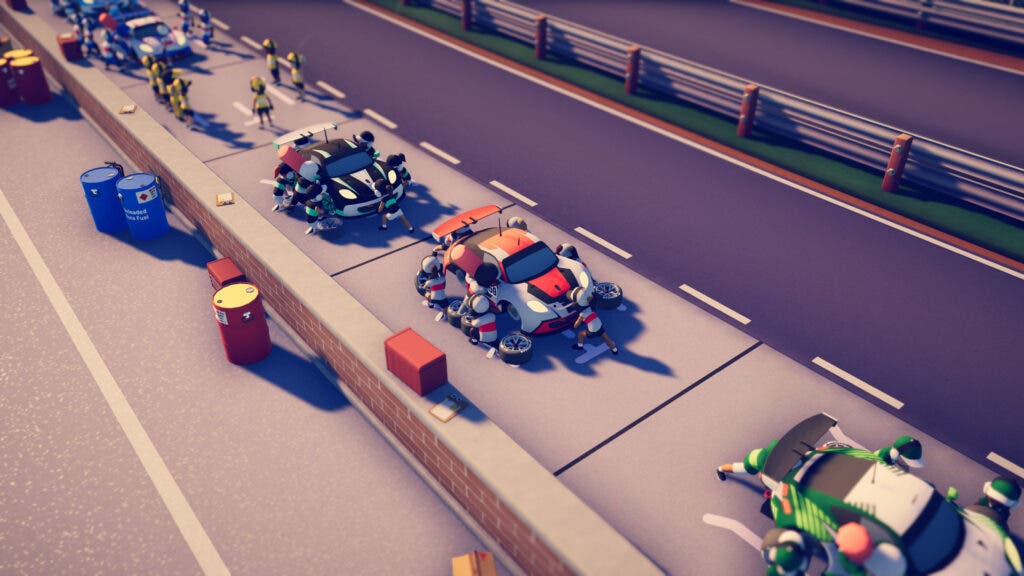 Online is a big component to the game, and playing in multiplayer matches can be done either to solo queue into a race. The other options is to create or join a lobby to play with friends. In my experience, almost all corners become logjams and a rousing game of bumper cars. It’s definitely not the intended way to play the game, but does create tension. There are situations where players will turn into a ghost temporarily, but this doesn’t happen nearly as much as it should.

Aside from competing in Weekly Time Trials, there’s the Top Gear Time Attack challenge as well. In this FREE DLC (essentially included with the game), you can race on the famed BBC Top Gear Test Track. It also unlocks The Stig costume for use while racing, and the whole goal here is to beat ghost times. A lot of what the game becomes after you conquer the Grand Prix mode, is about continuously setting the best lap times. 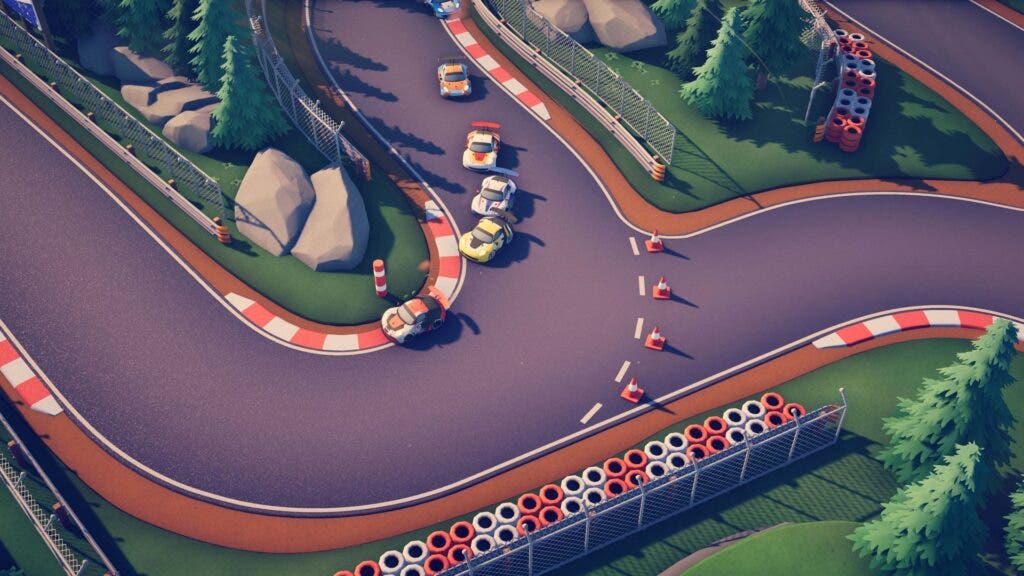 I look forward to seeing the further potential of growth and future sequels that Circuit Superstars has. The “By racing fans, for racing fans” mantra works to great effect as it looks, plays, and feels great at every turn. This is one of those games that’s great for all ages. Circuit Superstars is great template for what makes top-down racers so good, and everything from the visuals to the controls are so dialed in.