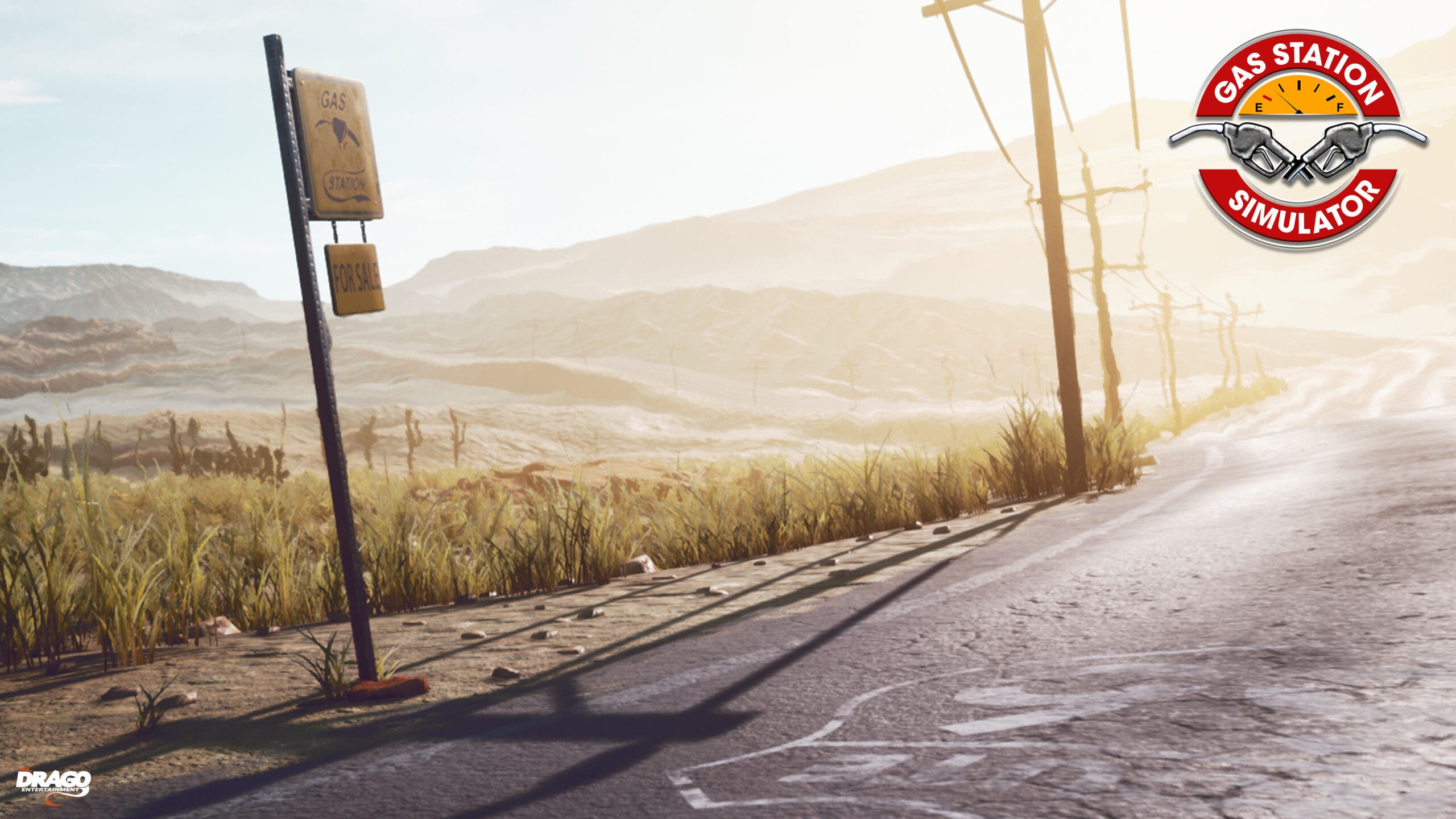 Gas Station Simulator is exactly what it says in the title. You’re operating a gas station. As with many others in the simulator genre, it takes the idea of running a mundane, daily activity and trying to get some entertainment out of it. Gas Station Simulator does a great job of blending in some engaging mechanics and a gameplay loop that kept me playing through multiple sessions for hours. 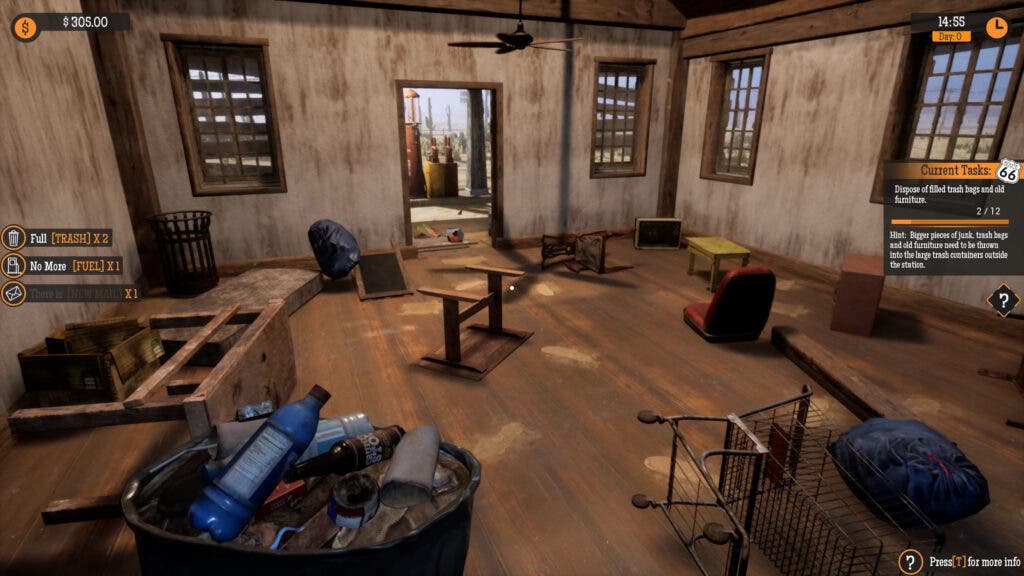 You start the game off, inheriting a run-down gas station from your uncle, located on some messy plot of land in the desert. To get things going, you had to take out a loan from your shady, mob-boss-like uncle that he will expect to be paid for later. The game kicks into gear by getting you to renovate the main building and start fueling up cars. The end game here is to upgrade your gas station and have a profitable business, but you got to start somewhere.

As you progress, earning more cash with most customers you assist, you’ll be able to upgrade certain aspects of your gas station to either make things easier or entice more customers. Obviously, the focus is on pumping gas, but eventually, you’ll have to operate the convenience store. To do that, you’ll need a place to store your inventory, not on the sales floor, so you’ll have to open up your run-down warehouse. Once you have that backup, why not fix up the garage and fix customer cars as well? By the end, you’ll have yourself a thriving gas station business.

Each of the main upgrades will complete chapters within the game. Still, you’re able to do more minor upgrades in between, things like cleaning up sand in the parking lot to holding more customers, adding more fuel pumps into the station, placing decoration around your station, making things more attractive, and more. If you ever get lost as to what to do, the game keeps track of the main objective on the main UI. They will usually have a tally count or progress bar to help you know where you’re at progress-wise. 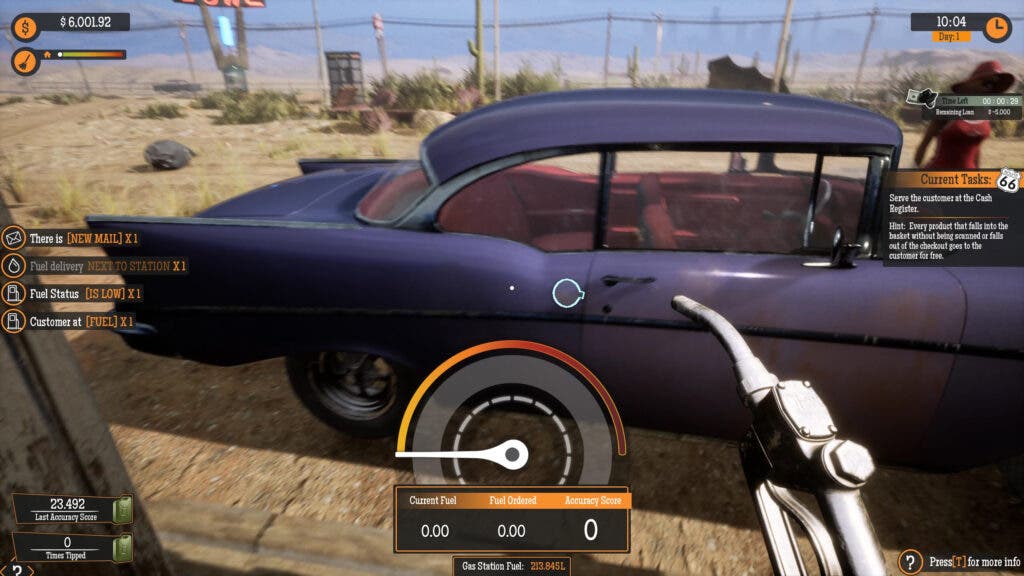 So what are the day-to-day tasks that you’ll encounter in Gas Station Simulator? The workday consists of various mini-games that resemble different jobs you would do in a gas station. The main one is that you have to run out to the fuel pumps and pump gas because apparently, it’s full service here, no self serve. But also expect to run the cash register inside the store where you operate the conveyor belt and scan all the customer’s items. You’ll also eventually unlock that garage I mentioned to do a very basic version of a Car Mechanic Simulator where you’re changing oil, changing tires, fixing scratches, and more. You’ll have access to a computer that you’ll be able to order more inventory and purchase the upgrades and customization items for your station.

Speaking of, you’re given plenty of adjacency on how to customize your gas station, from the color of paint to the number and sizes of inventory shelves inside your convenience store. It’s your gas station, so run it the way you’d like. I’m sure it sounds like the loop here can get pretty tedious after a while if you’re constantly running from the pumps to the register. Still, you do eventually unlock the ability to hire employees, and you can assign them any of the tasks you would have done to help ease the load off of you. As they do the given job, they level up in that discipline and get better at it. But you have to make sure you can afford to pay them and make sure they get their breaks. 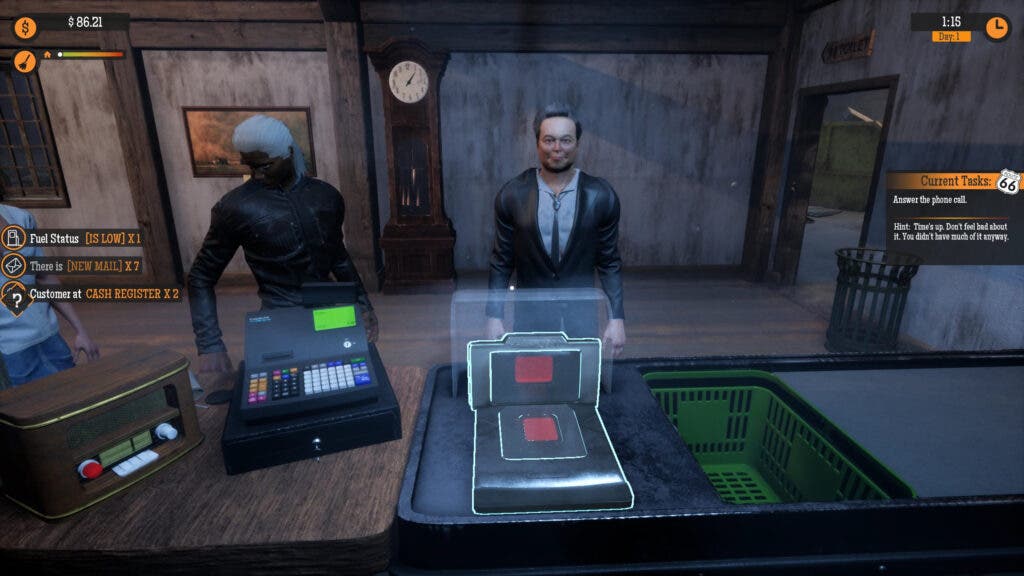 You’ll want that help, too, because as you open up more spots in your parking lot, more pumps, and accept busses, you’re going to be swamped. The busloads of people who can come in can get pretty weird. The first group you get looks like they just came from some Roswell, New Mexico alien party or something. Everyone from the bus is wearing some alien outfit or lizard mask, just some strange stuff. The game sticks with the UFO theme, too, as if you get in a pickle and the traffic gets fubar’d, you can run up to your sign out front and call in a UFO to reset everything. One thing I forgot while I was playing was the ability to close your station. Up at the sign, you can turn it off to say the station is closed. For most of my time playing, I was running around like a chicken with its head knocked off almost 24/7 in-game, with very little time to clean or restock supplies. I mean, I did it; it was just a lot of hustle. It would have been beneficial if I had remembered to close shop.

The game is fun, and if I’m selling you on what it offers, great! But two things irked me, one that was solvable and one that only seemed to affect my PC. So in the game, you run into this kid named Dennis, who comes and messes up your shop. He will paint rude or phallic images on your building, really just causing me to be annoyed more than anything. It doesn’t seem to affect the station, but going out there and repainting walls was not fun. I’m positive this is the intended feeling the game is trying to cause, but no thanks. Luckily you can turn off Dennis’ interactions within the options menu. The other issue I had was the initial load time. When you first boot up the game, you get a prompt that says, “This may take a while,” regarding the loading. On my PC, that “while” took over seven minutes, I timed it. Now I have the game loaded onto an external SSD connected to the PC via USB-C. So it’s not a slow setup, but I could open the game, make coffee and a meal, and still come back to a loading screen. I will say, though, that I had run the game on a different PC with internal SSD storage, and she booted up in over half the time. So be aware that your load times may be drastically different. 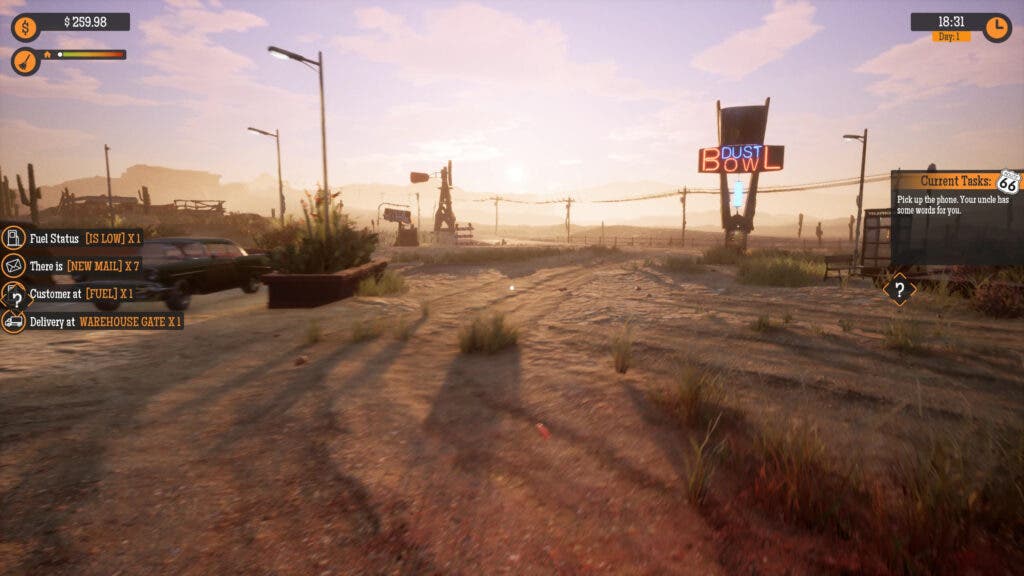 Overall, I had a blast with Gas Station Simulator. You get that feeling of running a gas station, especially early on when it’s just you rushing between the pumps and register. The mini-games peppered throughout the game don’t make running the place feel like work. Well, except for picking up the trash and cleaning. I maybe forgot to mention that part. I assigned my employee to do that anyway, so no skin off my back. That aside, the game hits its mark; it says what it is in the title. I feel this one is up there in the pantheon of its genre and if you were to ask me what good simulator games should you try? I’ll tell you: Car Mechanic, House Flipper, Power Washer, and now, Gas Station.