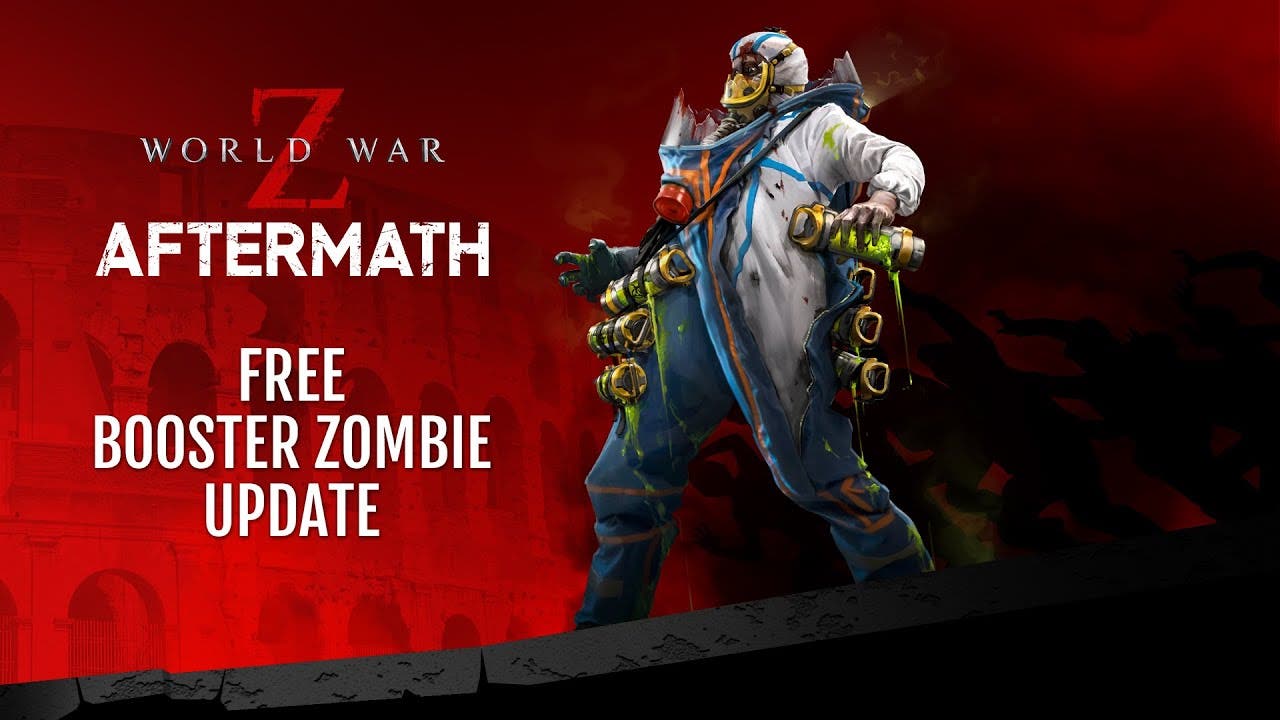 The Free Booster Zombie Update introduces the new Booster zombie type, adding more terror to the battlefield. Armed with concentrated bio samples, it enhances all zombies around it, making them even deadlier. This is one undead enemy you’ll want to keep a close watch for. Also added today are World War Z: Aftermath’s new Daily Challenges, giving the community new opportunities to earn bonus in-game rewards each day.

Finally, today’s update introduces rare Lore Documents that can appear on Daily and Weekly Challenge Maps. Finding all of them on each map unlocks a special passive perk for that level, giving players new discoveries, experiences and rewards when replaying missions through all of the game’s zombie-ravaged locations.

Powered by the next generation of Saber’s dynamic Swarm Engine™, World War Z: Aftermath lets you play on your own with AI squadmates or in co-op for up to four players (with full crossplay between PC and consoles). Take on hordes of ravenous zombies in two totally new story campaign episodes set in the city of Rome (including Vatican City) and Russia’s snowbound Kamchatka peninsula.

The true next-generation edition of World War Z: Aftermath will officially launch on PlayStation®5 and Xbox Series X|S in 2022 with a free upgrade and other enhancements. The new Horde Mode XL is also scheduled to launch next year on next-gen consoles, Stadia and PC. For the latest from World War Z, visit www.WWZgame.com, and follow the series on Twitter, Instagram, Facebook and YouTube.