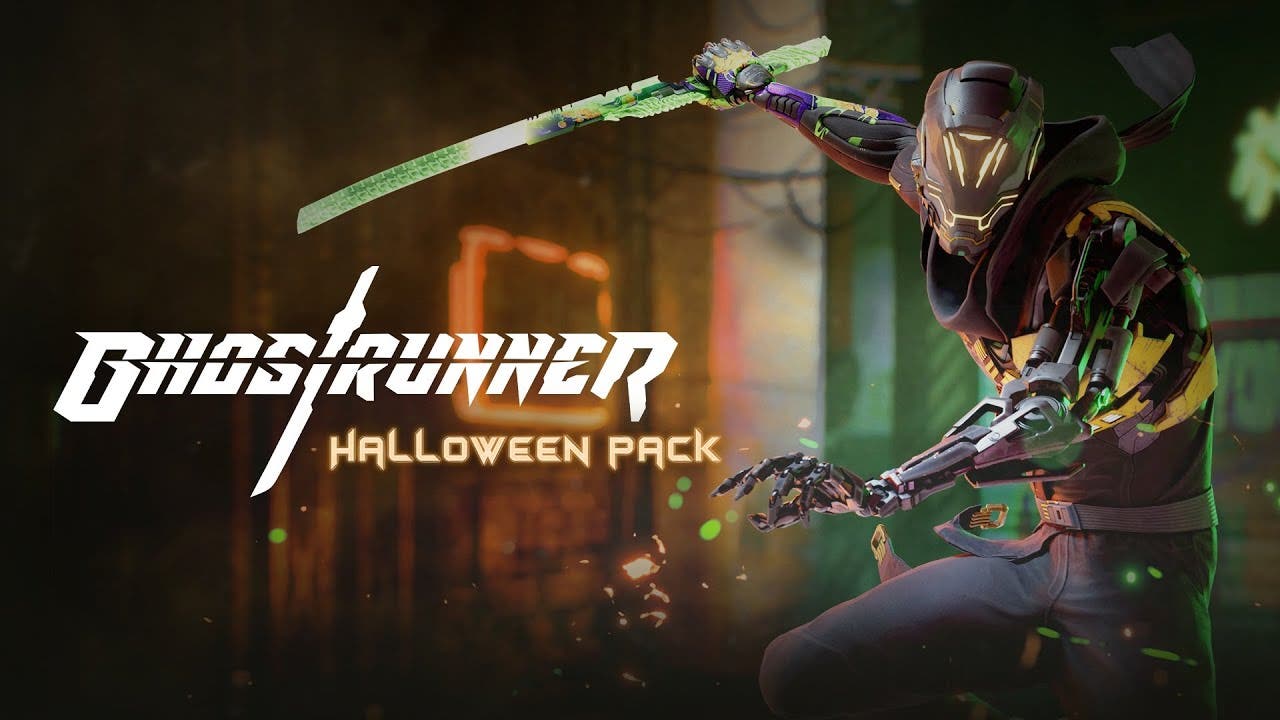 Until November 1st, Amazon Prime subscribers can claim a free Ghostrunner code on GOG as well as a katana exclusive to that platform (not available in Greater China). GOG players can also enhance the cyber-ninja’s style with cosmetic DLCs including the Winter pack, Metal Ox pack, and Neon pack at discounted rates.This opportunity follows other free Prime Gaming giveaways with Genshin Impact, Knockout City, and Roblox.

“Ghostrunner continues to impress with its emphasis on breakneck speed and demand for finesse, but a huge draw for series’ fans is the cyberpunk aesthetic,” said Neil Ralley, 505 Games President. “The Halloween DLC adds to the game’s style, and we hope our players enjoy it as they await the big news we have in store in the coming weeks, months, and maybe even years…”

Developer One More Level also updated the Ghostrunner roadmap revealing the upcoming Ultimate DLC and other additions to the acclaimed game. In addition to these game expansions, Ghostrunner fans can expect a series of giveaways, developer interviews and more in the leadup to the New Year. 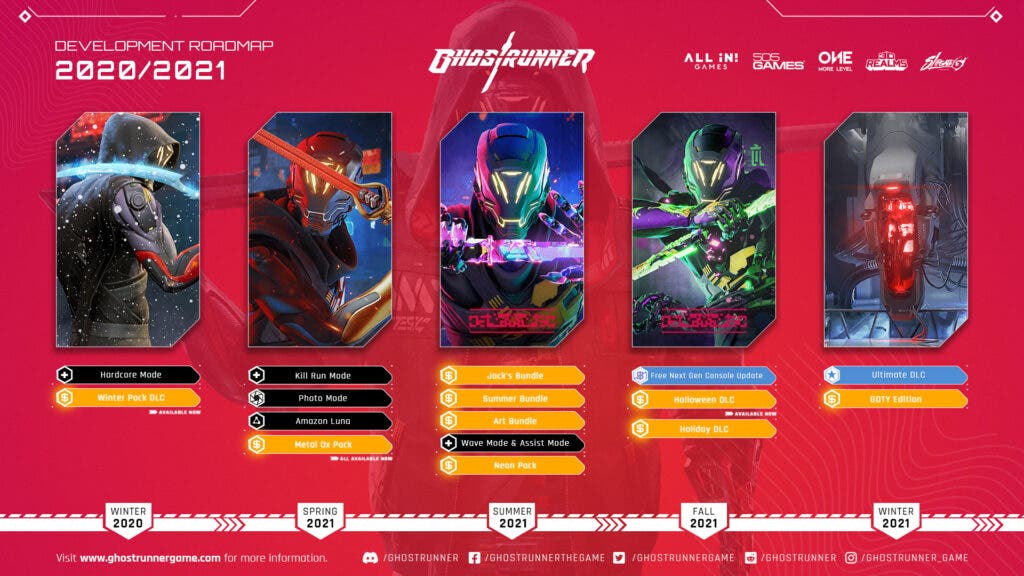 Ghostrunner is available now on PlayStation 5, PlayStation 4, Xbox Series X|S, Xbox One, Nintendo Switch, Amazon Luna, and PC via Steam, the Epic Games Store, and GOG at SRP with holiday discounts on the horizon. During the Steam Halloween sale, pick up Ghostrunner for $12.99 at 60% off.

For more information about Ghostrunner, including full language support, visit the official website.