The For Eternity update introduces some kick-ass new gameplay features for those hardened soldiers who want to frag forever. The all new Eternity Tower game mode throws 50 challenging stages, all in a row, rewarding you with neat tools as you master each level. But that’s not all, the new Endless Mode will challenge your skills to the max as you climb the endless shifting Eternity Tower as high as you can with increasing difficulty! How long can you survive?

Key Features of the For Eternity Update Include: 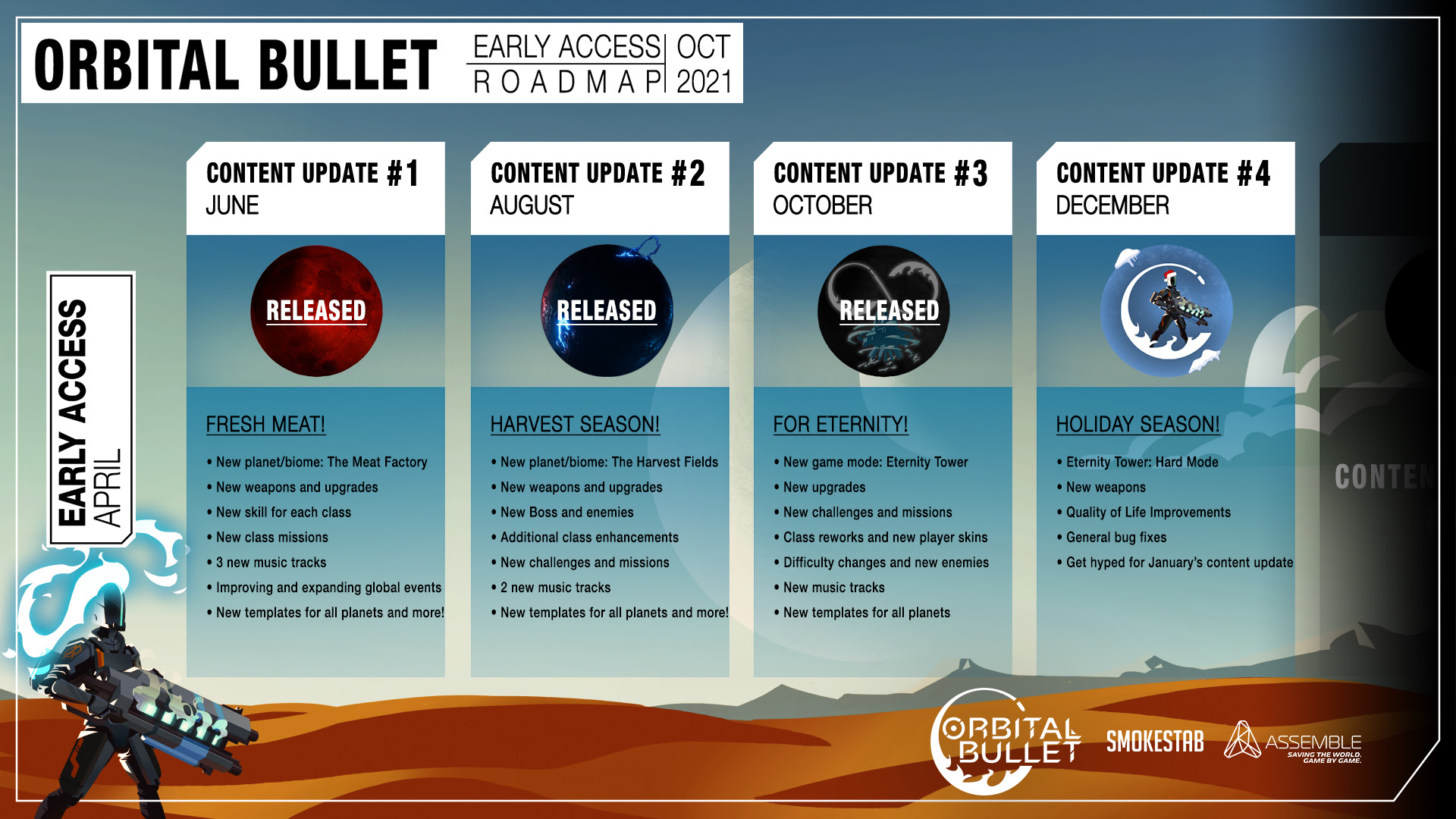 Throughout Early Access, developer SmokeStab invites players, fans, and all members of the community to join the official Discord to share feedback, gameplay recommendations, content suggestions for new weapons, challenges, bosses, planets, enemies, and more during the pre-launch phase.