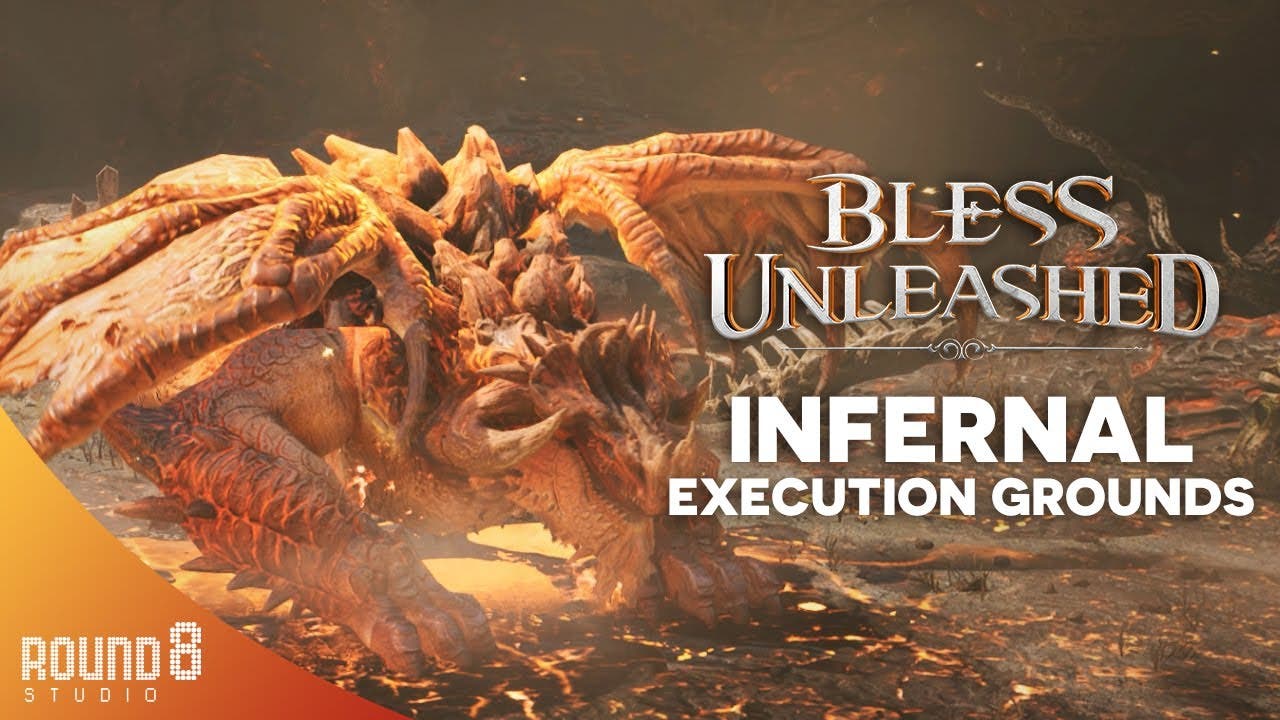 SEATTLE – October 29, 2021 | Neowiz and Round8 Studio are pleased to announce that Bless Unleashed has just received its biggest update since launching in August earlier this year. The highlight of the big new update is the six new TIme Dungeons being added to the game, including the never before seen (even in the console versions) Infernal Execution Grounds. Please note that not all of the dungeons will be added at once, but instead will be “opened” according to the Time Dungeon schedule.

In addition to the new end-game dungeons, the brand new PVP Season “Rising Dawn” begins, with fantastic rewards and titles for the taking. The Twisted Void Soulraiser is a high-level Field Boss found in North Sperios.

On top of the Infernal Execution Grounds, the other new Time Dungeons being added are three Lairs: Harpy Queen’s Nest, Chamber of the Ancient, and Archon of Fire. And there will also be two Abyssal Dungeons: [Abyssal] Dreamscale Ruins – Hall of the Eclipse and [Abyssal] Rutus Mines – Halls of the Dead.

All of these new dungeons are meant for the highest level players with requirements to enter being Level 40 and a minimum Gearscore of 1516. Players will be able to earn the newly introduced S+ grade equipment from the level 40 Lairs and Dungeons.

In addition, fans of the match-made PVP “Warlords Arena” will be pleased to know that the rules of the arena have been changed to make it easier to enjoy team-based PVP. Characters will all be set to the same level, and have the basic Attack Power and Defense for each class. However, the character’s equipment effects, Blessings, and skill growth will be maintained.

And for those who merely want to test their skills or brag against their friends, a brand new 1v1 Duel System is available to all players. Merely challenge your friend (or foe) and find out who’s the baddest.

With all the new PVP content being added, players will be able to purchase S grade or S+ grade PvP equipment from the Vos’Elan or Sen merchant with Victory Tokens obtained from the Battlefield or Arena. These rewards are expected to be unveiled and added to the game in the first week of November.

Full patch notes can be found on the Bless Unleashed Steam Page. To celebrate the update, a 50% Bonus XP and special GM Rewards Event will be ongoing after the update until November 4th, 2021.