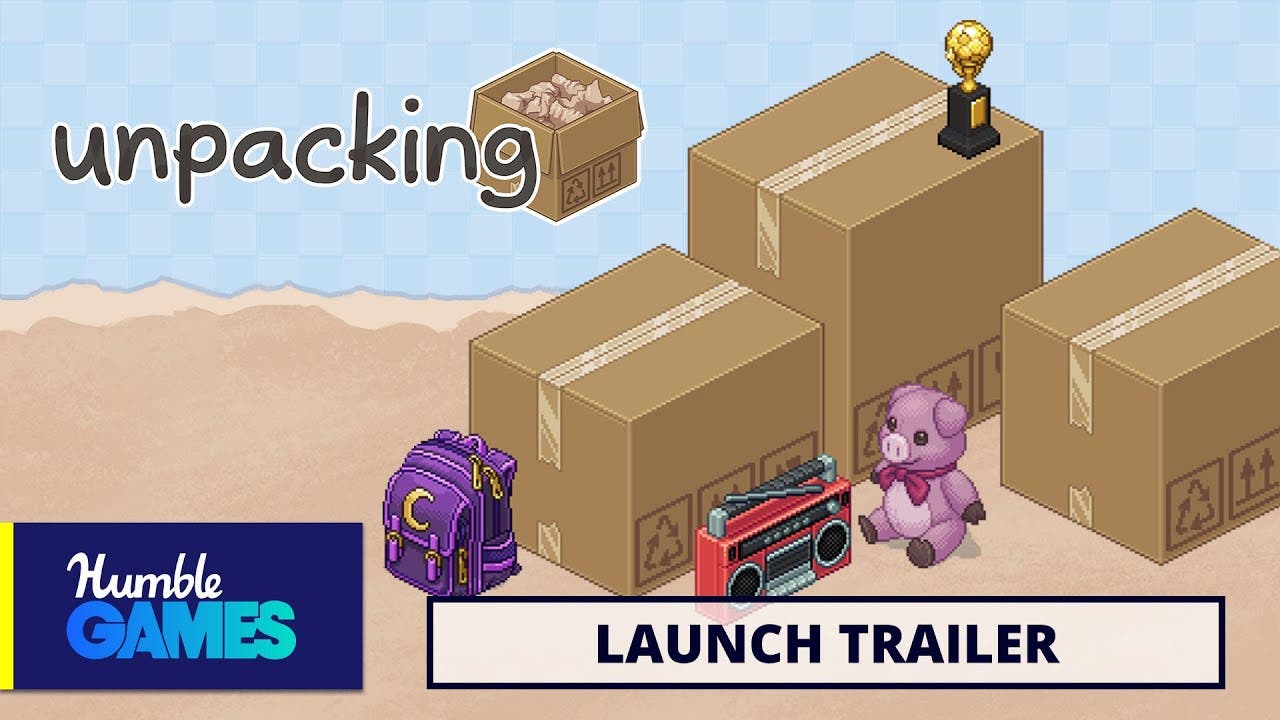 There’s a lot to unpack in this launch trailer for Unpacking, out today for PC, Switch, and Xbox One

To celebrate, the team has released a brand new trailer here. Humble will also be hosting an Extra Life charity stream supporting UCSF Benioff Children’s Hospitals from 9am – 10pm PT today, which will include a launch celebration for Unpacking with Witch Beam developers Wren and Tim joining at 8pm PT – fans can tune in here.

Unpacking is a zen game about the familiar experience of pulling possessions out of boxes and fitting them into a new home. Part block-fitting puzzle, part home decoration, you are invited to create a satisfying living space while learning clues about the life you’re unpacking. Over the course of eight house moves, you are given a chance to experience a sense of intimacy with a character you never see and a story you’re never told.