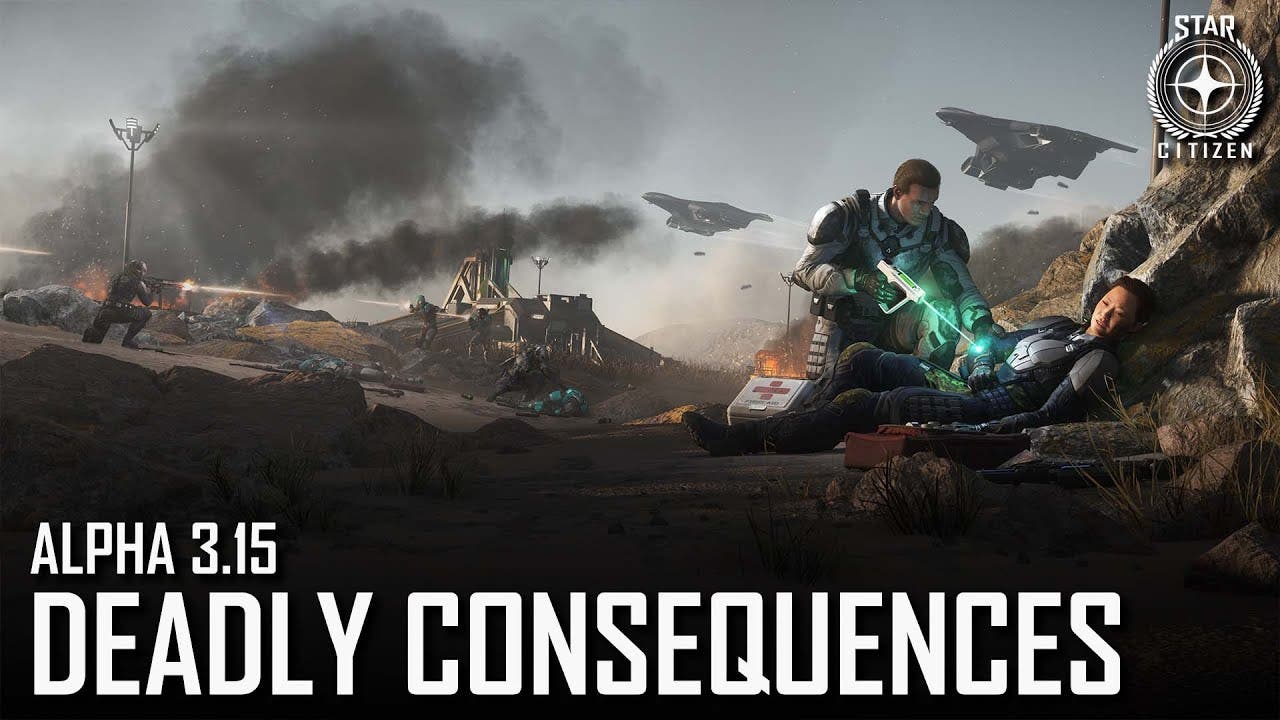 There’s some Deadly Consequences in Star Citizen with the Alpha 3.15 update today

LOS ANGELES – Nov. 10, 2021 – Cloud Imperium Games (CIG) announced today, the release of the Star Citizen – Alpha 3.15: Deadly Consequences update. Today’s update introduces an array of exciting new systems for players, focusing on new hospitals and medical gameplay, including injury and recovery mechanics. In addition, players can look forward to significant updates to personal inventory systems that will make managing loadouts a more tactical endeavor. Updates to these major feature sets will heighten the level of risk vs. reward around players’ strategic choices in-game. The Star Citizen – Alpha 3.15: Deadly Consequences update marks another major milestone in CIG’s progress and continued commitment to its players to develop the most ambitious and transparent games development project in history – and follows an exciting first look at the next full star system in development for Star Citizen revealed at CitizenCon 2951.

“On behalf of the entire development team, I am thrilled to launch Alpha 3.15: Deadly Consequences, which adds vital new gameplay and content like healing, looting, and bombing to Star Citizen,” said Star Citizen Creative Director Chris Roberts. “We’re especially excited for the Tier 1 implementation of Medical gameplay and the hard gameplay choices that come with Physical Inventory, which brings us one step closer to our shared vision for the best universe sim ever.”

For full details on the Star Citizen – Alpha 3.15: Deadly Consequences update, please head here. Players interested in what each development team is working on are encouraged to visit the Star Citizen Progress Tracker and roadmap on the official website.