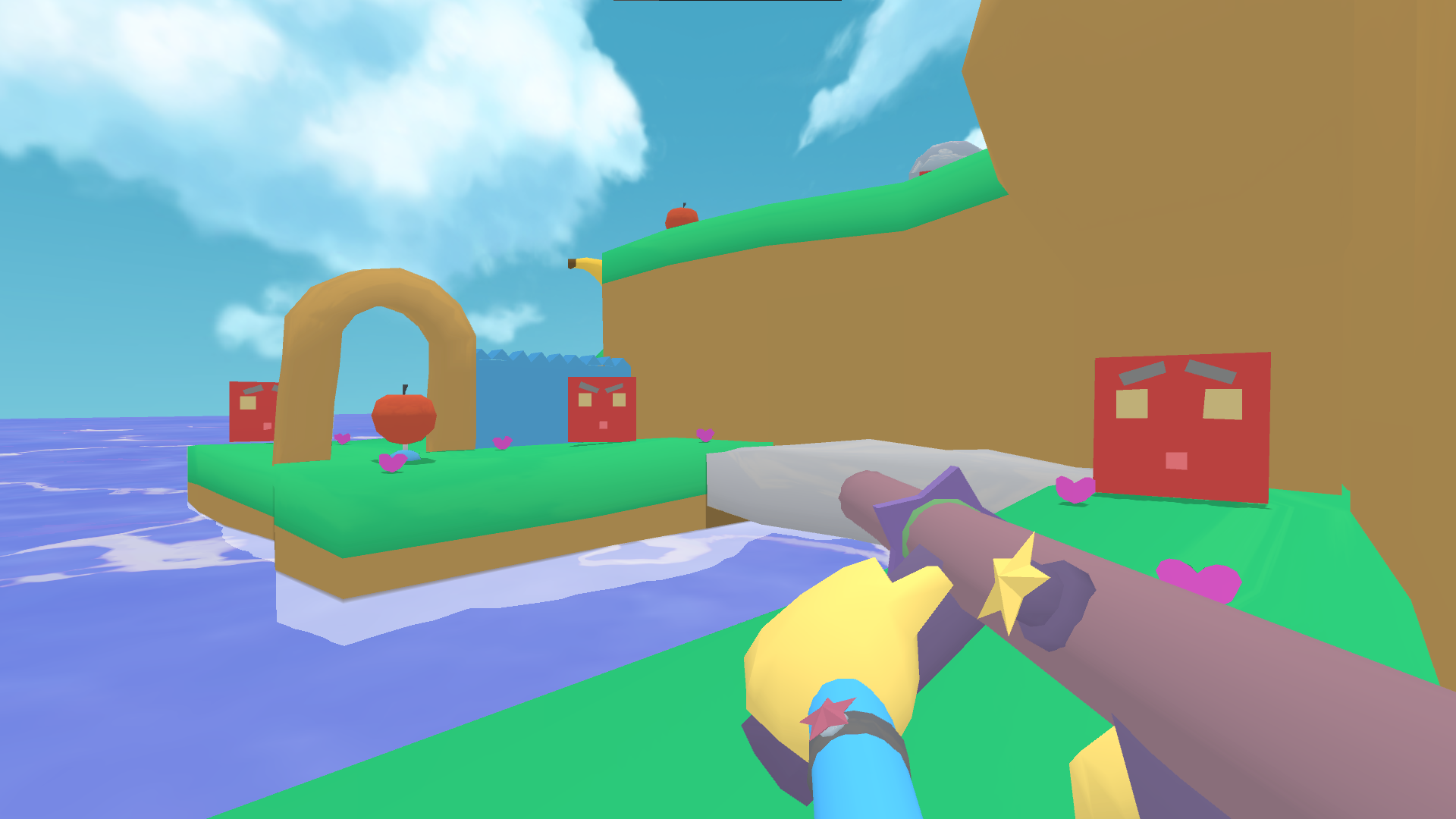 Lovely Planet Remix is a “greatest hits” of first-person shooter genres and styles that offers a variety of ways to play and enjoy the game. Each game in the series has gone for a singular, yet different style game-to-game. This time around, it’s the kitchen sink approach, and it’s a stupendous delight. You are in control to choose the first-person shooter you want to play. And so, Lovely Planet Remix draws you in with its low-poly visuals, and holds onto you with its stimulating gameplay. 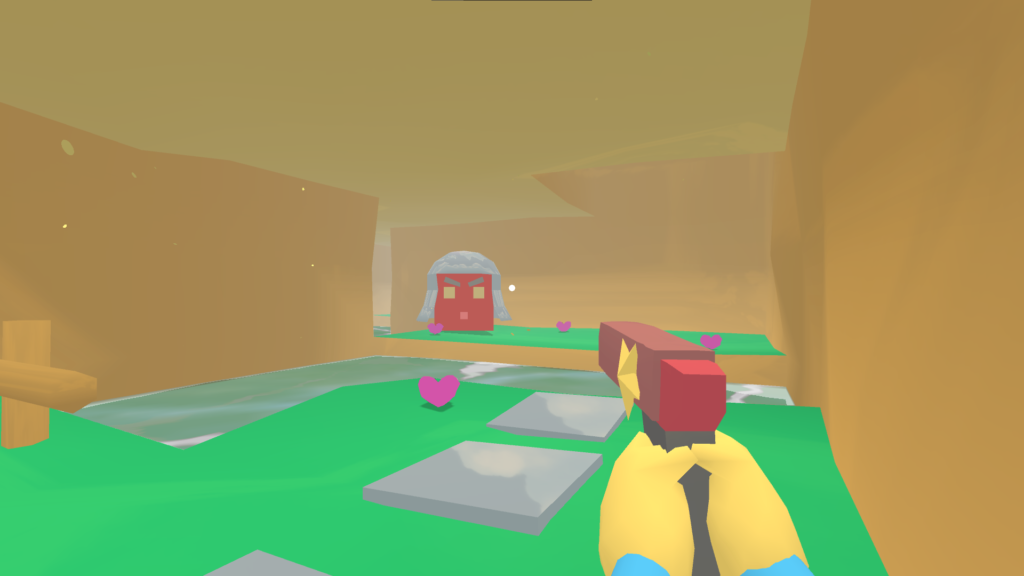 Now I’ve covered every single Lovely Planet game that’s been released by quicktequila thus far. And Lovely Planet Remix is now the best one one yet. This one is all about the gameplay, and is brimming with creativity and unintentional humor with its challenging first-person shooter core.

With 150 levels, there’s lots to do and see. Completing the levels requires grabbing the star that’s only attainable only when all enemies have been extinguished. If by some chance you manage to complete all the levels, achieve three stars on them, and are somehow still craving more, then there’s arcade mode. Arcade mode makes things even harder by imposing limited lives. This is ideal for speedrunners, and almost demands memorization in order to do well at.

The initial playlist of levels for Lovely Planet Remix gives you a taste of what’s to come. You’ll shoot standard guns, pistols, and uh, wiggly ones. Yes, the gun barrel of one gun wiggles around, altering the trajectory of your projectiles depending how hard you turn towards a certain direction. There’s also weapons that have a swift “bullet drop” shortly after being fired. Other mechanics let you double-jump or dash across chasms. There’s fourteen playlists to unlock that cover six different types of games, such as classic (the original Lovely Planet experience), tactical (thoughtful movement where you can die real fast), beach (more platforming types), and jelly (the wiggly gun one). You may not like every type of game that’s given to you, but spend enough time with it, and you’ll get over that hump. It’s never frustrating, more often than not it is funny with how purposefully unwieldy the controls can be.

In order to reach the exit, you’ll have to shoot every enemy on the level without dying. But along the way you’ll have to shoot items shot into the air, or upon touching the ground will kill you. Sometimes there are friendlies within a level where errant shooting will not suffice, as you’ll shoot them and have to restart the level. Sometimes there’s a goo covering your landing that needs to be shot to remove it. This is a game where quick reflexes are needed, but restarts are even quicker. It won’t be long before you become proficient at the level, improving incrementally until you beat it. It’s rewarding when you see the “Success” message, and move on to the next level. 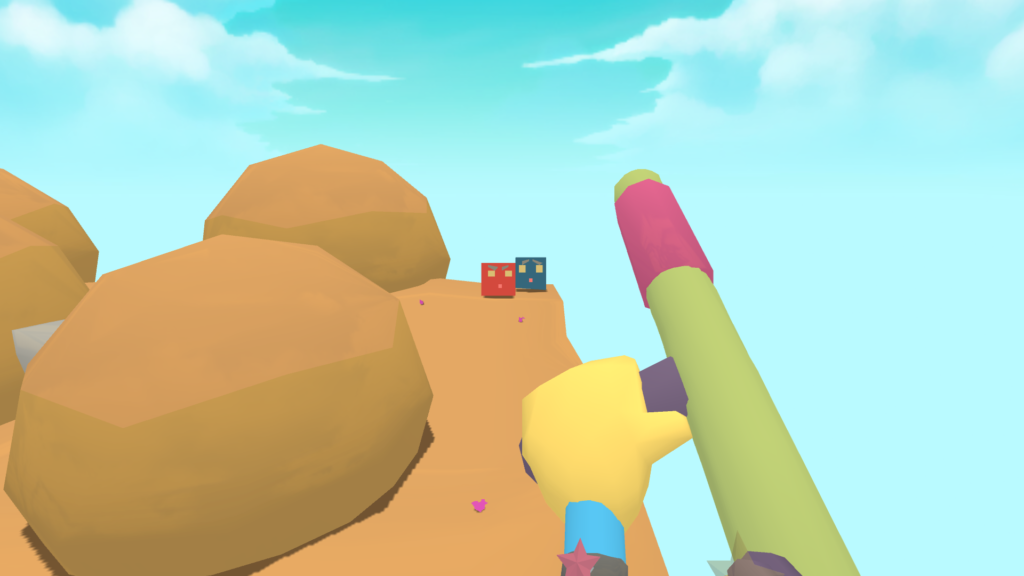 If you’re looking for ways to improve your game, or look for hints on how to beat a particular level, the leaderboards are where you should start. The leaderboards contain replays that give insight to the best players, and reveal the tricks and plays that earned them that top spot. It’s a clever system of not only validating high-level play on the leaderboard, while also teaching others.

The Lovely Planet series maintains the same type of aesthetic, retro with a low polygon count that ensures the highest of framerates at all times. Every game looks like Katamari Damacy while sounding like the showroom music of Gran Turismo. There’s real bops and different genres of music as well, but it all has an arcade sound to it that keeps things light. It’s an audio-visual treat. 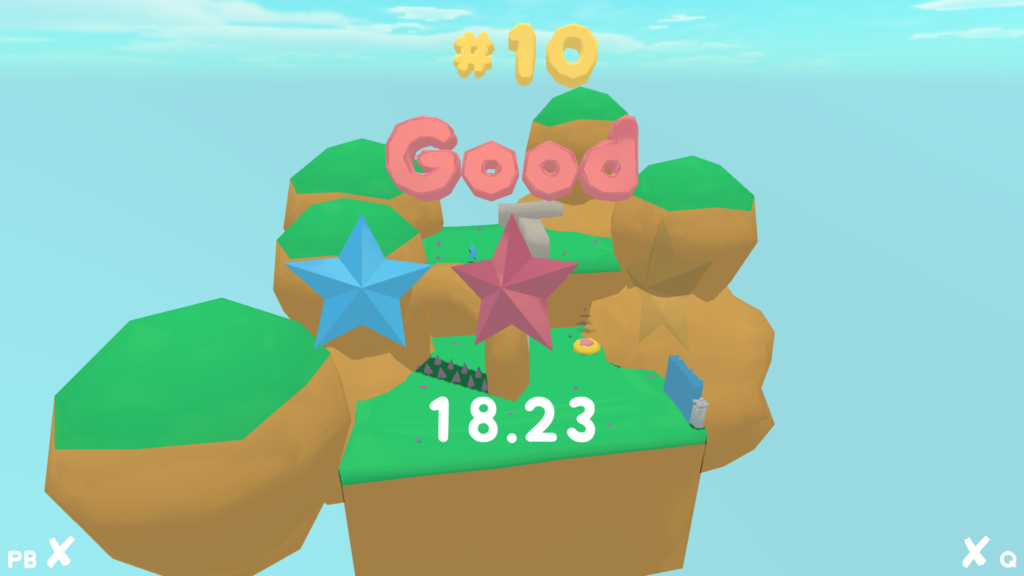 Lovely Planet Remix has so much on offer, you’ll gravitate towards at least one style that you do exceedingly well at. In a lot of ways this feels like an experiment, and it’s one I’m happy to oblige to be the test subject of. I enjoyed every aspect of the game, and the deviation of a singular type of gameplay for many styles totally pays off. Lovely Planet Remix is a total surprise and the most welcome release of the year.