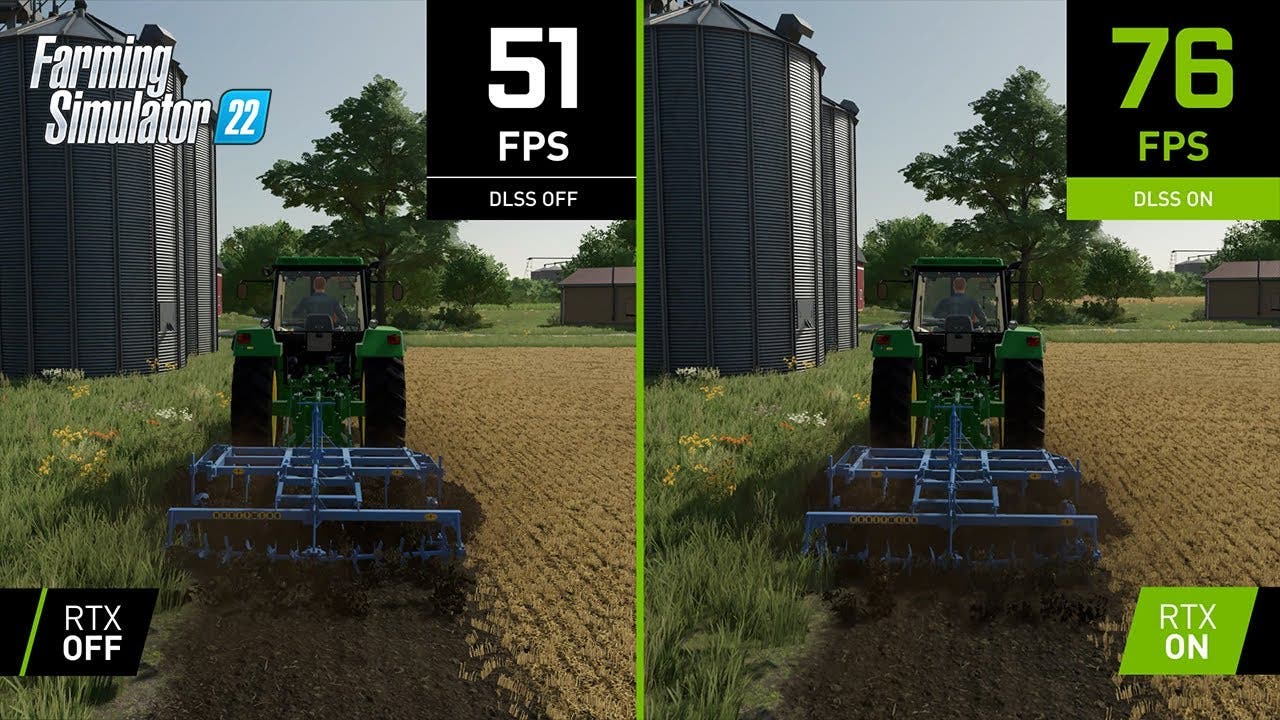 Farming Simulator 22 will receive DLSS and DLAA at launch, and experience the new snow-covered Erlengrat map

Farmers don’t need to worry about their resolution and frame rate as Farming Simulator 22 on PC will feature NVIDIA DLSS and NVIDIA DLAA. A comparison video of NVIDIA DLSS by NVIDIA shows the clearly noticeable performance improvement, while a new game trailer shows the snowcapped landscape of an Alpine region.

Thanks to DLSS (Deep Learning Super Sampling), Farming Simulator 22 will be sharper and smoother on systems running with graphics cards of the GeForce RTX series – boosting resolution, image quality and frame rate.

The already popular DLSS-option allows players to output Farming Simulator 22 in 4K, for example, while it is only rendered at 1080p resolution. DLSS uses AI to boost frame rates and generate beautiful, sharp images for your games. The result: higher frame rates without a noticeable loss in image quality compared to native 4K!

The more recent DLAA technique is an AI-based anti-aliasing mode for users who have spare GPU headroom and want higher levels of image quality. It uses the same technology powering NVIDIA DLSS, giving you even better graphics in your games.

With DLSS enabled, farmers can enjoy the sight of Erlengrat, where the snowflakes fall particularly smoothly due to the performance boost. A new map trailer invites all players to the mountainous landscape inspired by the European Alpine regions. After Elmcreek, set in the US-Midwest, and Haut-Beyleron, inspired by Southern France, farmers can now get a sneak peak of all three available maps in the game.