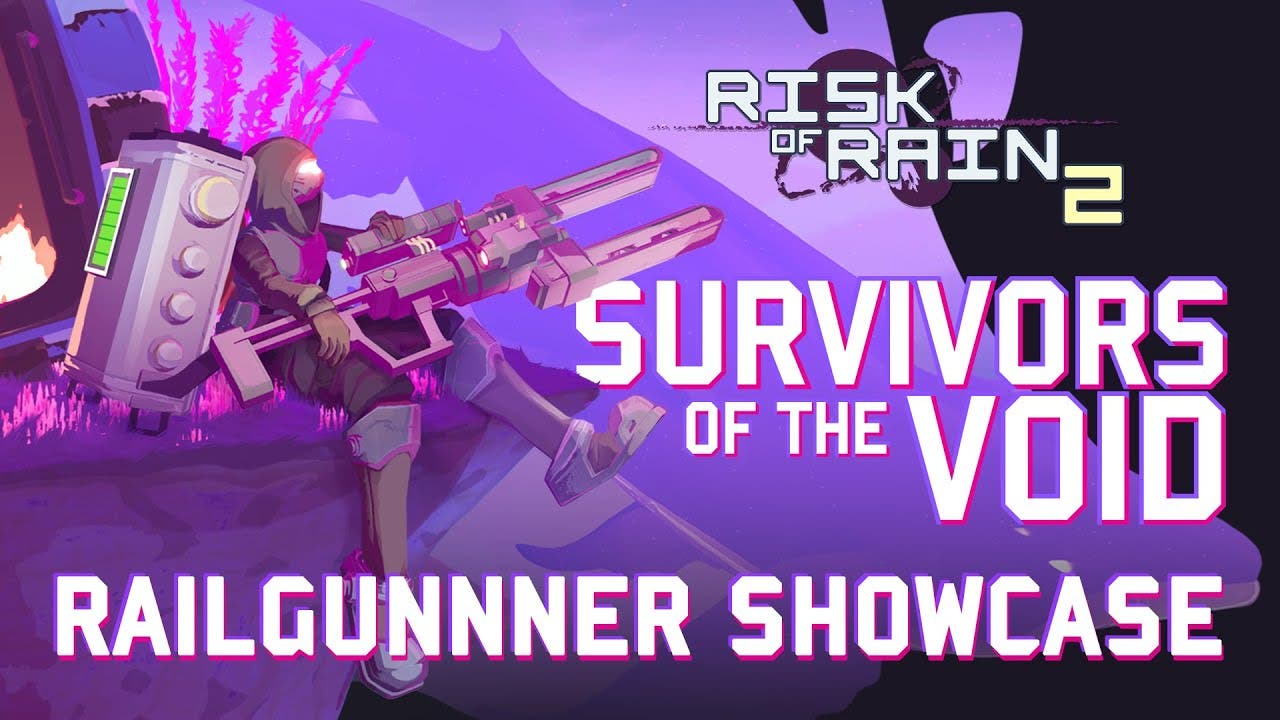 Survivors of the Void expansion for Risk of Rain 2 releases on March 1st, new gameplay trailer of Railgunner class shown

A plethora of video assets accompany Railgunner’s reveal, including:

“Risk of Rain has always been about thinking of the wildest experiences possible and making them real,” says Paul Morse, co-founder of Hopoo Games. “We gave Railgunner an FPS-style scope to challenge what our game can be, and we ended up with a dynamic Survivor we are confident many players will enjoy.”

“As the first ever expansion for Risk of Rain 2, Survivors of the Void is packed with loads of new content designed to give players different ways to play,” says Duncan Drummond, co-founder of Hopoo Games. “Railgunner is just one piece of the puzzle, and there’s more fun stuff coming. Simply put, Survivors of the Void is going bigger than anything we have ever done before!”

Risk of Rain 2 is a fast-paced, co-op roguelike shooter developed by Hopoo Games and published by Gearbox Publishing. Players can team with up to three other friends, play as 11 unique Survivors, and trek through more than a dozen stages to escape the alien planet, Petrichor V. With unlockable alternate abilities, tons of items to discover on runs, and equippable Artifacts to shake up gameplay, no two runs are ever the same.