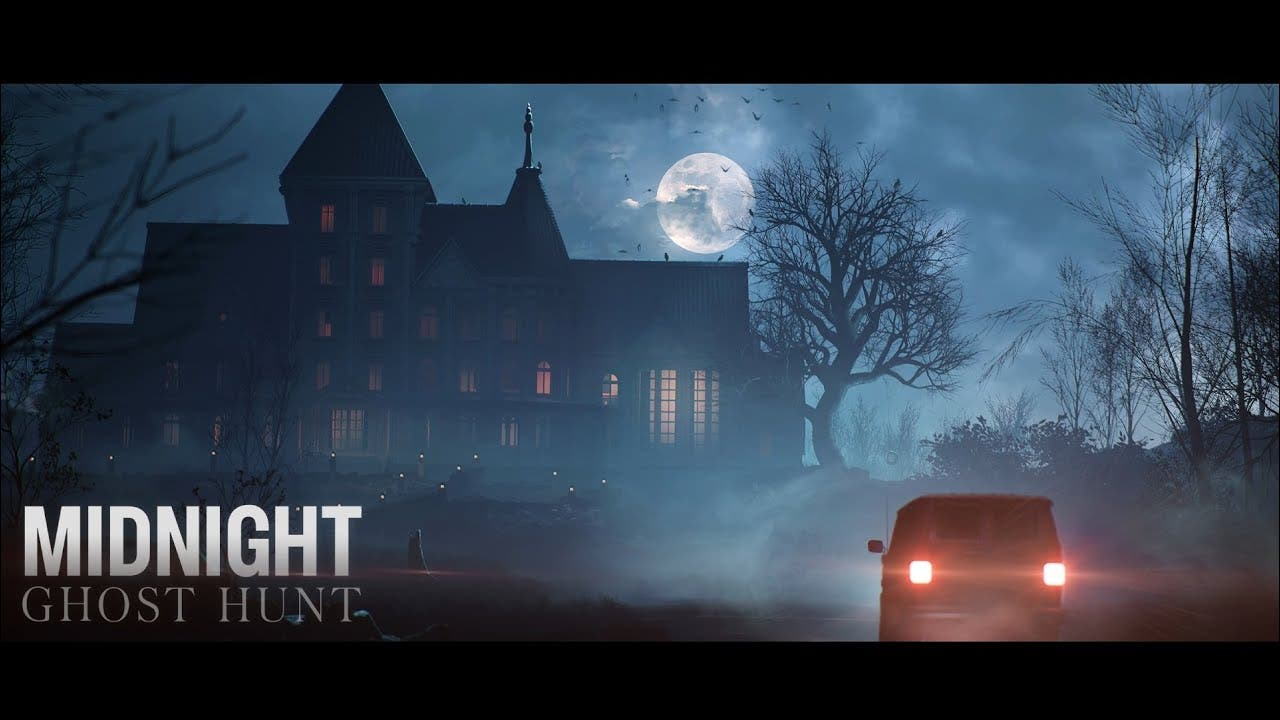 The trailer begins with a seemingly tranquil scene in a lavish mansion, juxtaposed with tense shots of nervous Hunters arriving with their equipment at the scene. It then quickly devolves into a spine-tingling showcase of the game’s haunting premise – one in which prop hunt gets a surprising twist.

As ghosts battle ghost hunters in a hijinks-heavy tussle between the living and the dead, spirits must possess objects in order to evade the hunters’ DIY gadgets and gizmos designed to detect and dispose of them.

But when the clock strikes midnight, the tables turn and the hunters become the hunted! As the supernatural becomes superpowered, the Hunters have to do all they can to survive the night in one piece.

Midnight Ghost Hunt first made waves at E3’s PC Gaming Show back in June 2019, where it debuted its first full trailer and partnership with Coffee Stain after a few work-in-progress clips racked up millions of views on Reddit in November 2018 and March 2019.

In February 2021, Coffee Stain welcomed two studios on board to help Vaulted Sky meet the quickly growing expectations of the project. She Was Such A Good Horse is made up of industry veterans with years of experience, while Ernst & Borg Studio have brought over their real-world architectural know-how to design Midnight Ghost Hunt’s diverse virtual environments.

After successful closed betas over Halloween and in January, Midnight Ghost Hunt is now finally headed into Steam Early Access for all players to enjoy.

“We’re so excited to unleash Midnight Ghost Hunt into the world,” said Sam Malone, creator and lead developer at Vaulted Sky Games. “It’s been such a labour of love and we can’t wait to see what crazy tactics new players come up with together – ones that even we haven’t thought of!”

“When we first saw Midnight Ghost Hunt, we immediately fell in love with it, and we’re so proud to finally present the result of all the hard work Sam and the team have invested over the years,” said Sebastian Badylak, Executive Producer at Coffee Stain Publishing. “It’s a project that’s grown from strength to strength involving multiple studios spread across the globe, and has been an absolute joy to play, both amongst ourselves and on public tests, since the very beginning. To see everyone working together so well despite the challenges of the pandemic is credit to everyone’s passion and confidence that the game will resonate with players.”

The Future Games Show is GamesRadar’s flagship gaming showcase, promising an exclusive peek into the best the industry has in store. This year’s Spring Showcase was no less of a spectacle than usual, with a flurry of never-before-seen reveals.

The full show, including this exciting announcement, is available to view here, with the trailer itself viewable here.

Midnight Ghost Hunt will be available on Steam Early Access from March 31st for $19.99, and you can sign up for the pre-launch beta on the store page here.