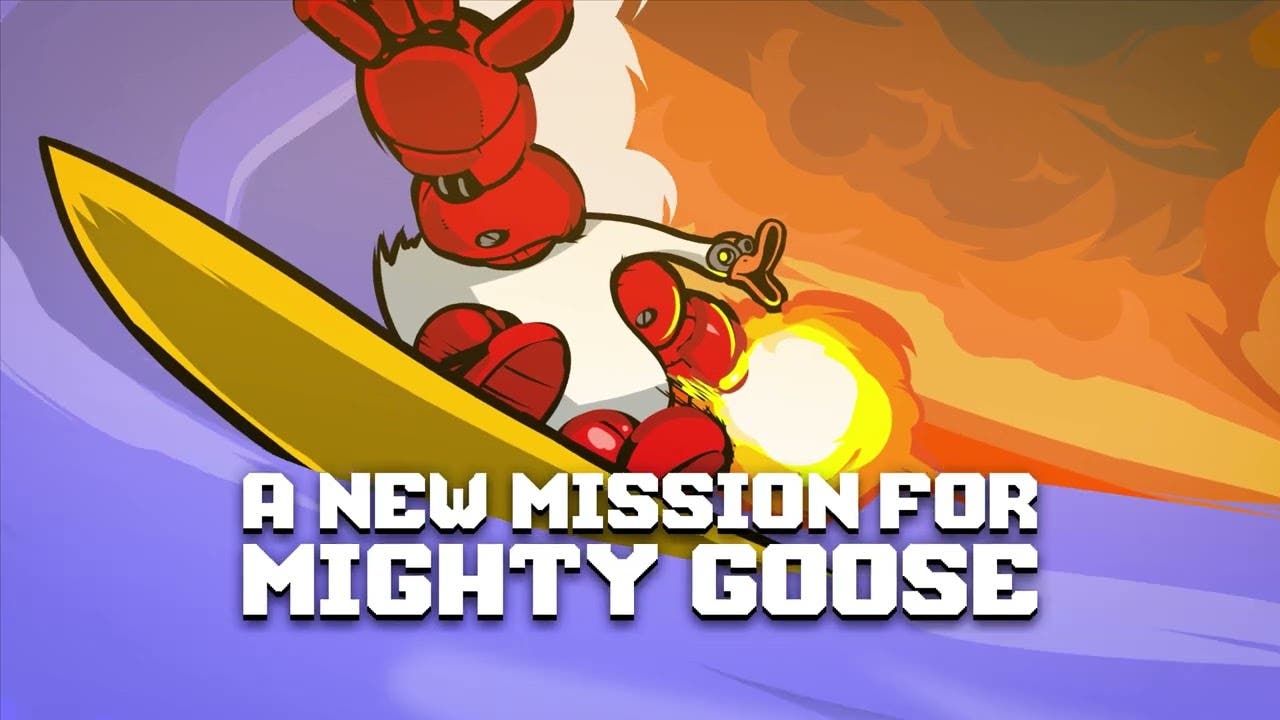 Mighty Goose, the run’n’gunner gets a FREE water-based mission on April 19th that will be its last

TOKYO – March 30, 2022 – Mighty Goose, the over-the-top, run-and-gun, titled goose game, developed by Blastmode and MP2 Games, published by PLAYISM, embarks on an underwater adventure in free DLC releasing Tuesday, April 19 at 12 AM PT/9 AM CET/7 AM UTC. Goose and their companions will hunt down one final bounty on Nintendo Switch, Steam for PC, Mac, and Linux; PlayStation 4 and 5; and Game Pass for PC, Xbox One, and Xbox Series X|S.

Return as the winged, waddling, weapon-toting Mighty Goose on a new mission complete with new pixel art by Richard Lems (KUNAI) and fresh tracks from composer Dominic Ninmark (Blazing Chrome). After defeating the Void King in the main campaign, Mighty receives a call about a new threat: the villainous Baron seeks to destroy the aquatic paradise of Planet Ceto.

Fend off the Baron’s maritime minions, unleashing waves of destruction while riding on a surfboard in this new world. Commandeer a new submersible aquatic vehicle and show sea creatures the superiority of lungs to gills. Enjoy several challenging new levels and a devilish boss fight with the Baron.

Mighty Goose retains all their unlocked upgrades like the double jump, increased ammo, and charged attacks, along with any upgraded secondary weapons. Unleash mayhem once again alongside companions like Commander Vark and his limitless machine gun ammo, Raven and his powerful slash attack, and Regular Duck, who doesn’t do much but tries his best. Pick up a second controller and have a friend control the companion.

“This DLC is a thanks to everyone who made the launch of our tribute to the greatest side-scrolling run-and-gun games of the 1990s so egg-cellent,” said Richard Lems, founder of Blastmode. “Unlock all those upgrades, and find all available companions in the campaign – you’re gonna need all the help you can get to defeat the Baron.”