White Shadows launches on the Epic Games Store today, discounted on all platforms

Gothenburg, Sweden – April 8th, 2022 – Thunderful and Monokel’s award-winning cinematic platformer, White Shadows, today launches on Epic and, to celebrate the launch, players can take advantage of a 25% discount on the Epic Games Store, Steam, GOG and the Xbox Store.

A new accolades trailer for the game brings into focus the strengths that won this dark and disturbing dystopian vision positive reviews from the gaming media and netted the game the German Computer Game Awards’ €60,000 Newcomer Award for “Best Debut”.

White Shadows is a cinematic puzzle platformer available for PC, PlayStation 5 and Xbox Series X|S where you play as a little Ravengirl trying to escape a brutal dystopia founded on propaganda that puts her at the bottom of its hierarchical social ladder. Striking architectural forms and a stunning monochrome art style combine to create a world of tragic beauty where the lies of the elite are plastered across walls, twisted forms of entertainment are used to keep everyone in their place and hope seems in short supply.

Composed of a vast network of towers rising from the void of post-catastrophe darkness into the sky above, the city our young heroine seeks to escape is a dangerous place to be. She will have to find ways to avoid the teeth of machinery primed to grind her into dust, leap across rickety infrastructure that bridges the cavernous darkness all around and avoid the watchful eyes of guards ready to gun her down. She will travel to the city’s brightest highs and delve to its darkest depths on her journey, discovering her destiny among the last free people alive.

“It’s been great to hear the ways in which White Shadows has been interpreted and enjoyed since its release,” said Daniel Wagner, creative director and co-founder at Monokel. “By bringing the game to Epic and offering some discounts, I hope more people get the chance to check out our little piece of art.” 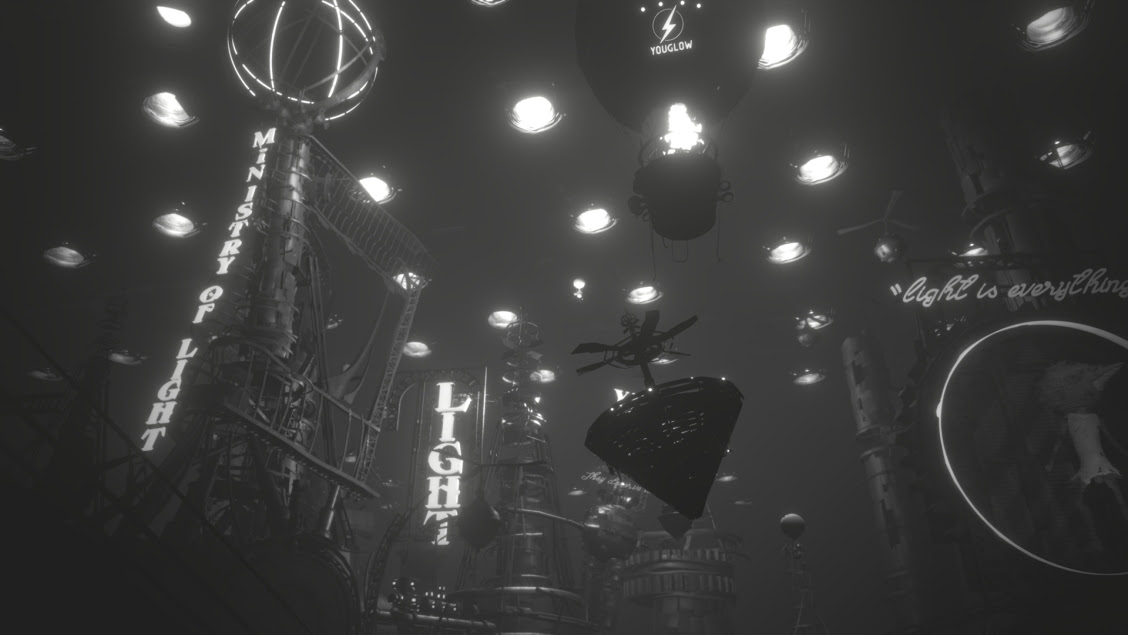