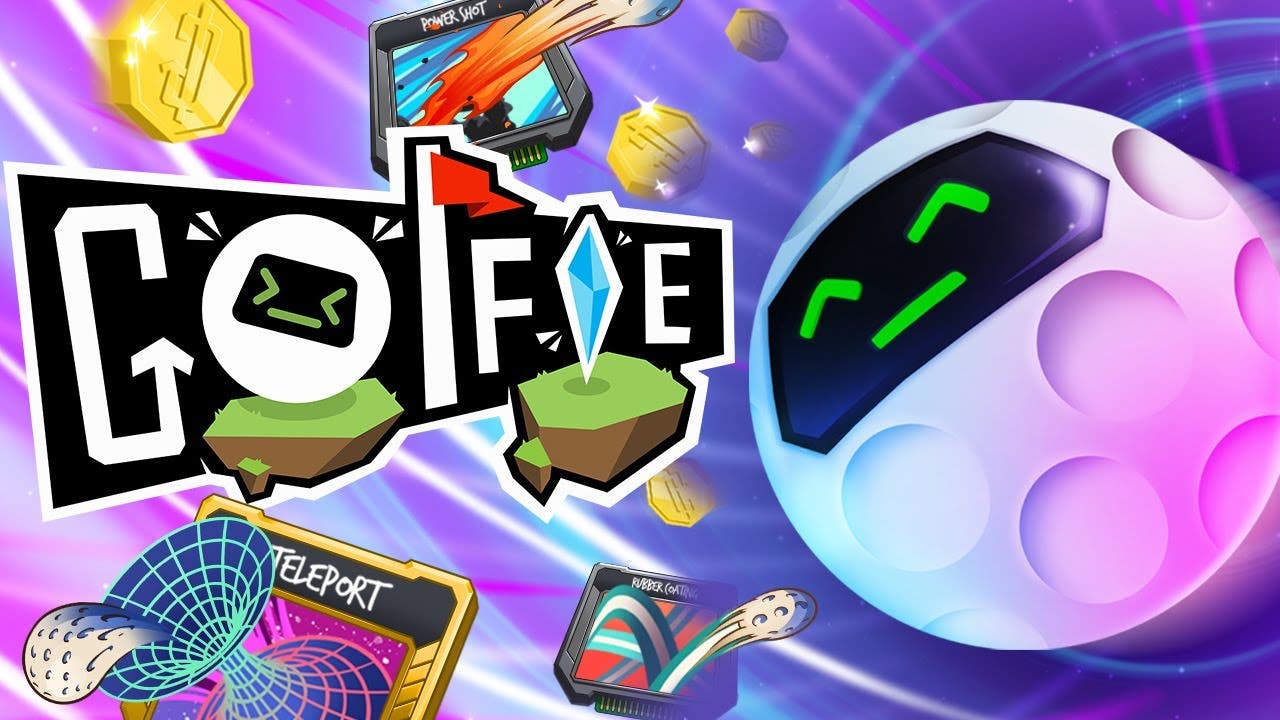 Bristol UK – 12 April 2022. Danish developer Triheart Studio has announced that Golfie, a fresh take on mini golf that blends together deckbuilding and roguelikes to create a new way to hit the fairway, is heading into a public playtest from today, 12 April until 18 April.

Golfie is a unique take on minigolf in which players use cards with fun abilities to take their shots, resulting in a game which adds the strategic planning of deckbuilding to the tactical play of mini golf.

Starting with a collection of 10 shot cards, players attempt runs of 18 procedurally generated holes across four distinct biomes, using coins, gems, vending machines and bonuses to modify their deck. These cards can be drawn and their effects applied to standard shots to create an almost infinite number of combinations ways to hit the ball.

A global leader board will compare scores against other players, with those that successfully complete 18 holes then able to unlock a special ‘endless mode’ for truly infinite play. Daily runs will pit all players against the same procedurally generated course.

Since the last public playtest, Golfie has seen some changes and developments in its gameplay, including a new, unseen Cherry Garden level, newly refined level progression, and multiple new cards – which can be played for the first time in this new public playtest.

Card effects in Golfie can vary from simply increasing the distance or elevation of a standard shot to applying a whole host of unique and imaginative abilities which can all be combined to dazzling effect. Expect to add a little twist to shots with the help of:

Golfie is the debut release from Danish developer Triheart Studio – a husband and wife team formed from a shared love of experimental games. Golfie will launch into Early Access during Q2 2022, with fully playable single and multiplayer campaigns, with regular updates planned until full release.

“Whilst it may seem an unusual clash of genres, deckbuilding and mini golf actually perfectly complement each other,” says Sandra Lynggaard Fagerli, co-founder, Triheart Studios. “When we first toyed with a prototype, it was immediately apparent that we had something very special and very playable on our hands – and building upon that core idea every day has been a genuine joy.”

Golfie is due for release into Early Access during Q2 2022 and will be published by Yogscast Games.

The Golfie playtest is available now at: https://store.steampowered.com/app/1579020/

Players are encouraged to Wishlist the game on Steam and join the growing Golfie community on Discord where they will be able to help shape the development of the game.