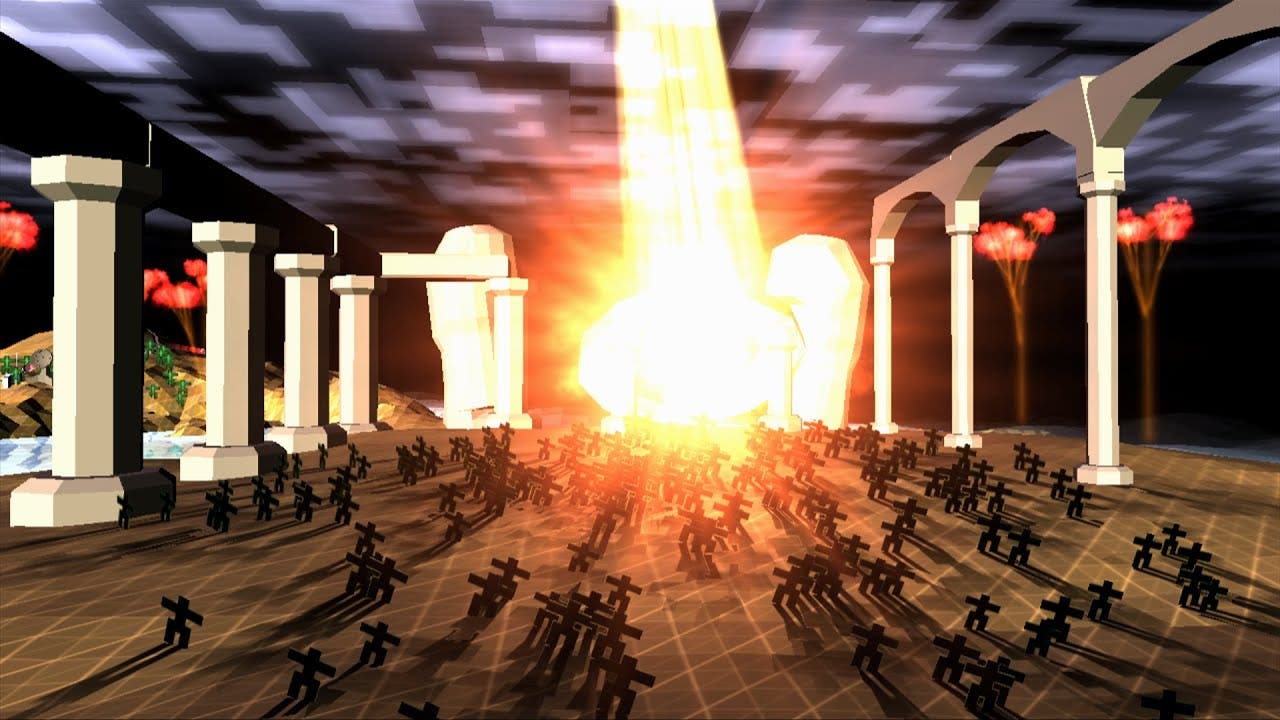 In 2006, we launched our 2nd video game – Darwinia.  Combining fast-paced action with strategic battle planning, Darwinia features a novel and intuitive control mechanism, a graphical style ripped from 80’s retro classics like Tron and Defender, and a story concerning a tribe of nomadic sprites trapped in a modern 3D world.

Fully re-mastered in 2022 to celebrate the Darwinian’s 10000 anniversary this updated version brings an undisputed indie classic bang up to date.  Running seamlessly on all modern systems, the game hasn’t aged a day and is a fresh and relevant now as it was when it first dropped.

Winning 3 out of 5 prizes at the IGF including the Seamous McNally Grand prize for Best Independent Video Game and multiple editors’ choice awards.

To celebrate, Mark and Chris made a video sharing their memories of their favourite Introversion game, which you can watch above, but if you have no idea what we’re talking about, check out the new trailer…

This week (18th April) Darwinia will be discounted on Steam and GoG and Darwinia+ will have it’s price slashed by Microsoft as part of the Xbox deals with Gold programme. Whatever your platform, now is the time to play one of the most critically acclaimed indie games of all time!