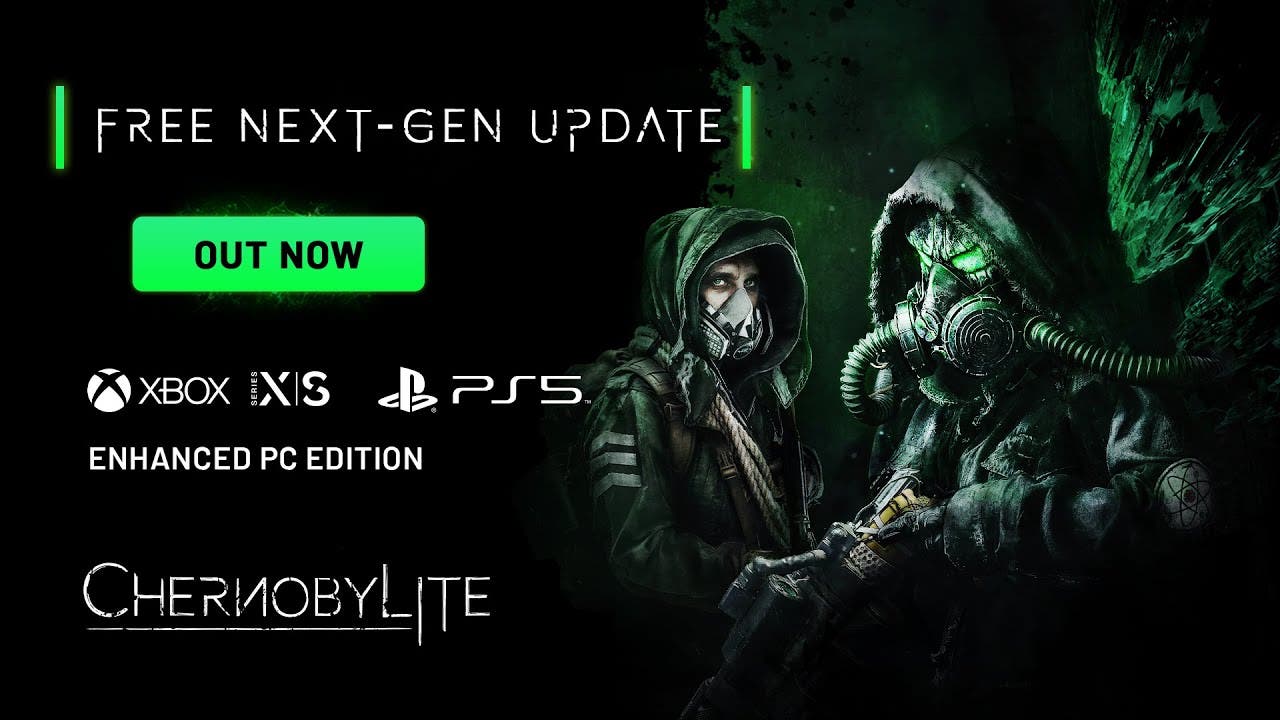 Krakow, Poland – April 21, 2022 – Chernobylite, the survival horror RPG set in the Chernobyl Exclusion Zone (CEZ) from developer The Farm 51 and publisher All in! Games gears up for launch today on PlayStation 5 (Digital + Physical) and Xbox Series X|S (Digital). Scavengers crafting supplies on PlayStation 4, Xbox One, and PC can upgrade to the next-gen version of Chernobylite through a free update. Additionally, Chernobylite is available with a 25% discount on PC via Steam and GOG.com.

Explore this one-to-one recreation of the CEZ based on 3D terrain scans with beautiful next-gen graphical upgrade options like dynamic 4K resolution (30 FPS cap) and a smooth 60 FPS (1080p resolution). Feel the radiated gravel shift under every step thanks to DualSense Controller support alongside additional Activity Card features to assist overcoming familiar and new otherworldly hazards.

The Season One Update also launches today as the third free content update for Chernobylite on PC via Steam and Epic Game Store (GOG soon to follow), coming to consoles this summer. Season One introduces a new free mission titled ”Memories of You” full of original collectables to discover, the free Silent Assassin crossbow, as well as paid the Blue Flames cosmetic item pack including clown masks, flame base equipment effects, among others. Three more content additions are planned for the rest of 2022, with the next in line for release titled Season Two, offering a story expansion, new map to explore, and side quests, for free in Q2 2022 for PC first.

All In! Games and The Farm 51 are also donating 100% of the proceeds for the Chernobylite Digital Charity Pack DLC to the Pure Heart Foundation in support of those currently affected by the ongoing Ukraine crisis. This charity pack is available until March 14, 2023 on Steam, Epic Games Store, and GOG.

Search for absolution from Igor’s history as a nuclear reactor employee and piece together the mystery behind his missing fiance. Gather resources and craft powerful weapons, stat-changing gear, vital med kits, and even a home base from abandoned scraps to take refuge from the harsh environment alongside allies. Form partnerships with other explorers, ration food supplies, and join forces to take on the unknown and plan the deadliest heist the world has ever seen.

“Chernobylite has never been more beautiful and terrifying at the same time,” said Marcin Kawa, CEO at All in! Games. “As a fan of the game I’m blown away by the near photo-realistic recreation of the Exclusion Zone thanks to next-gen graphical enhancements. Chernobylite has come a long way since its launch on PC last summer and with the last major milestone upon us, I’m excited to see the game grow and evolve with Season Updates throughout this year.”