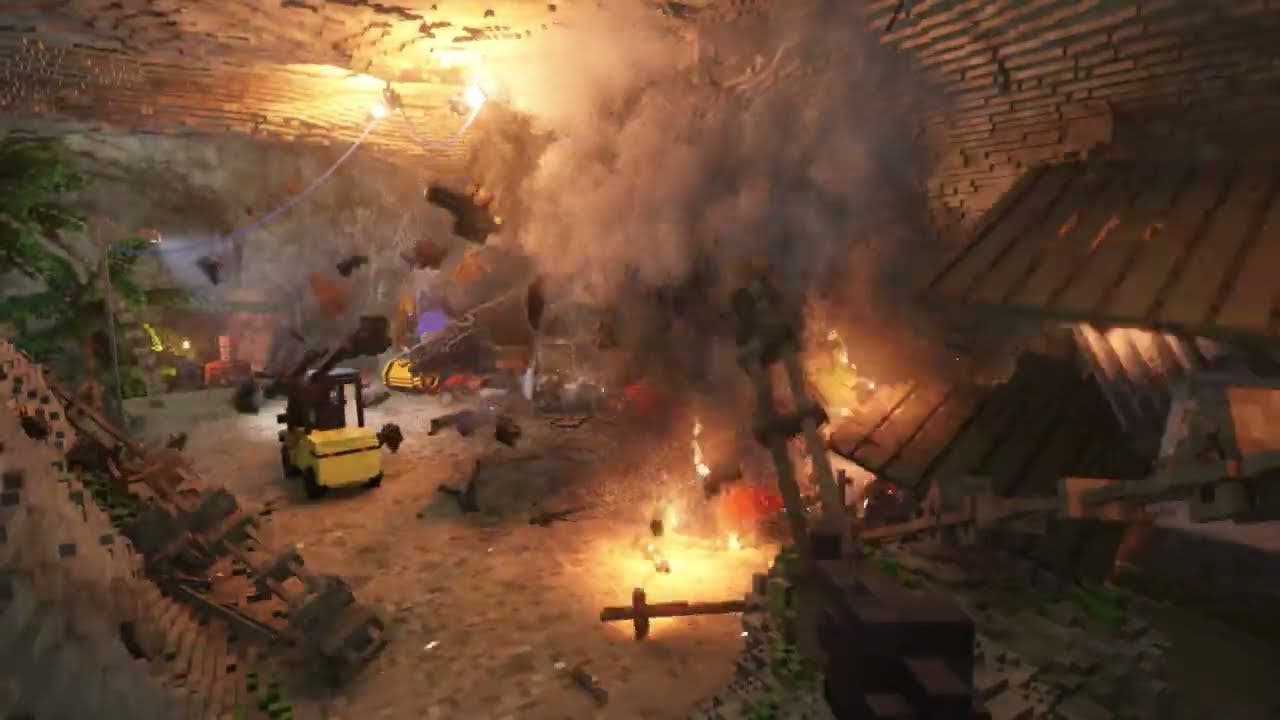 Teardown, the strategy and planning voxel destruction game has reached 1.0 on Steam today

Sweden / April 21, 2022 – Following its Early Access release in 2020, the 1.0 build of Teardown is here! From Swedish developer Tuxedo Labs, Teardown is a voxel-based destruction game that rewards creativity and strategic thinking. Now available for $19.99, Teardown has already smashed through Steam with over 36,000 ‘overwhelmingly positive’ reviews. It also just passed a huge milestone–one million copies sold!

Teardown’s fully destructible and interactive environments allow players to destroy anything and everything that stands in their way, piece by piece. In the single player campaign mode, take on the role of the struggling owner of a demolition company, just looking to provide for his family. But good intentions soon lead to increasingly suspicious jobs from corrupt clients where the player needs to use strategy and creativity to succeed. Use various tools, vehicles, explosives, and more to finish the job. Each level has an unlimited number of solutions so sky’s the limit!

“Since launching in Early Access in 2020, Teardown has grown beyond our wildest expectations. To find such a loyal and creative community is a really special thing, especially for a game as unique as ours. We’re so excited to usher in the next era of Teardown with the 1.0 release. I’m proud of what our team has accomplished over the many years of development and we’re looking forward to bringing players the best version of Teardown.” – Dennis Gustafsson, Tuxedo Labs Founder

Teardown lets players create their own strategies to succeed. Move, manipulate, or outright smash obstacles to create paths, find shortcuts, and finish each job. The physics-based gameplay means strategy and creativity are required at every turn. Experience realistic effects of fire, water, smoke, and more. From traversing tropical islands to working around a raging tornado, Teardown has a wide variety of levels for players to explore and stretch the limits of their creativity.

Playing the campaign isn’t the only way to experience the destructive joys of Teardown. If you’re looking for a quick hit of stress relief, the Sandbox mode allows players unlimited tools and resources to smash structures to the ground. Wish you could create your own structures to (lovingly) destroy? Teardown’s extensive modding features allows players to make the game their own. The possibilities are endless!

Ready to get in on the destruction? Teardown’s 1.0 build is now available on Steam! For more content on the game, follow the developer’s Steam blogs or join the Discord here.