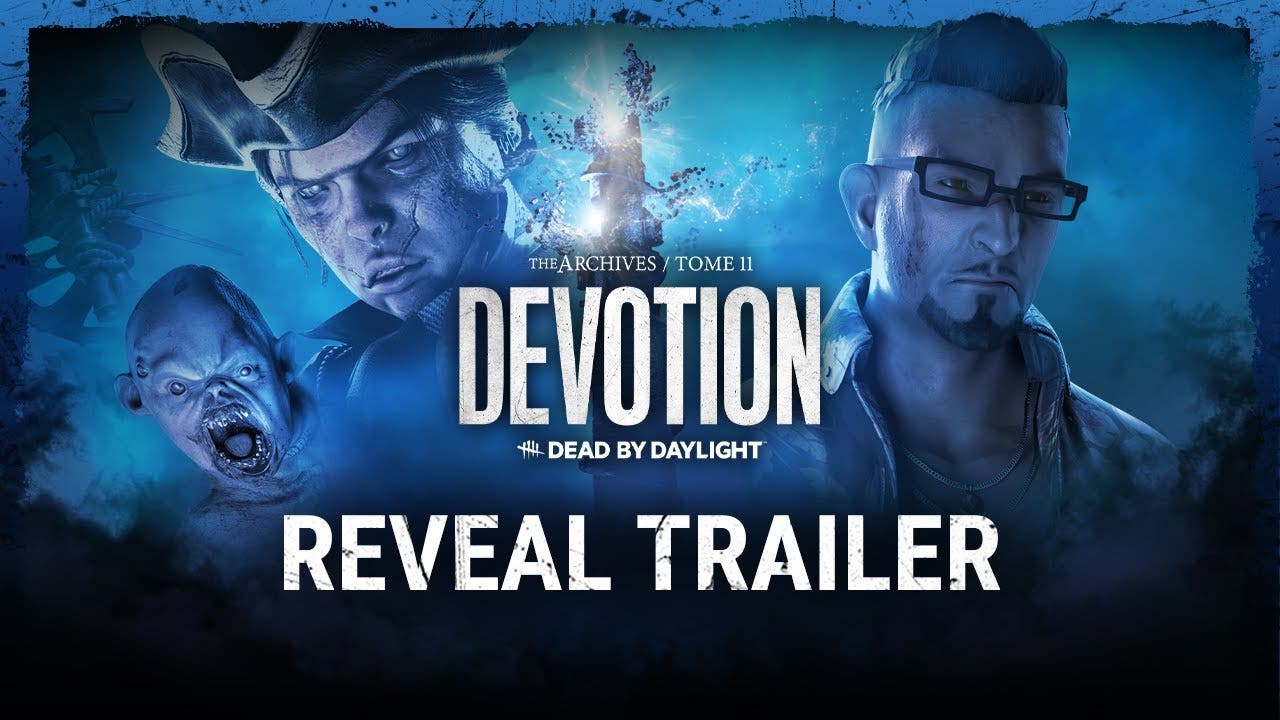 Montréal, Canada—April 27, 2022— Now boasting more than 50 million players globally, Dead by Daylight’s undeniable success is due in large part to its active and dedicated community, including its lively LGBTQIA2+ players. Many fans longed for more representation within the game and expressed the need to identify with their favorite characters and they will be thrilled to dig through the 11th Tome of the game’s Archives: DEVOTION. Available on April 28th, the new Tome will uncover memories of The Twins as well as Survivor David King, revealing his struggle to come to terms with his homosexuality. On top of fetching the much-expected novelties in terms of collections and outfits, DEVOTION also marks a new departure for Dead by Daylight, bringing a completely new twist to the narrative direction of the Archives.

Since his introduction in Dead by Daylight, Survivor David King quickly became a fan-favorite. Currently occupying a comfortable top ten position as one of the realm’s most-played Survivor, David is a hot-tempered ruffian with a penchant for a good scrap, whose time as a debt collector brought pain both internal and external. While a fragment of his pre-Fog life was previously revealed, there remained much to uncover. Throughout DEVOTION, fans will discover, that part of his personal struggles revolve around accepting his own identity and sexuality. David’s memories will take players in a pub, where a conversation about romantic relationships leads him to speak more about his personal life, including a past boyfriend.

Bringing inclusivity and representation to life in a meaningful way within Dead by Daylight’s storytelling has been a focus for the development team over the last few years. Creating content devoid of negative tropes, versus simply checking a box was the creators’ priority. To achieve this, the team collaborated with GaymerX, a consulting organization dedicated to providing best practices for integration of LGBTQIA2+ themes into established games. The non-profit precisely offered support around in-game content and how to approach diversity stories without falling into harmful repesentation.

“Representation of diversity in entertainment matters, so it was important for us to take time and to surround ourselves with experts in order to do things properly”, explains Dave Richard, Creative Director, Dead by Daylight. “We’re very humbled that Dead by Daylight has developed into a space where players from various communities around the world feel free to be themselves. We’re committed to providing fun and diverse content to our fans, and we thank them for continuously sharing their insight on the themes that resonate with them.” ​

“After working with the Dead by Daylight team over the past year on learning best practices and helping them identify spaces in their existing narratives to integrate LGBTQIA2+ stories, we’re excited to see the first piece of content become available for players,” says Brian Kunde, GaymerX’s consulting lead and Operations Director.

“Working with a game team so dedicated to bringing a queer narrative to life in their game has been a gratifying and inspiring experience,” added Katie Kaitchuck, Executive Director, GaymerX.

“Dead by Daylight is a reflection of its community. Our players have expressed the need for better representation, and today our message is that we hear you, and we are excited to bring these stories to life”, shares Tara Brannigan, Director, Player Experience, Dead by Daylight. “Video games are for everybody, and everyone should get to see themselves as the hero of their favorite game, regardless of their culture, community, gender or orientation.” ​

A New Narrative Direction for The Archives

As the game content is in constant evolution, DEVOTION also marks a new approach for Dead by Daylight’s Archives, bringing a completely new twist to the narrative direction. While The Observer remains at the center of the storytelling, players will discover that he has abandoned his tower and is nowhere to be found. As they try to figure out what happened to him, they’ll uncover left-behind recordings through which they’ll access his memories and stories.