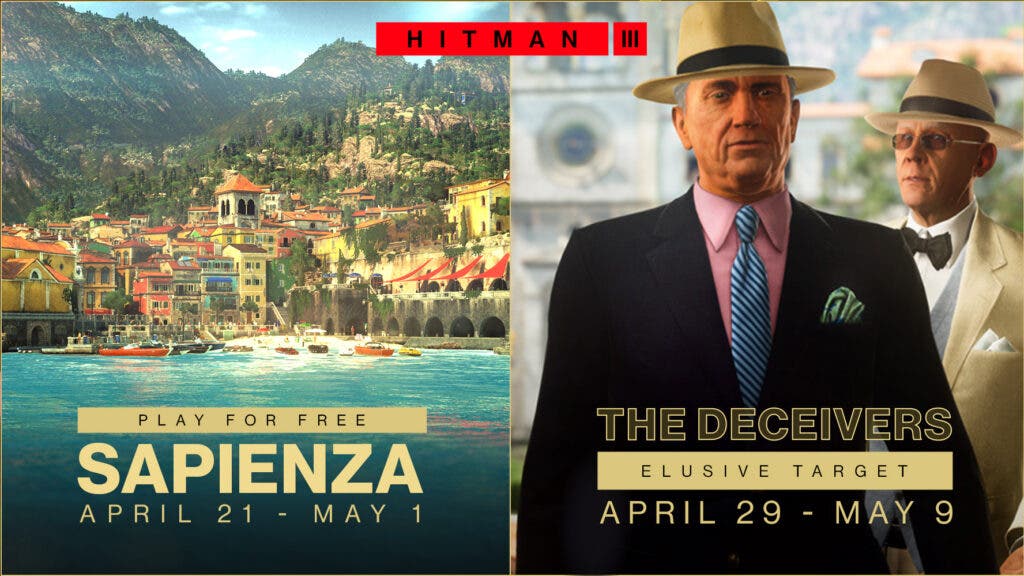 HITMAN 3’s next Elusive Target, The Deceivers, has arrived in Sapienza! The Deceivers are two elusive targets merged into one single contract.  They were formerly known as The Guru and the Congressman, but now they’re The Deceivers. Starting April 29 through May 9, players will have 10 days to eliminate them.  As with all Year 2 Editions of Elusive Targets, all HITMAN 3 Sapienza owners will be able to take on the contract, whether they have previously played the contract or not. Either way, a successful completion will count towards unlocking ET suits via challenges.

Players can play the upcoming Elusive Target while playing Sapienza for free as well as the HITMAN 3 Free Starter Pack – until May 1.