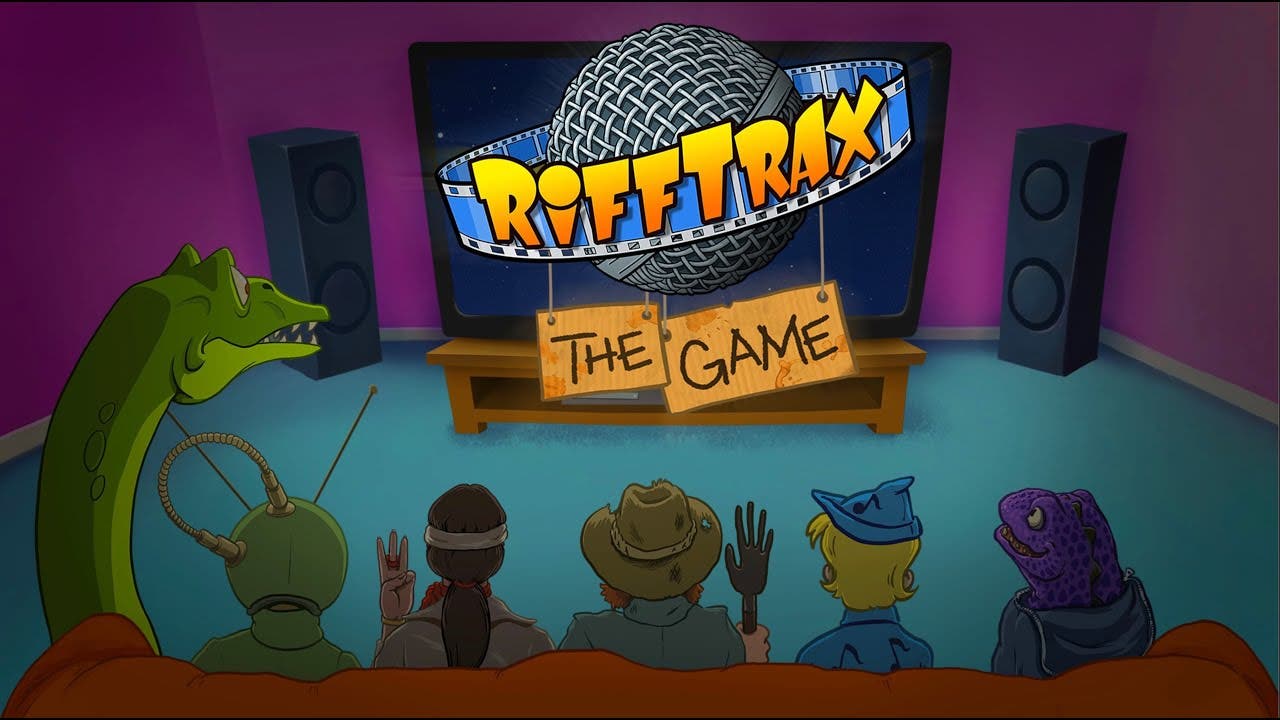 RiffTrax: The Game, the party game to write your own movie lines is out now for PC and consoles

LOS ANGELES – May 5, 2022- Developer Wide Right Interactive, creators of the popular party game What the Dub?! and RiffTrax, the critically acclaimed team behind the Emmy nominated and Peabody Award winning Mystery Science Theater 3000, proudly announce RiffTrax: The Game, their ultimate movie heckling party title, is now available on multiple platforms including the Nintendo Switch, Xbox One, PlayStation 4 (forward compatible with PlayStation 5 and Xbox Series X|S), and Steam (PC/Mac) for $9.99! Additionally, those that purchase RiffTrax: The Game this week will be able to purchase it for 10% off as a special launch week discount!

RiffTrax: The Game brings the best of MST3K-style comedy to digital party games. Comedians Michael J. Nelson, Kevin Murphy and Bill Corbett have been bringing their comedic running MST3K-type commentary to movies of all kinds for over 15 years-and now players have the opportunity to riff along with them! Gather with friends and family to see who can write the best jokes over some of the worst bits of what can loosely be called cinema. Players along with audience members will have the chance to vote each round for their favorite zingers and decide who has what it takes to be the next movie riffing genius!

With over 250 movie clips (and 100 more coming as a free update shortly after launch), new game modes, Twitch integration, and expanded ways to connect players, fans of witty one-liners and low-budgets movies can begin the fun of riffing off with friends and family today!