ROTTERDAM, THE NETHERLANDS – May 5, 2022 – Today Total Mayhem Games reveals the official trailer for the release of We Were Here Forever, which shows off the first in-game footage since the announcement. On May 10th, which is only 5 days away, you can unravel the story of We Were Here Forever for yourself on PC (Steam and Epic)!

Just a few more days left until you can enter Castle Rock once more! We Were Here Forever is an asymmetrical co-op puzzle game coming out on May 10th on Steam and in the Epic Games Store, following on Xbox and PlayStation soon after. Visitors at WASD in London and PAX East in Boston already got a first look at the game, and following the positive feedback and enthusiastic responses from players there, it is clear that players can’t wait to get their hands on the game.

To celebrate that We Were Here Forever is coming out next week, Total Mayhem Games has revealed their launch trailer containing the first ever shown footage from the game itself! In this trailer, the Jester’s familiar voice will lead you through many shots of the game which give glimpses of the puzzles players will have to face in order to escape Castle Rock.

We Were Here Forever will be Total Mayhem Games’ most impressive game to date. The team behind the game, which is currently larger than it’s ever been before, has worked hard on creating a We Were Here game that surpasses its predecessors in terms of graphics as well as scale. This makes We Were Here Forever both the largest and the most graphically advanced game in the series to date, with a more lively world packed with small details and over 22 completely new puzzles. Even experienced puzzle solvers can expect over 12 hours of gameplay!Make your way through previously unseen parts of Castle Rock, and once outside the Keep you will begin to uncover the story of Rockbury: the story of the town’s inhabitants and the escape plans of a resistance formed against the King. Hope will lead you on to an eerie Graveyard and have you descend down into the dark waters of the Foundry. As you do so, you will learn more about past events that have taken place in this mysterious place. While trying to make your escape from Castle Rock in We Were Here Forever, you might start believing what you feared all along. Does one ever truly escape Castle Rock? 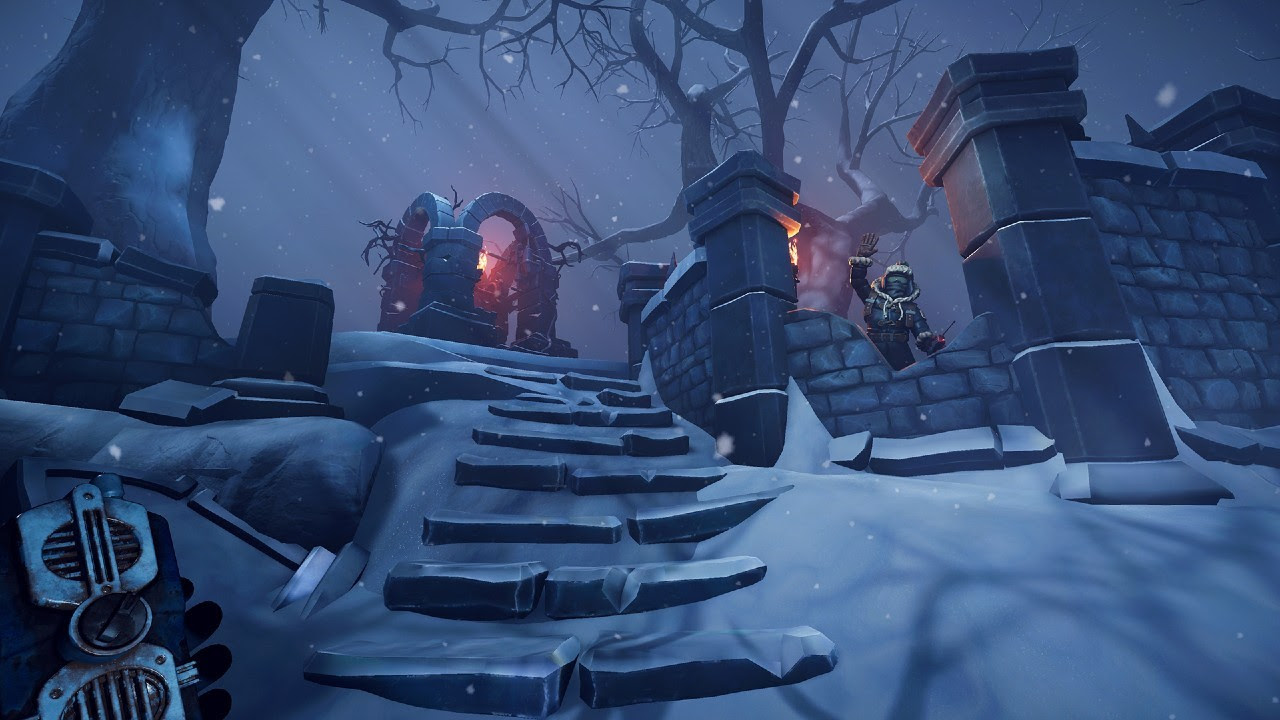 We Were Here Stories: Chronicles of Castle Rock

Total Mayhem Games gives players a look at the lore of the We Were Here series with a live-action video series which tells the backstory of the series and also reveals teasers for the latest installment: We Were Here Forever.

Expect the last two episodes of the We Were Here Stories: Chronicles of Castle Rock to be released a day before the game launches on May 10. The backstory of the cursed castle in the We Were Here game series is shared through the eyes of Kees Klokkenmaker in six chapters, narrated by one of his descendants.

To check out the episodes for yourself and gather some clues about places you might be visiting in We Were Here Forever, visit the YouTube channel of Total Mayhem Games: https://www.youtube.com/channel/UCRyNyXYul21KvZ4_eJ3DbNw