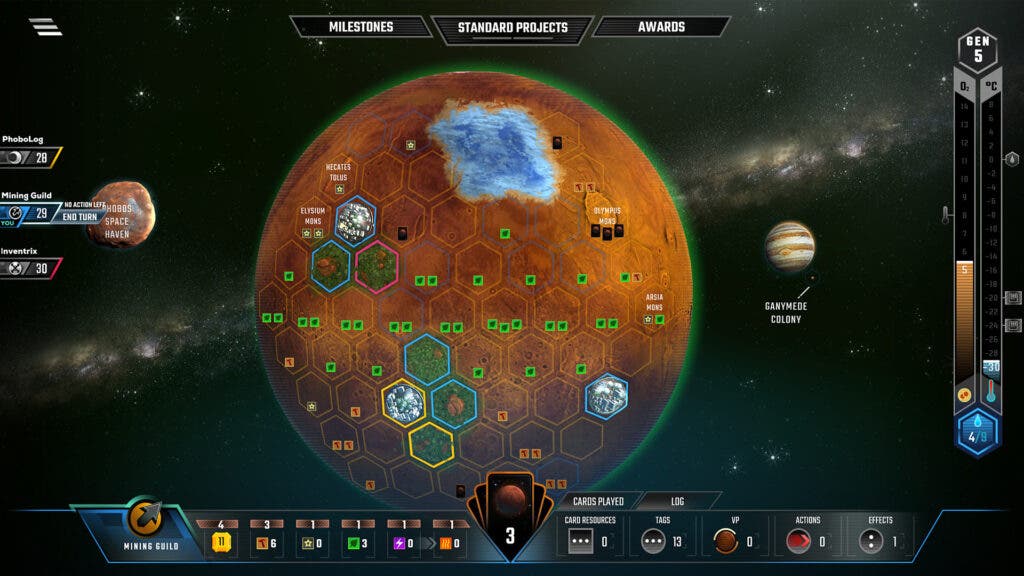 PARIS, FRANCE – May 11th, 2022 – Asmodee Digital has announced today that Hellas & Elysium, the new DLC for Terraforming Mars, is now available for all players on PC, iOS and Android. The taming of the Red Planet continues with two new maps, Hellas and Elysium, and new changes to the Awards and Milestones added to the game for more strategic opportunities.

Hellas & Elysium will introduce the following content to the base game: Terraforming Mars is an adaptation of the eponymous board game, developed with the help of the original designer, Jacob Fryxelius, and offering all the content and features from the original board game  such as the draft variant. The game previously already received a first DLC, Prelude.

In this strategic turn-based game, players play as a corporation and compete to transform Mars into a habitable planet by building facilities, researching innovative technologies, and managing their resource productions. Players can take up the challenge of Terraforming Mars either in solo  or in multiplayer with a maximum of 5 players.