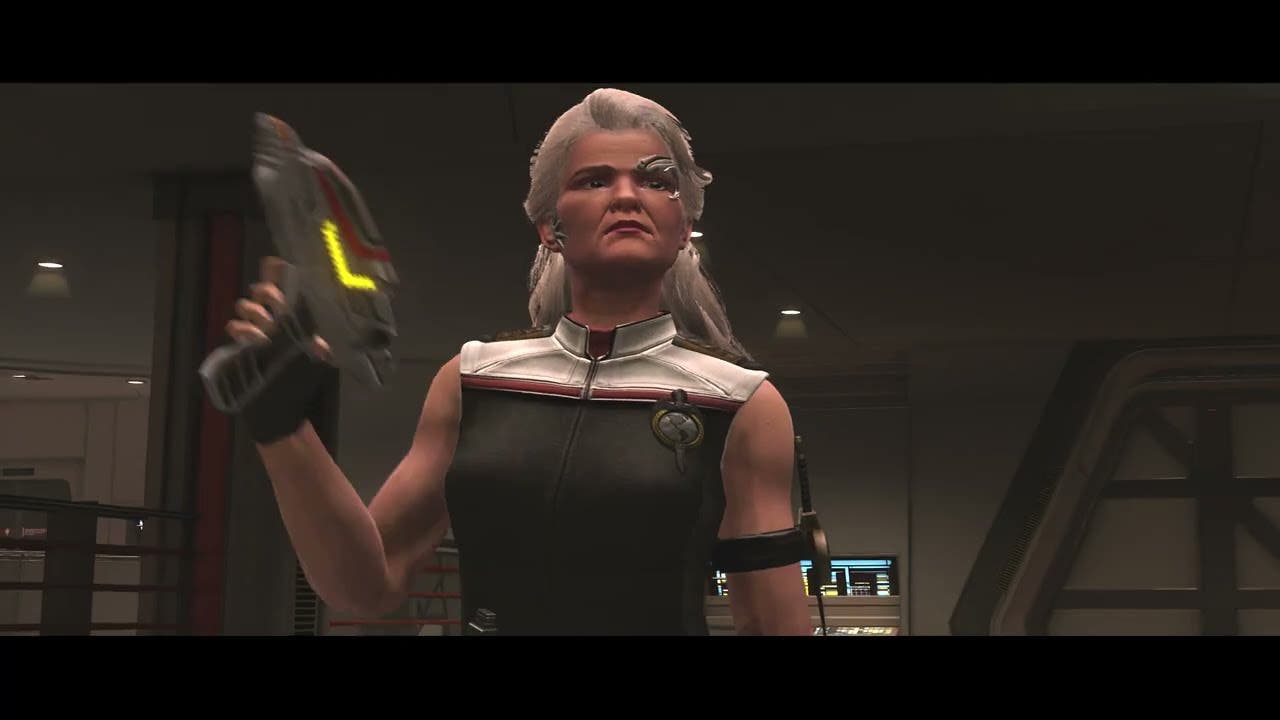 REDWOOD CITY, Calif. – May 10, 2022 – Today, Gearbox Publishing and Cryptic Studios announced that Star Trek Online’s next chapter, Stormfall, is now available for free on PC and will launch on consoles in June. The newest story update for the free-to-play Star Trek MMORPG continues the game’s journey through the Mirror Universe with an incredible cast of beloved Star Trek actors, hailing from both new and classic Star Trek series, including Voyager, Deep Space Nine and Star Discovery. In Stormfall, Captains learn that Captain Killy (Mary Wiseman from Star Trek: Discovery) and her forces plan to reawaken a dangerous adversary from their past. To prevent this from happening, they must enlist the help of Marshal Janeway (Kate Mulgrew from Star Trek: Voyager), Admiral Leeta (Chase Masterson from Star Trek: Deep Space Nine) and an Andorian rebel named “Rae-Yeet” (Noah Averbach-Katz from Star Trek: Discovery) to take on the Terran Empire. While exploring today’s new free update, players will discover two brand new featured episodes, a complete remaster of the Starfleet tutorial, a rebuild of a fan-favorite Task Force Operation and a special event that unlocks a new reward, the Kuumarke Visionary Ground Set.

In Star Trek Online’s last update, Shadow’s Advance, players discovered they were on a mission to retrieve the one and only Ilia Decker from Star Trek: The Motion Picture. Stormfall begins as Captains arrive at a secured facility to rescue Ilia and she warns them that the Terran Empire is on the verge of summoning a powerful nemesis from their collective past. To secure her freedom and stop Terran forces led by Captain Killy (voiced by Mary Wiseman from Star Trek: Discovery), Captains must team up with two of their former adversaries, Marshal Painway Janeway (voiced by Kate Mulgrew from Star Trek: Voyager) and Admiral Leeta, (voiced by Chase Masterson from Star Trek: Deep Space Nine). On their journey, they will also enlist the help of an Andorian rebel named “Rae-Yeet,” who is voiced by Noah Averbach-Katz. Star Trek fans may remember him as “Ryn” from the third season of Discovery on Paramount Plus or his livestreams, where he often plays Star Trek Online, and raises awareness for individuals with diabetes.