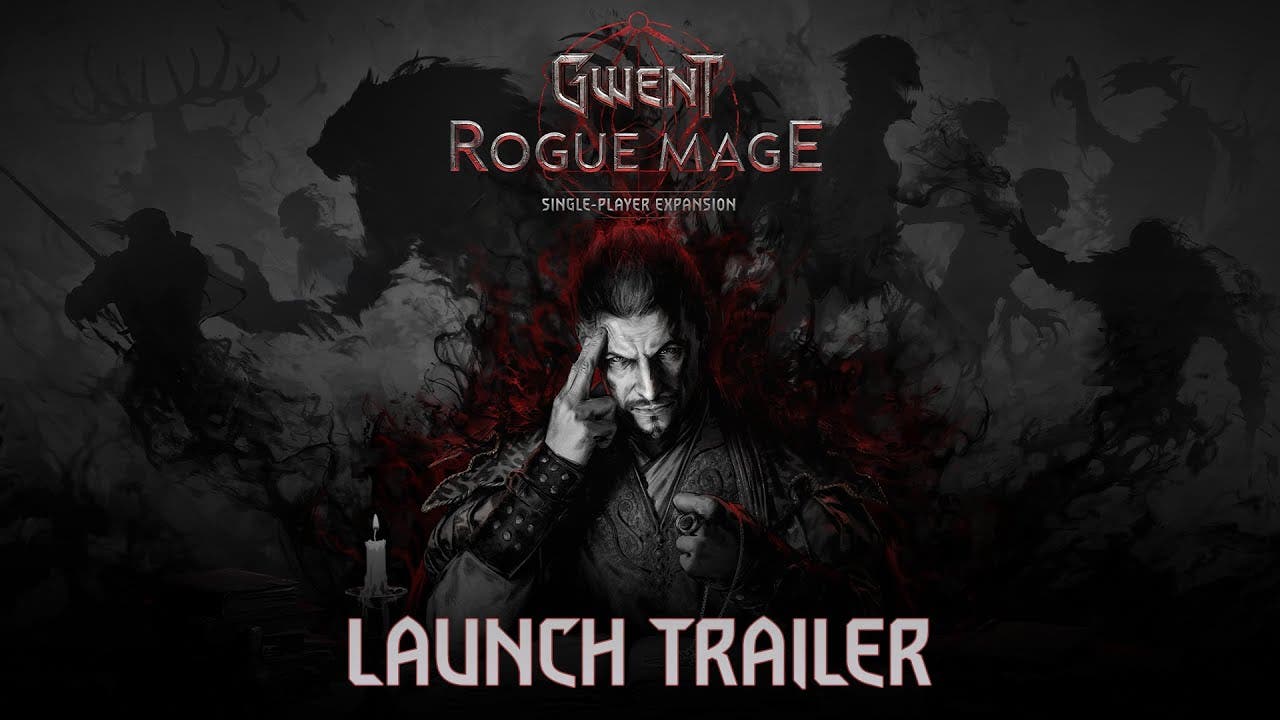 CD PROJEKT RED today announced GWENT: Rogue Mage, the first ever single-player expansion for GWENT: The Witcher Card Game, is now available! The standalone experience is now available for purchase for PC via GOG and Steam, macOS on Macs equipped with the M1 chip and above, as well as for mobile on iOS and Android.

Previously known as Project Golden Nekker, GWENT: Rogue Mage is set hundreds of years before Geralt and other witchers were roaming the Continent, when the Conjunction of Spheres brought endless ranks of monsters into the world. Mankind needed a chance to fight back their onslaught to survive. Follow the footsteps of a young and ambitious mage, Alzur, and his companion, Lily, who embark on a dangerous quest to create a living weapon that will eradicate the monster threat once and for all.

Rogue Mage’s gameplay combines the best elements of roguelike, deckbuilding, and strategy games with the unique mechanics of GWENT card battles. As Alzur himself, players must make their way across a perilous land, fighting their way to reach legendary monsters and harvest precious mutagens to fuel their experiments. The challenges they’ll come to face along the way will require the skillful use of powerful spells and combat resources represented by a vast arsenal of hundreds of cards. These can be further upgraded to become even stronger, as well as chained into combos for devastating results. Progressing through the adventure will offer players a chance to earn legendary treasures, unlock achievements, and climb online leaderboards, as well as customize the game’s difficulty with dozens of modifiers.

Due to its extensive scope and single-player nature, Rogue Mage is distributed separately from GWENT: The Witcher Card Game. Internet connection and GWENT’s multiplayer client are not required to play — the expansion can be launched fully in offline mode at any time. Players can also utilize cross-saves, allowing them to transfer their progress across all supported platforms when logged in via a GOG account.

GWENT: Rogue Mage is available for purchase right now on PC (GOG & Steam), as well as mobile (iOS & Android). Players have the option to choose from two versions, including a Deluxe version — which features the official Rogue Mage soundtrack, three alternative looks for Alzur, as well as digital goodies for use in GWENT: The Witcher Card Game on top of the expansion itself.